Plenty of people are fishing the Lancashire coast this week and fish being caught most days. Bass, sole, hounds, tope, dabs, whiting, dogfish and rays.

The Gynn Wall has been fishing really well but the north west winds have dragged a lot of weed out to sea so frustrating on some tides for anglers but plenty of fish in between.

Ragworm and black lugworm seems to be the best at the moment landing multiple fish.

Over to the boats and big whole mackerel baits have been landing masses of big tope to 41lb. Also double figure huss. 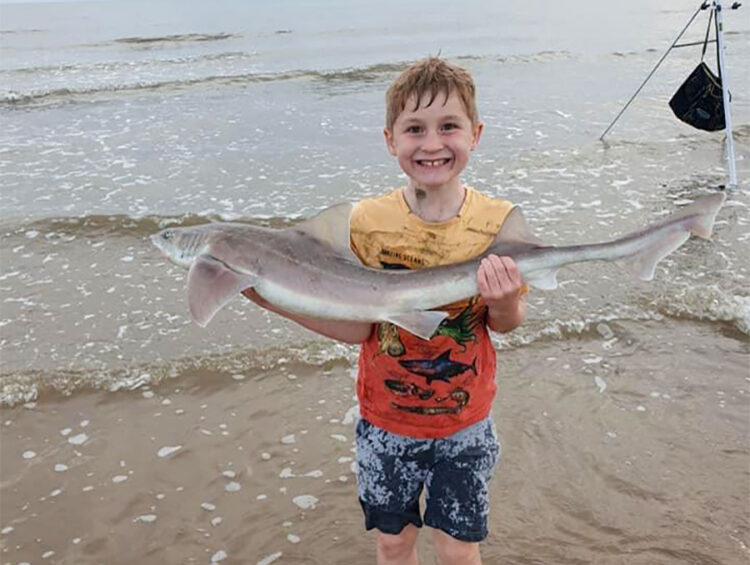 Luke James Boyd with his hound

Fleetwood and District Angling Club fished their annual sole match at the Miner’s Home stretch with 27 anglers competing. Conditions were okay, although a little less wind and a lot less weed would have been better.

Although only six anglers caught sole there was a few other fish about plaice, dabs, flounder, tope, thornback, to many weevers and a couple of smoothhound dropped off.

Surprised no dogs or bass or showed up, but most competitors were using small hooks and worm to target the sole.

Congratulations to today’s winner David Bayliss. David has not been in the club that long and this is his first win.

Results for those who caught sole.

In places the last hour was unfishable the weed in great rafts just where the lines entered the water.

Next week the Club are at Five Bar Gate, with fishing from 2.30 to 5.30pm. The match won’t be pegged to so go to your fishing position soon as you have paid. There won’t be a big congregation of anglers on the prom hence no walkout time. 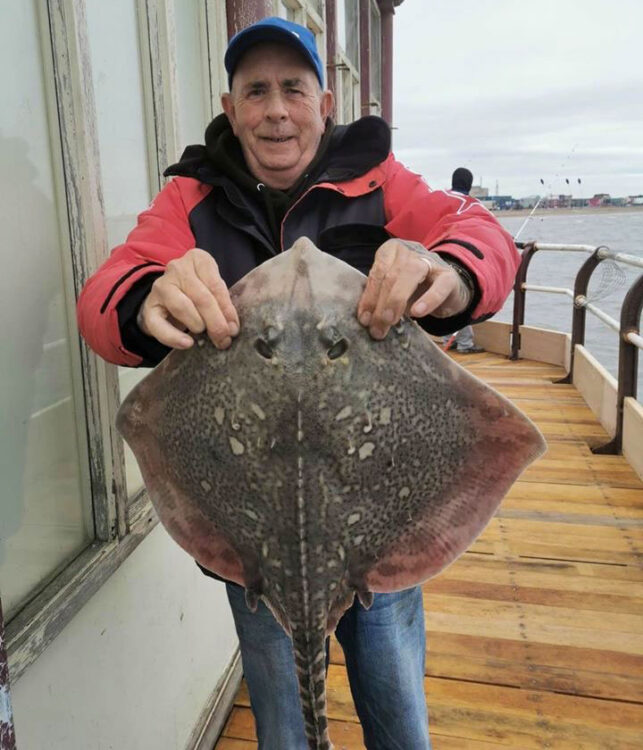 Lee Ferguson with his ray

Lee Ferguson enjoyed a very good day on the pier. He had 16 smoothhounds in total with the biggest making 9lb 4oz together with a ray weighing 10lb 11oz. Lee also caught loads of dogs and tope pups, it was a frenzy to say the least! He lost another big hound to the pier legs when his leader snapped.