Caithness crew clean up at Scottish Open
45 anglers descended on the Orkney port of Stromness to fish the Scottish Open Boat Championships, a three day catch and release event held from Thursday 11th September to Saturday 13th. This year’s event is seen as a precursor to next year’s EFSA European Boat Championships which will be held at the same port.

Thursday dawned to a forecast of SE winds gusting to 40 mph which led to speculation that the boats would be restricted to Scapa Flow. Fortunately, however the cliffs on the west side of Hoy provided sufficient shelter to allow the five boats to fish from the Old Man of Hoy to St John’s Head.

For the anglers who didn’t target pollack ling made up the bulk of the day one catches as cod proved difficult to locate on the limited sheltered marks. Stornoway’s Donnie Morrison took top spot on the first day with 135 points including a maximum of twenty five pollack. The heaviest ling of the three days was landed on Thursday, a fish of 5.1 kg landed by Joe Connolly.

A weather window on the Friday was a welcome respite for all the anglers and boat crews and the wind free day allowed the vessels to venture as far south as The Berries. This day is traditionally a day of upsets as only cod and ling score and with the former again being scarce the ling figured predominantly in the catches on all the boats. Despite the lack of cod numbers George Brown landed an excellent individual fish of 8.25 kg, which was to be the overall heaviest fish of the event. At the end of day two, Thurso angler Derek Yuille took top place with 99 points with Peter Redshaw from Caithness and Shetland’s Mark Duncan both taking their second boat wins together with the Shetland Junior Mark Laurenson so it was all to play for going into Saturday. 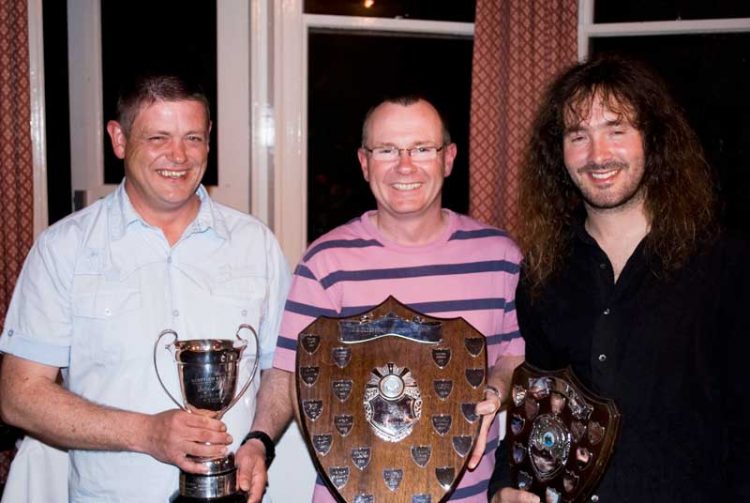 The final day saw the return of the winds and the skippers were again restricted to the sheltered areas down as far as the Yellow Kist. The cod again proved elusive with ling making up the bulk of the catches. Robbie Robertson did however max out on the pollack and had the day’s top score of 166 points. A close, hard fought day saw Peter and Mark both winning their boats for 300% and Peter emerged as Champion on points count back. Mark was top Junior and Nikki Thomson took the Ladies prize.

The organisers are to be congratulated yet again on a well run event.