The fishing is still very much the same this week with whiting, various flatfish species, small bass and dogfish. There have been a few codling off Rossall and Fleetwood Bay.

The codling do normally enter the Bay first spreading to Rossall before venturing south. We should start seeing increasing numbers showing on the Wall and the pier soon.

The dogfish are thinning out now the temperature has dropped at night but the whiting are in huge numbers with some really big ones around, over our normal average size for here. Black worm and rag worm seems to have stayed the best bait with fish baits also productive.

Douglas Kane had a decent codling of around 4lb from the North Pier on Jordan’s rag and squid. He also had six dogfish and four whiting. 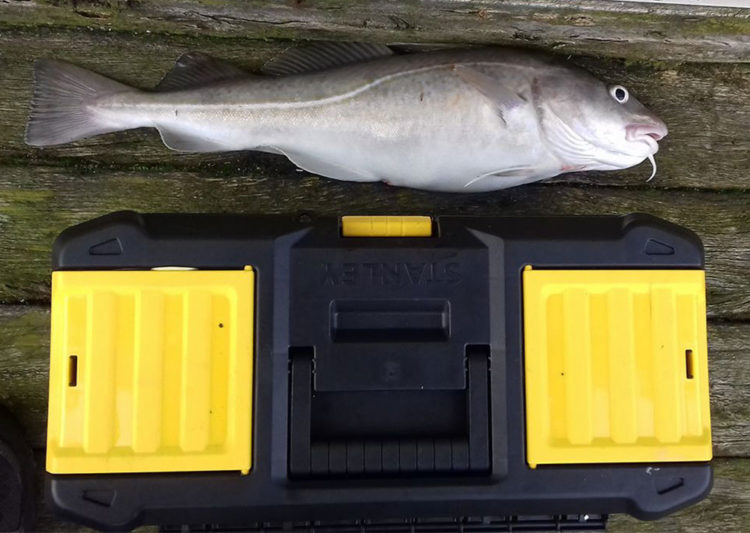 Anthony Ellison was out at Dronsfield Road having not fishing the Flyde coast for a few months. He fished light with one Continental style rod using black lugworm and rag from Jordan Russell. His first cast into shallow water produced a double header of whiting after ten minutes and from then on every cast produced whiting. He finished with 12 whiting for his three hour session.

David Turnbull fished last week over low water at Cleveleys with two mates. The trio had five decent codling to 4½lb, three whiting and a rockling. 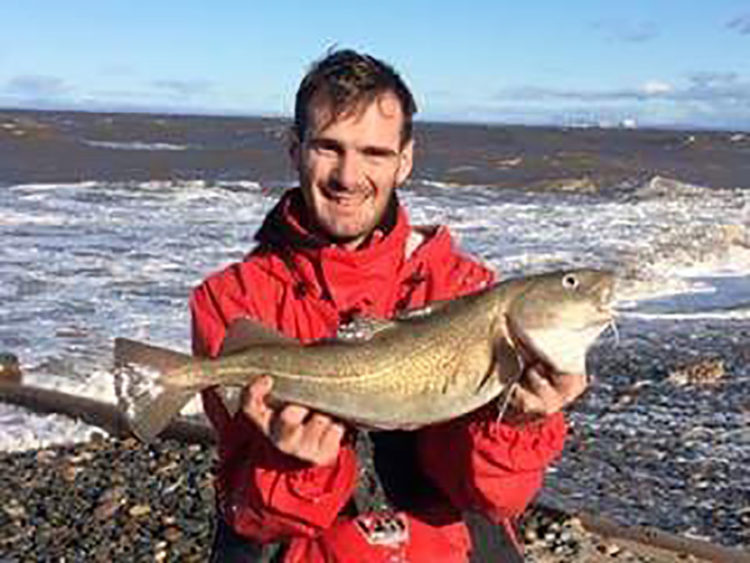 Nathan Pickering with a Fleetwood codling

During a session starting two hours before high water at Marine Beach Christopher Hall landed a nice bass first cast. He finished with 12 fish in total, six whiting, four rockling, a plaice and the early bass.

Carl Lawton also fished at Dronsfield in the teeth of a gale. The quality of the fishing saw him reducing from two rods to one as the whiting hit the baits within seconds of settling. Carl had 14 whiting using black worm and ragworm.

Steve Morris fished Rossall Beach from 3 pm until 6:30 pm where he had his best ever catch of ten fish. Mostly codling, a couple of whiting, a rockling and one unknown, he’s still learning. All fell to Bispham Angling fresh blacks.