Despite a strong northerly wind and rough seas, Skegness Pier Angling Club (SPAC) Match 22 fished well at North Shore Road, with everyone catching fish. Long distance casting was an advantage and Grimsby ace Adie Cooper made the most of his prodigious long casts, to run out easy winner of his third SPAC match on the trot. Using lugworm wraps tipped with squid or mackerel, Adie had a number of triple shots of whiting and dabs, winning the Shipstone Cup with 24 fish measuring 703cm. 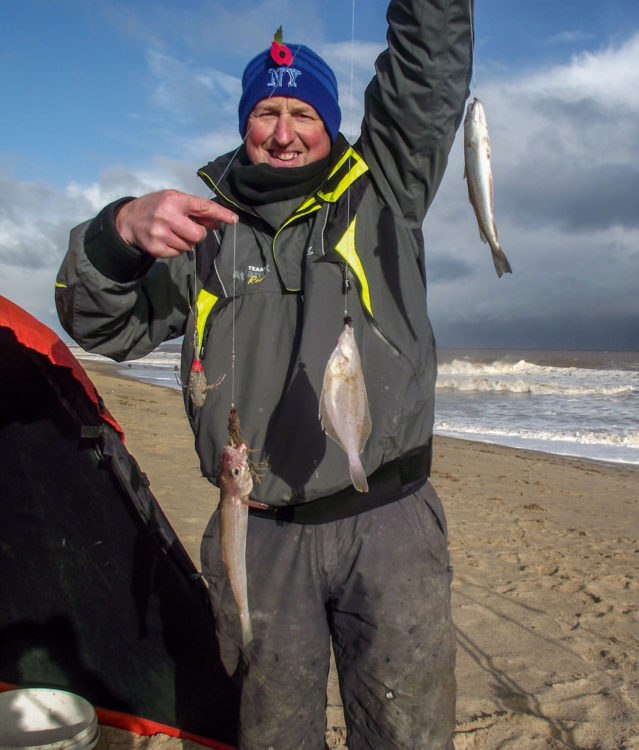 Match winner Adie Cooper with one of his triple shots

Some way behind in second place came Wrangle’s Alan Steadman, taking second place for the third match on the trot with 15 fish for 440cm.

Match organiser Chas Tibble dusted the cobwebs off his beach gear, but struggled to get anywhere near Adie’s distance, eventually taking third place with 11 fish for 295cm. Full result as follows: 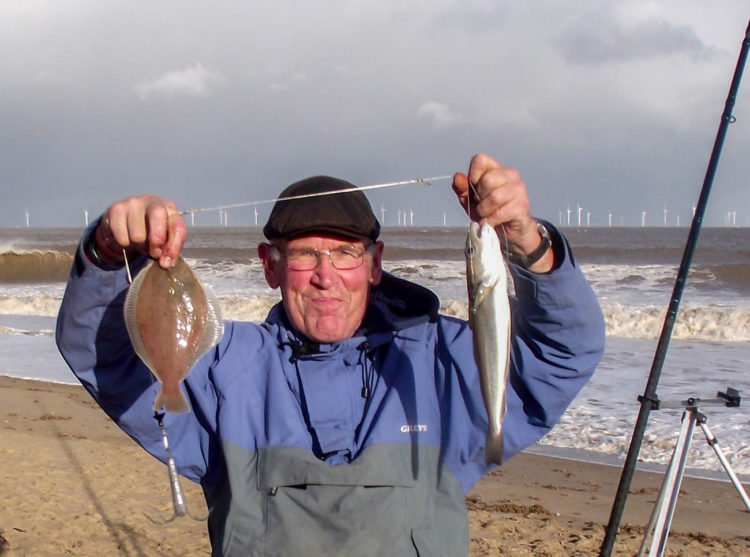 Third placed Chas Tibble with a whiting and dab double

The next SPAC match will be the annual Biggest Fish Rover and will be held next Saturday 18th November from 2 till 8pm. Match HQ is Lakeside Leisure, Trunch Lane and the match is open to all.