Many anglers have been out fishing this week and there have been some nice cod caught together with plenty of action still on the whiting and dab front. Fresh yellow tails have been the bait this week.

Blackpool Federation SAC held its last match of the season on the 9th of December 2018 at Cleveleys Five Bar Gate, fishing from 9:00 to 12:00 over the last 3 hours of the flood.

The team match was won by H&A A with one codling for 94 points, second were H&A C with one whiting for 12 points. A number of anglers caught undersized whiting.

The top individual was Bob Scullion (H&A A) with his codling of 56cm and second was Tom Tate (H&A C) with the whiting of 32cm for 12 points. 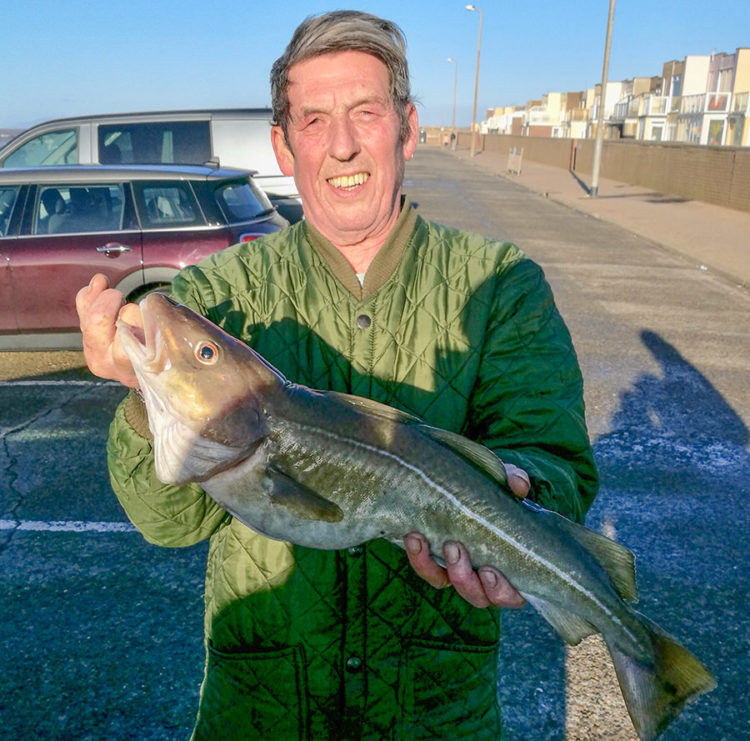 Bob Scullion with his winning cod

Fleetwood and District Angling club found the weather much kinder for their Christmas match. The venue was Beach Road to Marine beach. It was fishable along the entire length with the weed tolerable, although it worsened on the ebb.

The fishing was decent with lots of whiting, a few coddling, the odd dab and a small bass. 34 anglers fished and all caught. Four in size cod were caught with the biggest being fish of 45cm for Ray Rodger and Dave Norton.

Congratulations to the first and second placed anglers Ray Rodger and Mar Taylor. Ray won £72 and Mark £28 plus first pick of the prize table. Altogether almost 200 fish were landed.

Next week the Club are fishing the Channel from 9am to 12noon. 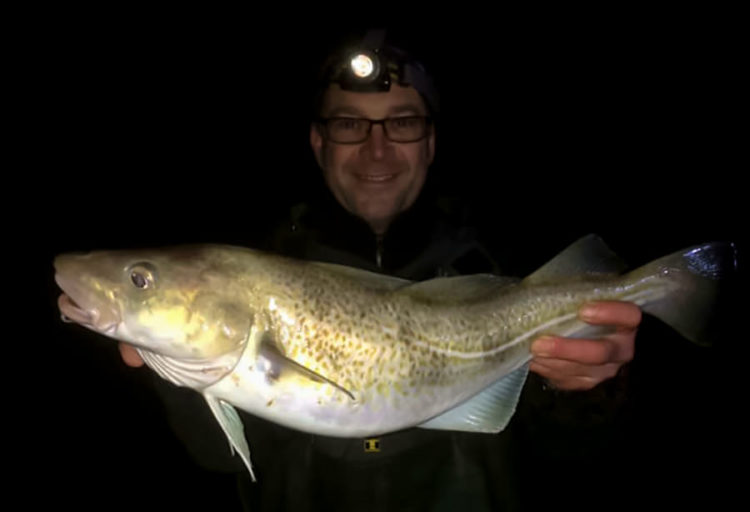 Dave Brown and his cod

Dave Brown was out the other night fishing over low water at Rossall and bagged a cracking cod on live yellow tails.

Unfortunately the Bispham Angling and Lancashire Sea Fishing RNLI match was called off last Sunday due to the weather. The Organisers had to make a decision on Friday to give everyone notice and typically the weather turned out reasonable. The match will be re scheduled for in the new year.

Cleveleys And Fleetwood Channel For Codling