More anglers fishing this week with the big tides but unfortunately only a hand full of codling appeared. I expected them to show up but they didn’t, still seeing quite a few bass though. Whiting, dabs and dogs being the main species but in numbers so good sport.

Dave Brown fished low water on Wednesday morning using light tackle hoping for a few bass. Instead he had a few small whiting, a plaice and a sole all caught close in on fresh lugworm. 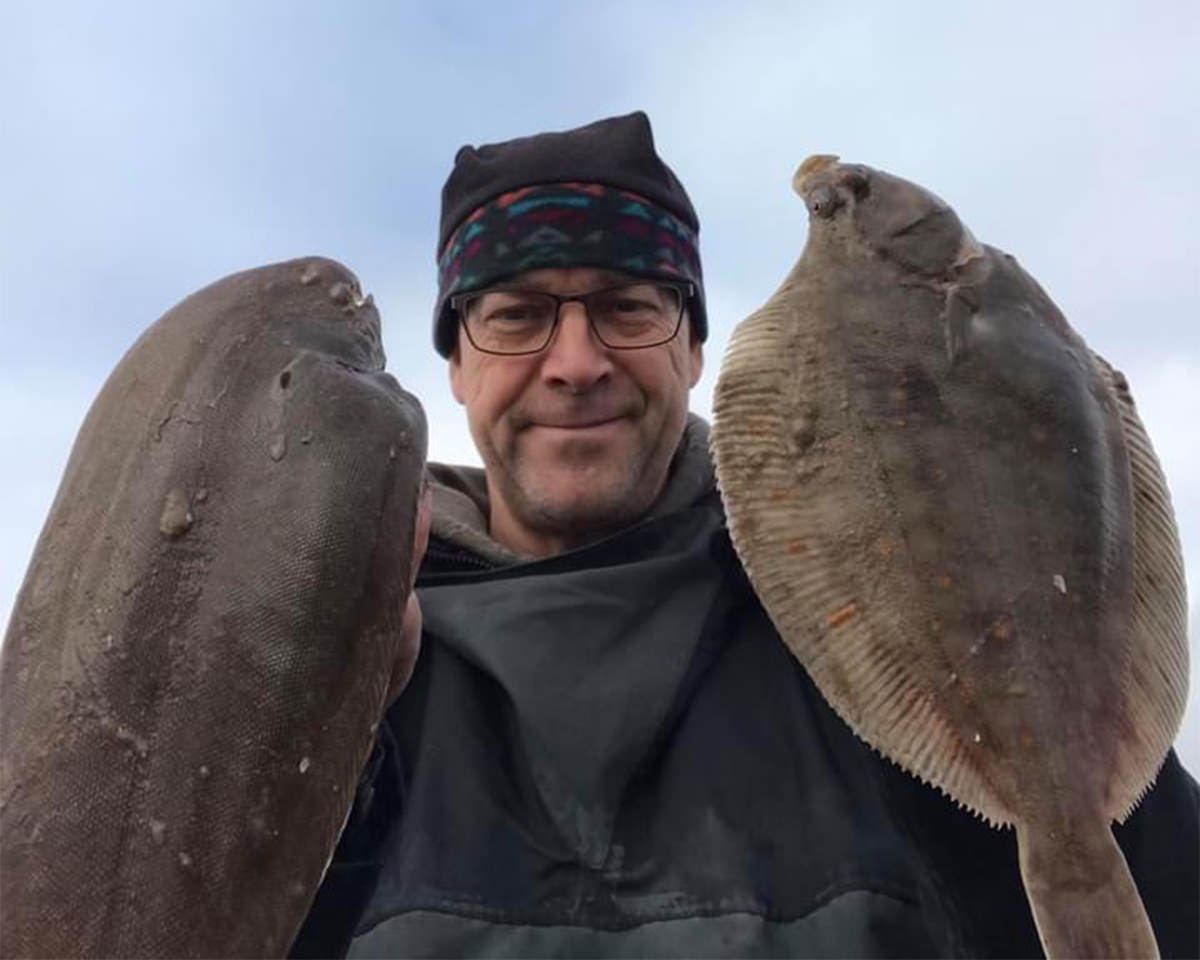 A sole and plaice for Dave Brown

Fleetwood and District Angling Club found their latest match at Marine beach to be hard going.

To start with the wind was from the south west which gave a bit of shelter and as the tide started to cover the beach it was fishable.

As it neared high water the wind increased, swung more westerly and the wave height increased dragging loads of weed off the tide line. It was then almost unfishable, with leads pulling out and the weed dragging tackle downtide.

With everything against the anglers there were still a few fish caught by the nineteen anglers.

The match was a flat and round fish match, but only Blackpool’s Dave Hutchinson had one or each to count. Two bass were caught, one by Dave hutch and a bigger one by Tony Baxter, Hughie Porter also had a dogfish.

Well done to the winners, and also the rest of you for putting up with the conditions.

No club match next Sunday as we have the championship final only open to qualifiers. This is at Five-Bar Gate with fishing from 6pm to 9pm. The qualifying finalists will be contacted during the week. The two wildcard entrants were drawn with John Hodgson as a witness they are Mark Taylor and Dave Wilson

The next club match is on 21st November and is the blind pairs event at Beach Road fishing from 10.30am until 1.30 pm.