After last week’s weed infested match at Mundesley it was a welcome return to the shingle, hopefully weedless, with a Pairs match at Kelling on the shingle.

John Spalton’s lunchtime weather and tide bulletin confirmed that conditions would be favourable coupled with High Tide at 20:44pm. The omens were good for a competitive Pairs match with plenty of fish. That being so it was decided to fish to size limits, it saves all that bother of running up and down the beach with a trace of tiddlers. 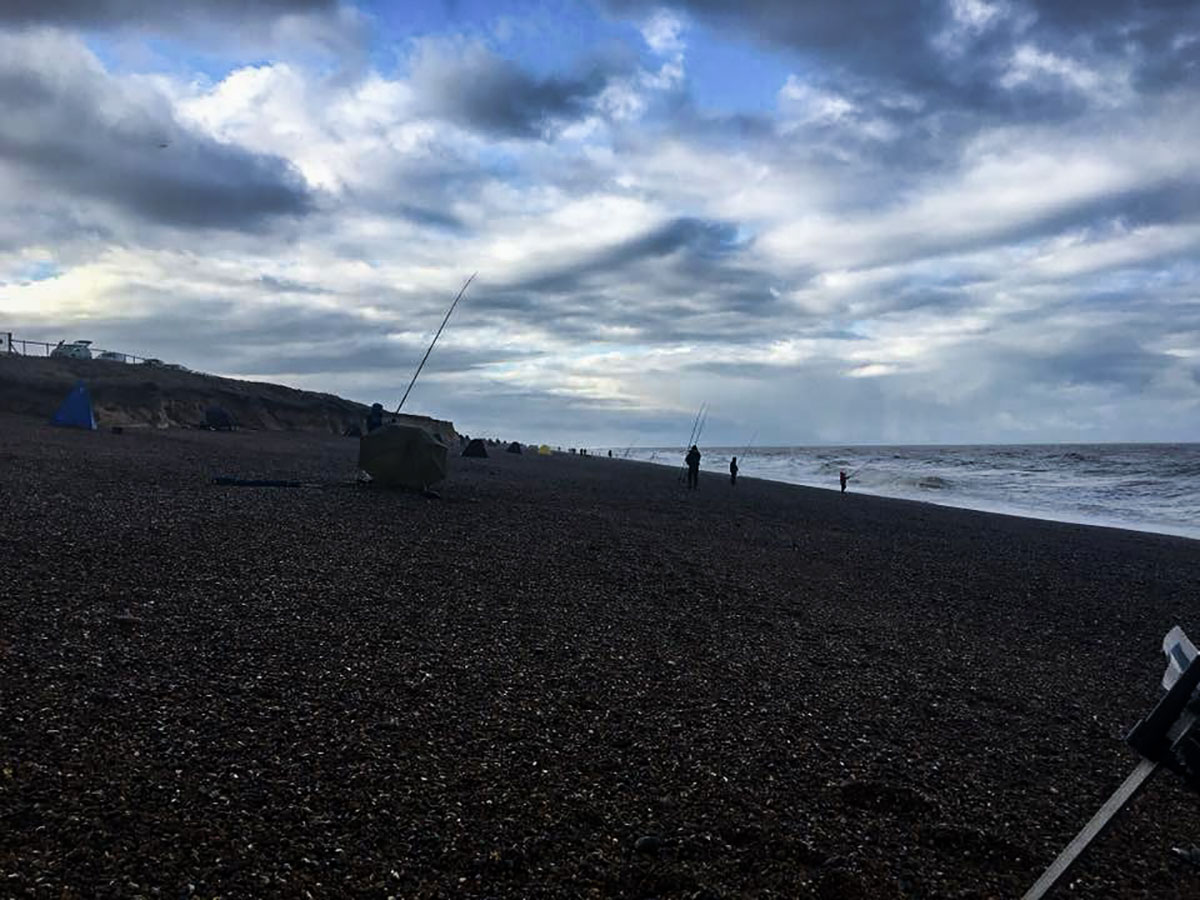 Within 5–10 minutes we started to see the lights and buckets moving up and down the beach with catches being carded it was certainly game on. The fish had turned up!

The biggest flatfish was shared between John Catchpole (peg 5) and Nathan Drewery (peg 6) with dabs of 28cm. The biggest round fish was caught by Jamie Medlar (peg 1), a magnificent 36cm whiting.

It was only when we started sorting the cards was the size of the overall catch truly recognised. Peg 1 had an amazing night with each scoring over 500+ weight points (1065 total)….well done Dave Mathers and Jamie Medlar, a storming night, you need to let us know your secret. Nearest rivals in second position were the pairing of Nathan Drewery/Richard Craske fishing peg 6 scoring a total of 653 weight points, with third place going to the Leon Smith/Pete Simmons combo with 629 weight points

With everyone scoring in treble figures it was a memorable evening. Capped off by a 1 man firework display to signal the end of the match (thanks Russell). Ingredients of a memorable match, good company, good weather, a good peg, good bait and fish fish fish. 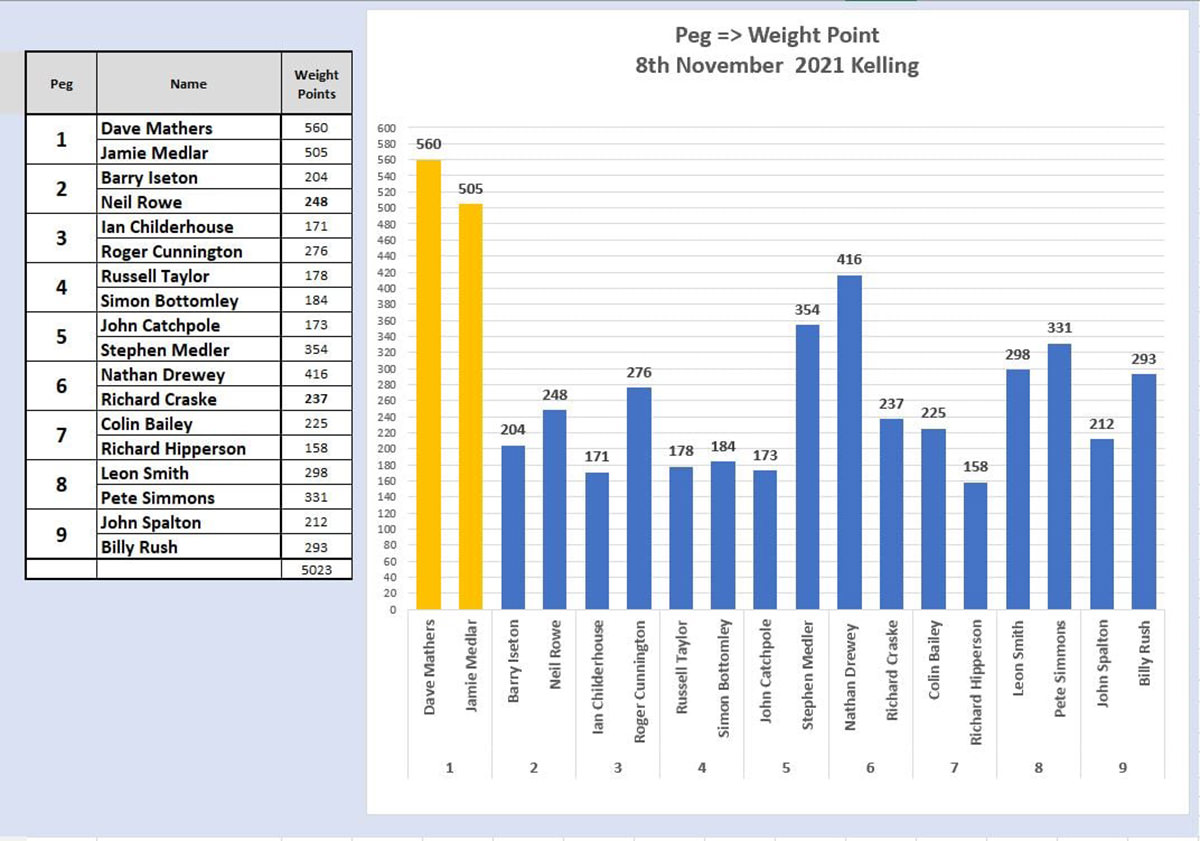