After last weeks pairs match at Kelling it was back to the sand of Cart Gap with hopefully a similar catch rate. Could anyone catch up David Mather’s personal score of 560 weight points of last week? Weather good, tide good, so was it game on for Cart Gap, always a good venue (see NAC web site for past reports).

With 13 booked in it was great to see everyone arrive ahead of time so that we could get an early start. However, with a high tide at 16:30pm you would think that the tide would have been in full ebb by 17:45pm when we all hit the slipway, but all you could see was water, the tide was still significantly in. 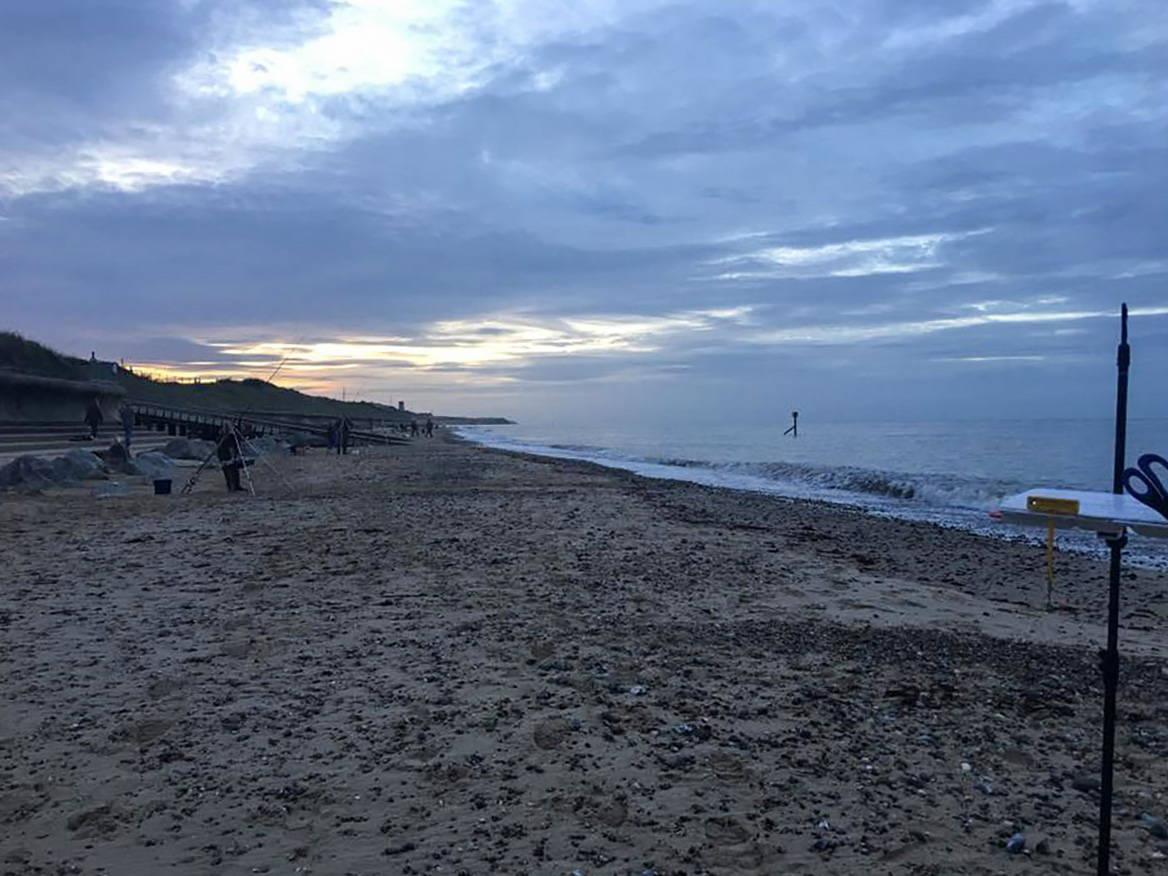 Confirmed that the fishing was to size limits, someone knew that there would be lots of smaller whiting. Looking up and down the beach the early pull ins showed that the whiting were about, with a few doubles and trebles visible. Early on a few 33cm whiting were beached, then the small ‘tings’ arrived.

So, it became a bit of lottery with one of size together with two smaller ones on any trebles being pulled in. By end of the night a total of 207 fish to size limits caught of which 196 were whiting, seven dabs, three rockling and a solitary 1 flounder. For those who like statistics that’s 16 fish per angler on average.

Jamie Medlar on peg 10 picked up the biggest flat with a 28cm flounder, whilst the biggest round fish was a four way share with Jamie, peg 13 Neil Rowe, peg 9 Eamon Finch and peg 8 Simon Bottomley. 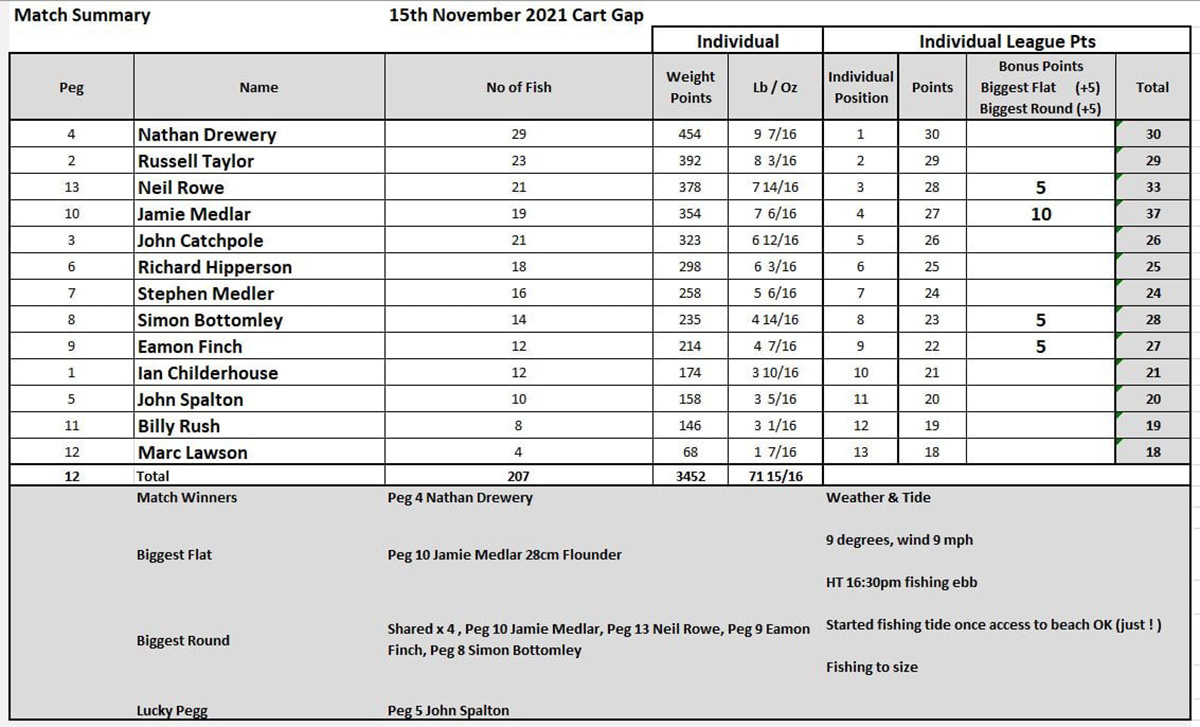 Top rod on the night was the dependable Nathan Drewery fishing off peg 4 with a total 29 fish, 454 weight points (not quite a Mathers!) but an excellent performance (9lb 7oz). Runner up Russell Taylor peg 2 with 23 fish, 392 weight points (8lb 3oz). With Neil Rowe peg 13 picking up the final podium spot with 21 fish, 378 weight points (7lb 14oz). Well, done all, an enjoyable night even though the initial setting up was a bit exciting.

And finally, a big well done to the NAC members (Roger, Russell, Will, John S, and Simon) for fishing the SAMF NSL Final 2020/2021 in Skegness, a creditable performance from all. Good luck to the two NAC teams competing in this weekend’s Team of Five at Gt Yarmouth.