Bill Leaves Them Floundering At Holland On Sea

January can be a hard month to get through with sometimes very little to catch, and we do seem to be in that mode at the moment. Herring and sprat shoals are filling up the estuary as they always do every year, although that should not affect the thornback ray too much.

The boats this week have seen a few calm days and have been able to put to sea. Some rays have been caught along with whiting and a few dogfish. Unfortunately still not much sign of codling, but if like last year we may see a small spring run appear in March.

We really haven’t seen any of those small first year codling for a few years now and without those there is no breeding stock to continue. I am sure it is just a cycle and we will finally get back on the right track.

Colchester Sea Angling Club fished their first match of the year on the Holland on Sea beaches, 26 anglers turned out, a record for the club in recent years. They fished in bright and chilly conditions and the going was tough!

20 anglers weighed in with a catch of mainly dabs, whiting, pouting and flounders. 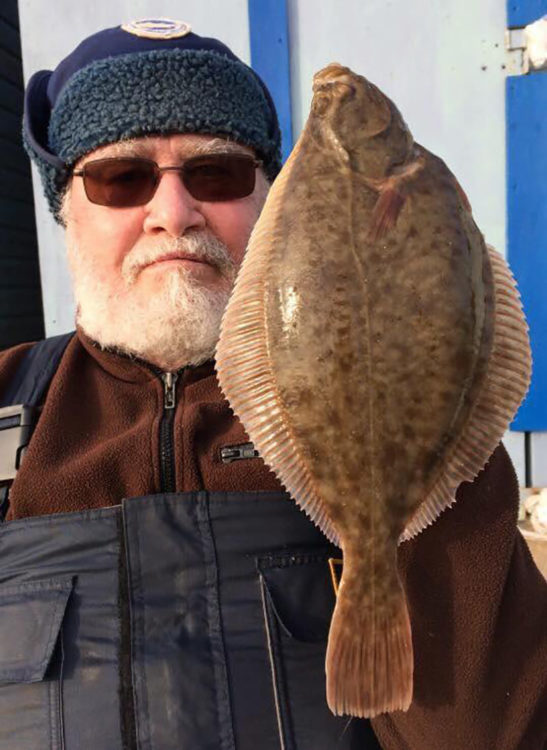 First place went to Bill Paquette with 1lb 4oz which included a 1lb 2oz flounder which won him the heaviest flatfish prize. Second place went to Joe Dubiard with 1lb 2oz, Ken Peacock was third with 15oz. The heaviest round fish prize went to Chris Mills with a 5oz whiting.

The Clacton and Holland beaches have had a mediocre week, with rays being caught on some beaches along with a few whiting.

Clacton Pier has also seen the odd ray and whiting. Walton Pier has been seeing some rays from the top of the pier along with whiting, dabs and the odd dogfish.

The Walton Pier Club fished their latest match here and 15 anglers fished in dry and windy conditions, but with a fairly flat sea. It was never going to be an easy match and so it proved, sizeable fish were few and far between.