The Bank Holiday weekend arrived and so did the glorious weather with calm seas and plenty of sunshine, boat anglers took advantage.

Thornback ray are still about in abundance with some of them hitting double figures. Smoothhound packs seem to be slightly earlier this year considering the awful early Spring that we endured. There is plenty of sport to be had from these hard fighting mini sharks.

Spurdogs are also being caught from the boats that venture further afield although their season is short and soon they will have moved on.

Dogfish seem to be everywhere now and not every angler is keen on catching them as they can be a problem when targeting other species.

The bass shoals are also feeding well and hopefully will carry on during the Summer, please remember that all bass caught must be returned as quickly as possible.

Young 15-year-old Charlie Wheeler fished from his dad’s boat off of the Jaywick coastline and landed the biggest bass reported this year weighing in at 12lbs 2oz. 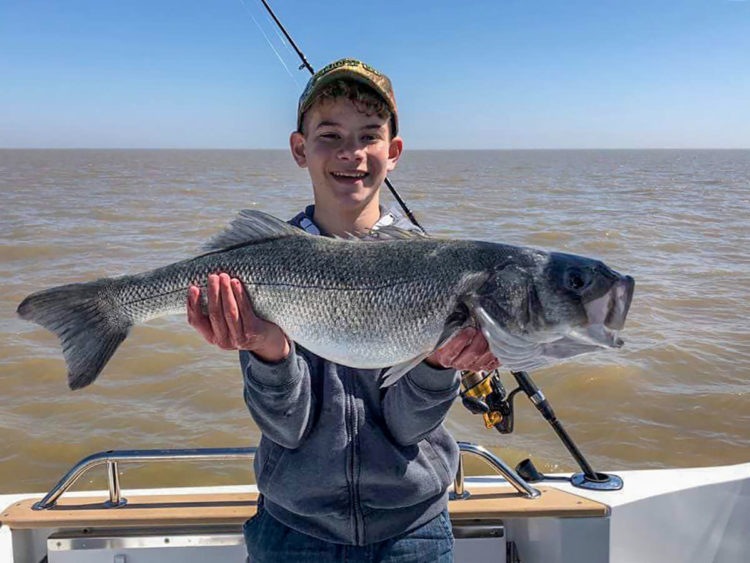 The beaches are also now turning into summer mode although after dark will increase your chances of catching, the bright sunshine makes for difficult fishing as most of the fish will stay offshore.

Rays are still showing from St Osyth beach along with bass and dogfish. The dreaded may-weed that clings to anglers’ line making fishing difficult has started. It is caused by sunlight causing algae bloom to grow rapidly. It will only last a short while and we just put up with it.

Clacton Pier is still reporting thornback ray with the biggest this week falling to local angler John Rickwood weighing just over 10lbs. Still plenty of dogfish to be caught from this venue along with bass and a few small smoothhounds.

The Holland beaches have been quiet during daylight hours, but rays, dogfish and bass are being caught after dark.

The Walton Pier Club fished their latest match on the stem of the pier. 15 anglers turned out and were greeted with a sunny and very warm day. A wide variety of fish were caught although most were on the small side. Bass, eels, pouting, whiting and small smooth hounds were the main catch.

The top of the pier has been fishing well this week with dogfish being the main catch and the odd thornback ray although to increase your chances of catching here, after dark is the way to go.

Those hard fighting garfish have arrived around the pier and are great sport on light rods and tackle!

Colchester Sea Angling Club headed to Felixstowe for their league match. 18 anglers turned out on a breezy day. The fishing was good with nearly all anglers weighing in. Winner on the day with a mixed bag of fish for 8lb 15oz was Mark Sessions, second place went to Olly Yallop 6lb 12oz with Vic Pearce in third with 6lb 4oz. Olly won the heaviest fish prize with a 2lb 2oz thornback ray.