The number of rays is unheard of up and down the Lancashire coast from South Shore to Rossall. They have been landed from the Wall, beach, pier, boat and it doesn’t seem to matter if it is low water or high.

The Bispham Angling and Lancashire Sea Fishing match was fished last Sunday with 29 adults and two Juniors fishing. The match was held from Red Bank Road to the Miners’ Home on the Gynn Wall.

Fishing proved difficult for the quantity of fish but the quality was there with good sized rays up to 8lb. The species recorded during the event were smoothhound, thornback ray, whiting, rocking, dab and dogfish.

Longest fish prize of a £10 voucher went to Jordan Russell for his 58cm dogfish. 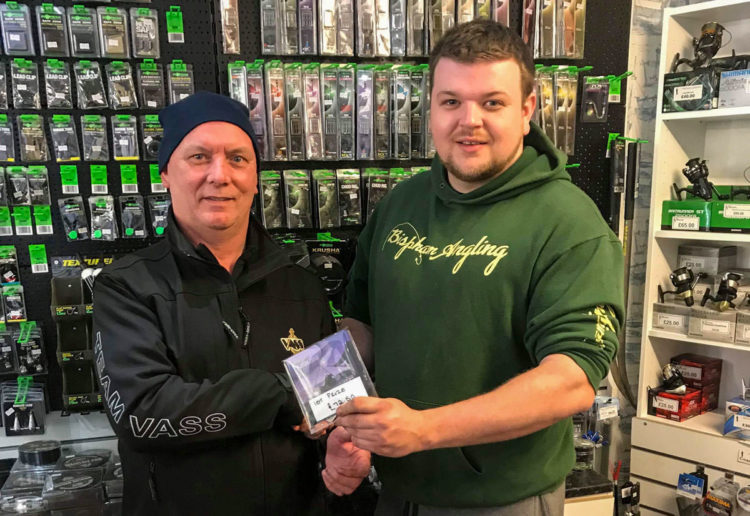 Top Junior was Nick Mclintic with one fish which won him a £10 voucher.

The Organisers thank everyone who attended and hope to see you at their next match.

Last Sunday Fleetwood and District Angling Clubs fished their latest match on the Gynn Wall as a rover. It was a best best flat and round fish match.

Around eight different species were caught with eleven of the eighteen anglers weighing in.

It was close at the top. Trevor Barnett had the biggest thornback at 51 cm beating Ray Rodgers 46cm thornback. The results were reversed with the flat fish as Ray’s 40cm plaice pipped Trevor’s flounder. 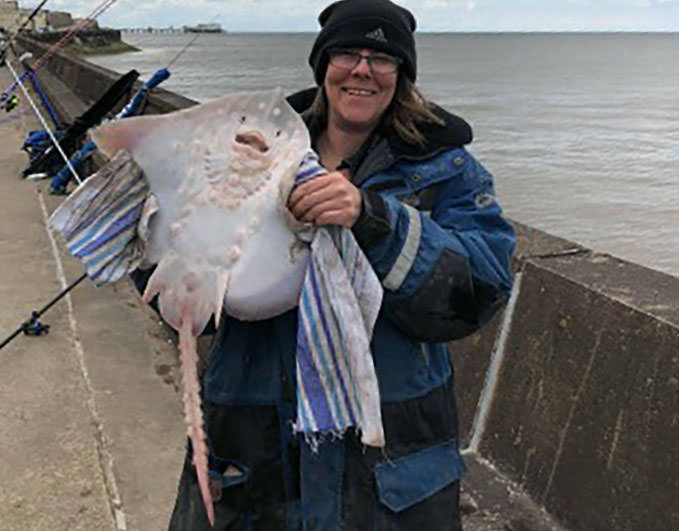 Kelly Lonsdale with a thornback caught on the Gynn Wall

A number of baits worked today with crab, bluey, mackerel and squid all catching.

All the others only had single species

Next weeks match is for the best pair of flatfish and will be fished at Sunderland Point.

Blackpool Federation SAC held their second match of the season the 22nd of April at Lytham fishing from 9:00 to 12:00. This would supposedly cover fishing 1½ hours either side of low water, but at the end of the match the river was still ebbing. The fishing was very patchy with most anglers only managing one or two flounders. 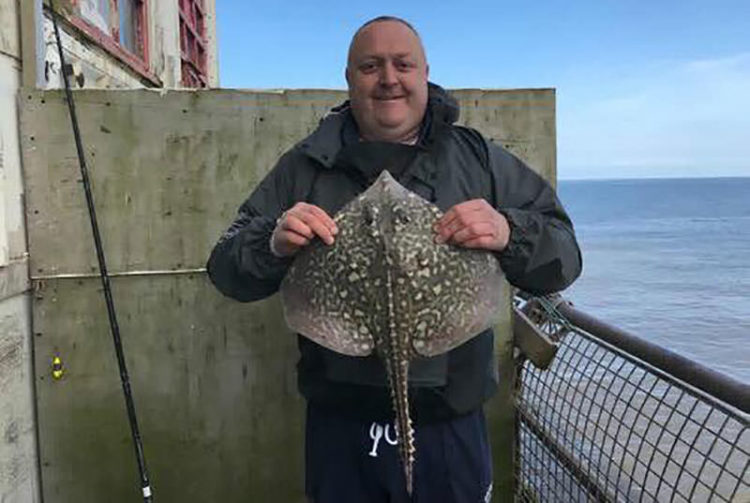 North pier member Anthony Gouldthorpe with his first ever ray

The team match was won by H&A C (six fish) for 126 points, second were was LMS B (six fish) for 122 points and third were H&A A with four fish for 90 points. The top individual was Bob Scullion (H&A A) with four flounders for 90 pts. Runner-up Tony Gorse (LMS B) had four flounders for 86 pts and third was Barrie Horrocks (H&A C) with three flounder scoring 72 points.

Best bait was peeler crab tipped with bluey or mackerel. The next match is on the 13th May with fishing from 8:30 to 11:30 at Stannah.