Trunch Lane had been fishing really well all last week, so expectations were high for yesterday evening’s Skegness Pier Angling Club (SPAC) match held from 4 till 8pm at the popular venue. But as is so often the case, the wind turned round to an unpleasant north easterly for the weekend, which picked up a lumpy sea, putting the anticipated thornback rays and lesser spotted dogfish off the feed.

Despite the SAMF Masters taking place from Norfolk beaches, we had another great turnout however, with 16 anglers booking in at the Lakeside Leisure Café, by kind permission of the owner John Cook.

Once again we had great support from travelling anglers and were even graced with the presence of Grimsby legend Roy Munro, fishing his first ever SPAC match. 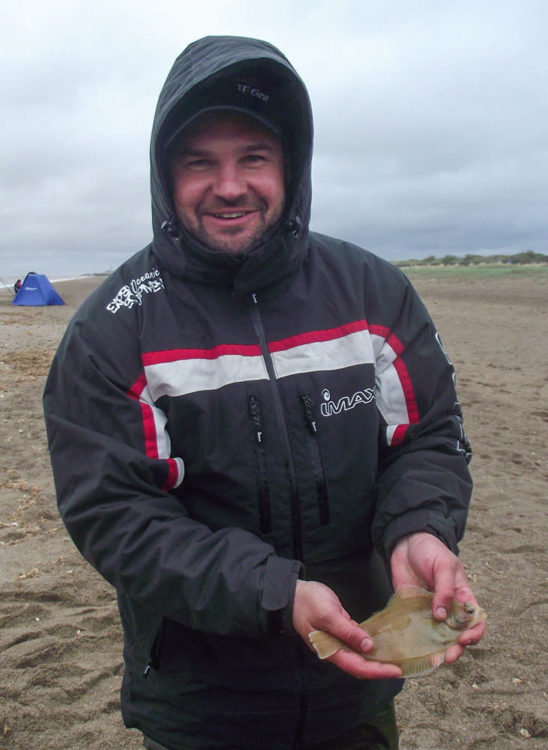 As the tide crept up the steep bank in front of the anglers, the odd flatfish started to be caught by the shorter casters dropping into the calmer water behind the waves. Then Matt Brewer caused a stir by catching a 49cm cod on blow lug, again at close range. Shortly after, Matt pulled out a 27cm dab and he was the man in the driving seat. Boston based Vaidas Liebus had already carded a decent dab, then followed it up with a 29cm sole and shortly after another dab, which put him just in front of Matt.

“Angler not a Dangler” Bob Foster also caught a couple of flounders; then Dylan Morgan found a little pocket of flatfish, catching a couple of small flounders, a dab, then a strong bite resulted in a nice 33cm flounder.

Grimsby ace Adie Cooper was struggling to find the fish, then with about half an hour to go, hooked into a nice 29cm dab to add to the small flounder he had caught earlier. Adie needed something decent to challenge the leaders, so he whacked a two hook rig as far as he could, to try to find a dogfish. Five minutes later, he had a massive slack line bite; but despite running back up the beach and winding like a demon, the bite was missed and his chance of glory was gone. 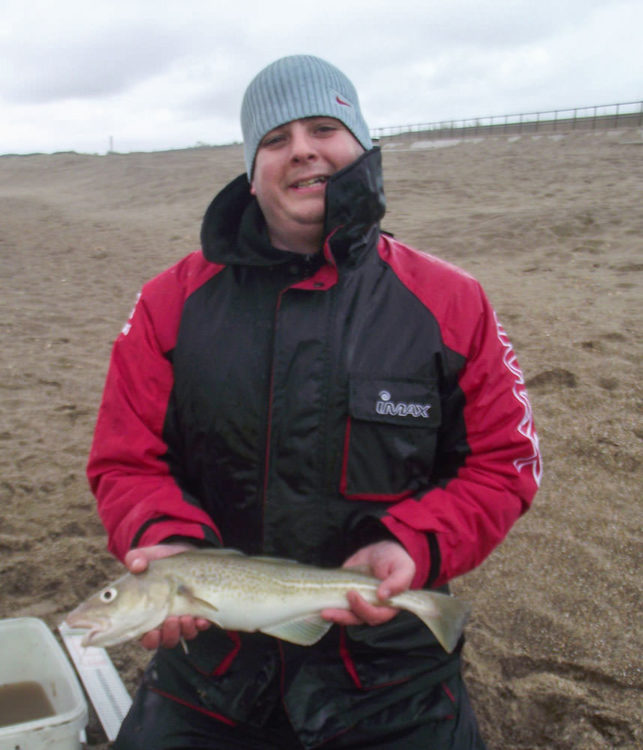 Second placed Matt Brewer with the longest round fish

One or two more flatties came ashore as the tide dropped, then Bob Foster caught a double shot of flounders on his last cast.

But it was Vaidas who ran out as the winner, ending up with six flatties measuring 144cm. Matt Brewer came in second with four fish for 123cm, winning the Hewison Cup as a SPAC member and also won the longest round fish prize for his cod. Dylan Morgan framed again in third place, with four flatties for 111cm and his 33cm flounder won longest flatfish.

Next SPAC match will be held on Sunday 13th May from 11am till 4pm in the tidal River Nene at Sutton Bridge, with Club Members fishing for the Frank Parkins Shield. For further information please contact SPAC Secretary Chas Tibble on 07984 967988 or chastibble@hotmail.com