Minehead hosted this year’s annual AT boat angling competition, maintaining its well earned reputation as a strong alternative venue to the south coast options and this was reflected in positive comments by all the attending anglers.

HQ for the event was The Ship Aground pub and a more convenient facility for angling would be very hard to find throughout the country.

Minehead is sheltered from most wind directions with only strong north westerlies liable to disrupt the fishing. The advance forecast for the weekend caused the organisers a considerable degree of concern and, with some anglers driving hundreds of miles to compete; it was disconcerting to find the weather prediction on Friday evening was for 18-20mph winds from the dreaded direction. However, on Saturday morning the weather gods had smiled upon the anglers and given us southwesterly winds, providing an element of shelter from the Exmoor Hills. To counter balance this we had to endure several hailstorms and almost continuous rain throughout the day and severely testing the viability of so called ‘water proof’ jackets and trousers. The most appropriate one word summary from an angler was simply ‘grim’.

The plethoras of dogfish that sometimes occupy the channel were noticeably absent and this allowed other species to locate the baits with the competitors able to target species rather than adopt a scattergun approach. The scoring system provided for one hundred points for the first five fish of any species and only two points per fish after that, directing anglers to cover as many species as possible

The predictable aspect of fishing in the Bristol Channel at this time of year is that it is unpredictable. When trying to brief those less experienced at the venue as to what would be caught in the coloured waters, it is simply a question of reeling off about twenty species. For some on the first day, the initial five casts provide different species on each drop. On a mark where the main targets were supposed to be dogfish, pout and poor cod, the boating of gurnard, tope, smoothhound, bass and huss demonstrated the wide variety available. This also demands thoughtful angling and tactics to deal with the options. 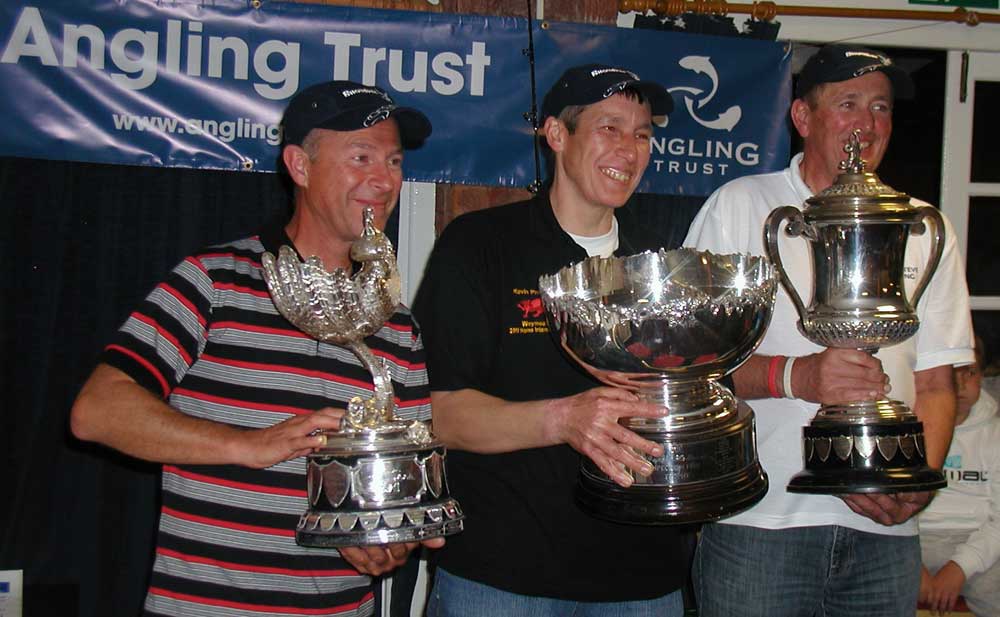 Each skipper providing regular hot drinks to keep the anglers warm and defrost the numb fingers admirably countered the weather. The anglers who adapted their tactics and produced boat win on Saturday were, Ray Barron, Steve Batchelor, Kev Preston and Rob Shattock.

Day two provided glorious autumn sunshine and lovely calm conditions. Polo shirts were the order of the day once the initial chill had lifted. The lessons of the previous day were applied by the anglers and there was a general uplift in the fishing as demonstrated by the returned score sheets. Again, after the usual stint in Porlock Bay the boats dispersed to various points west in search of fish. However, it was clear from the previous days fishing that there was no need for the boats to travel too far as the fishing to the west towards Foreland Point was less than prolific.

Again, the species targeting proved the way to go backed up by the bulking fish numbers and Rod Adamson, Kevin Sampson, Steve Batchelor and Kev Preston all achieved 100% scores.

Over the two days, sadly, there was not a single ray or cod caught and the only trigger fish encountered managed to escape before netting. However, despite the excess of freshwater in the channel, in all some 20 species were recorded by the anglers.

The presentation took place in the function room of the Ship Aground following the buffet and raffle. The raffle raised in excess of £600 for the local RNLI station that is located adjacent to the venue.

The event was one by Welsh internationalist Kevin Preston who pushed Steve Batchelor into second place on number of fish count back. Third spot went to Rob Shattock. A full list of the individual results can be downloaded here.

The pairs event was won by Kevin Preston and Jonathan Law with Dave Mann and Cliff Newbold in second place, the winning margin was less than 1%.

The winning drawn four-man team was Kevin Preston, Johnathan Law, Dave Mann and Gareth Croft. Kevin also lifted the prize for the most species after landing thirteen in total and the top skipper was Steve Webber on Osprey.

Organiser wish to thank the sponsors Snowbee who supplied some excellent prizes from their superb range and huge thanks to George at Tronix and ‘Stainless Steve’ for their quality items and generous support.

Thanks also to the skippers Mike Dyer (Atlantic Blue), Steve Pilbrow (Fulmar-get the new boat in the water quick Steve!), Albert Hartigen (Orca) and lead skipper Steve Webber. Many thanks for the tea, company, advice and general tut tutting.

Squid fishing from the shore explained