Thornback ray seem to have moved in closer again for both shore and pier anglers. Although the rays that have been caught are not particularly big they are still great sport. Plenty of small whiting to be caught but very few cod.

Colchester Sea Angling Club headed for the Harwich beaches for their first Rockling Challenge Match. Rockling are a small mottled brown fish with small barbel around its mouth and are indigenous to our coast-line.

Once again it was difficult to get through the hordes of small whiting even though most anglers were only fishing just a matter of a few yards out. Finally, a steady stream of rockling came on the feed which also included a 30cm bass for Martin Close, which did not count! Top spot went to Mick Bradley with 15½oz followed by Steve Yallop on 10½oz and Phil Buy with 9oz. Neil Cocks weighed in the heaviest rockling with a 5oz specimen.

Shane and Wendy Pullen fished Clacton pier on Thursday and Wendy hauled out a PB thornback ray using herring on a pulley rig. 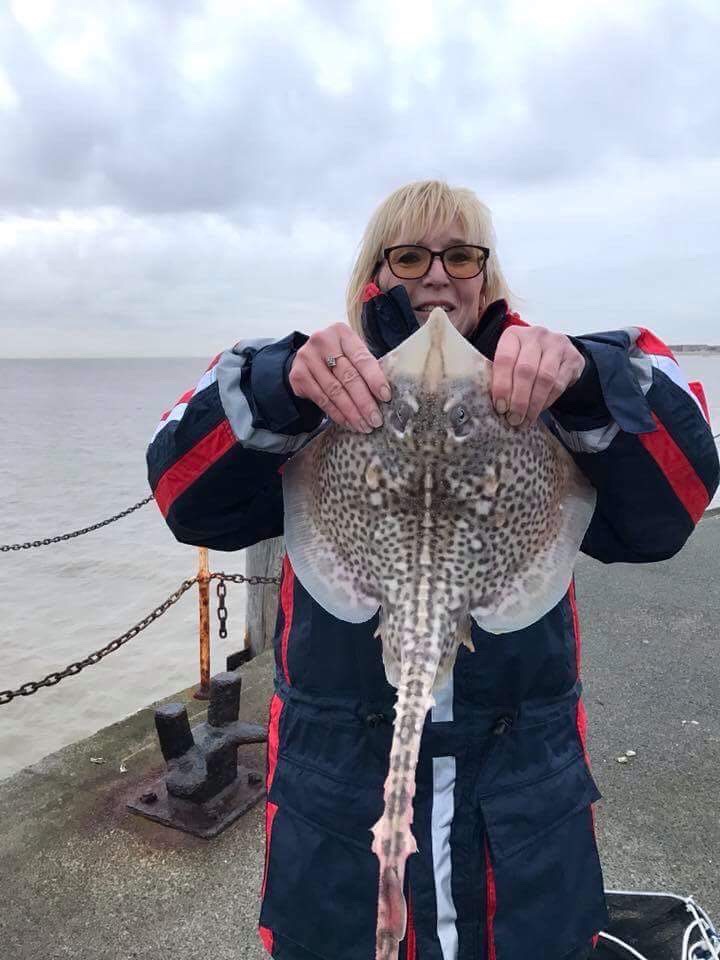 Walton Sea Angling Club held their first match of the winter season on the local pier. They fished the stem of the pier on an ebb tide with a strong north-easterly wind blowing. Plenty of whiting were caught. Top angler on the night was Nik Highfield 7¼lb, with runner-up James Everett two ounces behind. Third placed Chris Mills weighed-in 5lb 5oz. Species caught were whiting, pouting, dabs and a solitary dogfish. The heaviest fish prize went to Chris Mills for his 10oz dogfish.

The top of Walton Pier has seen the odd ray and dogfish and in calmer seas the dabs have been feeding.

The boats have had another slow week. Clacton Boat Club members Dave Hollands and Rocky Rochelle launched from their boat club ramp and fished around the Gunfleet sands area. They reported nothing but whiting and the odd dogfish. Dave told me that most of the whiting landed were now feeding on sprats.

Neil Marples fished from his boat Milore off of the Walton coast and he also caught plenty of whiting and also said that they had been feeding on sprats.

As we now head into December it can always be a difficult period in the anglers’ calendar and this year seems to be no exception.