Another quiet week, we should now be in full swing with our winter fishing, but alas I have no significant reports of cod! I was talking to one of the commercial skippers from the Lowestoft fleet and he said that our local cod stocks this year are virtually non-existent. I hate to be all gloom and doom and I am sure that in future years our cod stocks will replenish, but I think it could be a long haul.

Hurricane Angus hit our coast at the weekend bringing high winds and heavy rain, which in previous years would have helped the cod fishing but the storm hasn’t really brought on any feeding fish.

The Walton Pier club fished their latest match on the local pier. 21 anglers fished in wet and windy conditions. The match was a secret pairs which makes things that more interesting as competitors don’t know who their partner is until the match has finished. 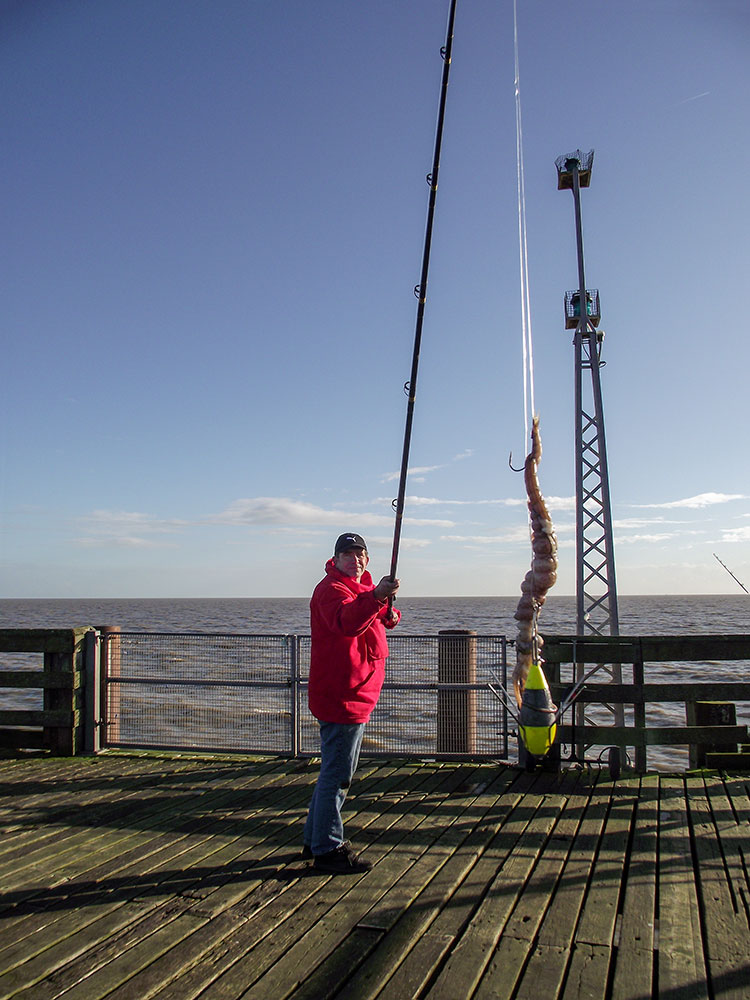 262 fish were weighed in during the 4-hour match and all anglers caught fish. Whiting, pouting, dabs and only the odd codling were caught. Top spot went to Collin Harris and Andy Grant with 16lb 3oz with the runners-up, John Spencer and Peter Harris weighing in 15lb 7oz. Fred Parker and Andy Westhorpe finished third with 7lb 10oz. The heaviest fish prize went to Andy Grant for a 1lb 7.5oz codling.

Walton Pier in general has continued to see plenty of whiting being caught with some bigger fish showing on the night tides. The odd small thornback ray is also being caught from the top of the pier, plus dabs are showing well in calmer conditions.

The boats have had a mixed week, with some boats opting to stay in harbour in the choppy conditions. Those that did fish caught thornback rays in the 6lb-9lb range plus still plenty of whiting, once again not one cod to report.

Summing up this week I cannot really ever remember a time in all the years that I have been fishing that the North Sea has been so void of codling. The breeding seasons for these fish don’t really show what is happening until the next Spring, when in previous years we would see lots of 6-9inch codling appear in our waters. These fish would be our 1lb.5oz fish for the next year.

Until we can turn the tables and preserve what little cod stocks we have the next seasons will also prove difficult for us.

If you have any photographs or reports you can contact me at popplewell1@btinternet.com.

The high tides for the weekend are Saturday 09.30am and Sunday 10.13am