Those smooth-hound packs seem to be in full action from the boats this week, with calmer weather for the whole week most of the charter and private boats have taken to the water. Bass are showing well from most venues, with the Gunfleet sands looking like the place to head for. Please remember they still have to be returned.

Tope are also showing on the further marks on the smaller tides, fresh mackerel will be the bait and with clearer seas they are being caught quite regularly.

Colchester Sea Anglers headed for Two Tree Island to fish from the charter boat Marlin, and with smooth-hounds being reported in numbers, there was a good chance of some heavyweights being caught, and so it proved. Mark Sessions caught the most – 19 in total, and Neil Cocks caught the heaviest weighing in at an impressive 14lbs 2oz. 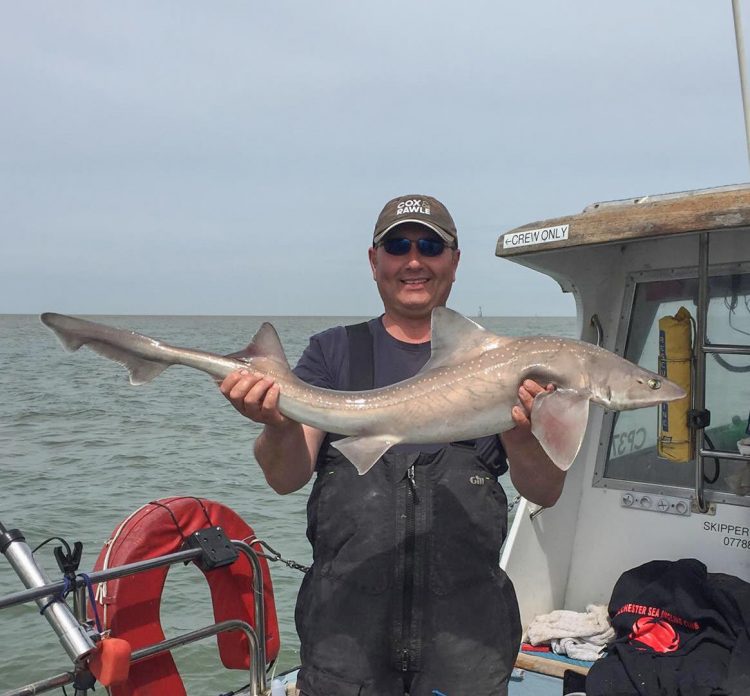 The kayak boys headed up the River Stour towards Wrabness in search of some sport from the bass. Alan Tipple told me that weed was still a problem and made fishing difficult, but they did catch fish, no monsters but enough to make the trip worthwhile. Alan, Sandie Davis and Danny Smith caught 10 fish between them, once again all the fish were returned.

Thornback rays have thinned out somewhat for the boat angler, but from the shore and piers they are still being caught with some regularity.

As we now enter early summer the beaches and piers have been up and down. The evening tides have fished far better, but that is probably because daytime tides have mostly been bright and sunny sending those fish into deeper waters.

Sameer Jafferbeg fished the Walton beaches on an evening tide and caught eight bass over high water, the biggest weighing in at an incredible 10lb 14oz, caught on sand-eel baits. Once again all the fish were returned. Sameer’s bass is the biggest I have had reported from the beach this year.

Walton Pier has also been spasmodic this week. On some tides the thornback rays have shown well and other tides have been very poor with just a few small bass, pouting and whiting caught.

My trip this week was to Walton Pier and to be honest I struggled to catch anything big. The weed that I have written about for weeks now seems to be in decline and I didn’t have any problems at all. All I could manage was a few small whiting and pouting, but I did manage two nice soles later on in the tide caught very close to the pier on ragworm baits.

The Frinton beaches have been quiet, but for some reason anglers tend not to fish here so much during the summer months. Evening and after dark will see soles, rays and bass and in certain areas stingrays will be caught, but without anglers fishing it is difficult to give an accurate report.

The Holland beaches are still seeing thornback rays being caught, plenty of bites from small bass and eels. 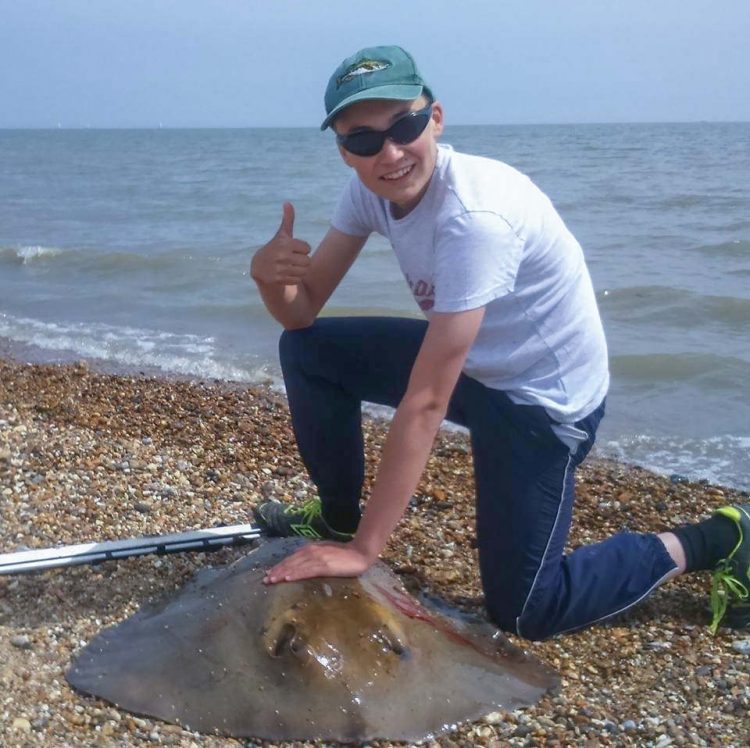 St Osyth beach is still our jewel in the crown this week, with thornback rays and the odd stingray being caught. The weekend saw anglers traveling from all over the country to fish this beach, fish were caught but not in any numbers, thornbacks were showing from in between the rocky groynes.

Pride of place has to go to Colchester Sea Angling club member young Oliver Yallop who managed to land one of those big stingrays on a ragworm bait! A great feat for a junior angler.

Fishing for Stripers at Nubble Light