A bit of a mediocre week, with small tides and high pressure moving over us. Winds have been light, which was great news for the boats but the fish were really not showing as they had in the previous week. Charter and private boats alike reported smaller fish, lots of dogfish that were taking the bait before anything bigger could find it. Small thornback rays, bass and some codling to around the 5lb mark. The smoothhound packs have diminished this week with only a few reported, and we are now seeing the end of the season for these summer pack fish. 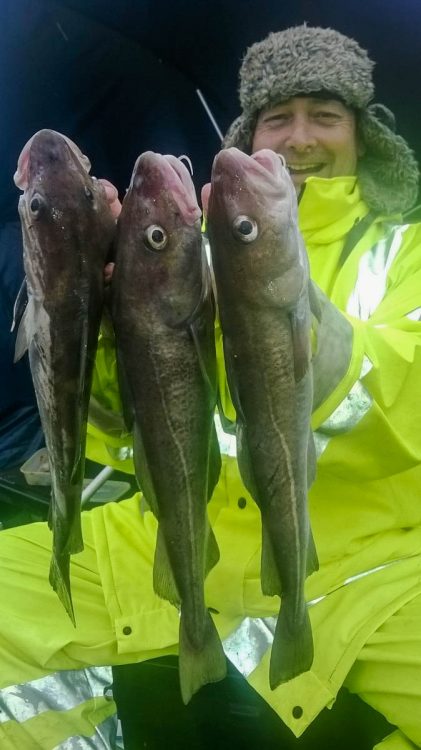 The beaches and piers have also had an up and down week. Walton Pier has probably fished the best this week. Chris Mills fished here at the beginning of the week, when that northerly wind was blowing, he found the codling feeding and ended his session with a good catch of codling and whiting. Local angler Lawrence Chisnall also reported a good bag of codling and whiting in the rougher seas. Alan Brace also fished here and caught three autumn codling to 2lbs plus dogfish and whiting.

Sudbury angler David Backler fished the top of the pier on a calm day and landed a 7lb thornback ray on a squid bait, plus codling to 3lbs. I also have reports of a 6lb bass from the stem of the pier. Walton Pier Club fished their first match of the autumn season, and saw a good turn out with 18 anglers fishing. Conditions were good, with slightly overcast skies, but sizeable fish were hard to find. At the end of the match 38 fish were weighed in, most of the fish caught on the ebbing tide. Once again codling and whiting were the order of the day and Barry Adair was the winner with 2lb 11.5oz, 2nd place went to Peter Harris 1lb 15.5oz and a close 3rd John Spencer 1lb 12.5oz

The Clacton and Holland beaches have had a reasonable week with some codling, whiting, rays and the odd bigger bass reported. St Osyth beach has had a quiet week, but I think it has been due to lack of anglers. The night tide will produce whiting bass and rays.