Skegness Pier Angling Club (SPAC) members have been experiencing highs and lows in recent matches held from local beaches. Match 14, held at Chapel Point, saw anglers struggling to catch, with Withern’s Fred Donner needing just a bass and a small flounder to win his first ever SPAC match with 58cm. He also won the longest round fish prize with his 35cm bass. Croxton’s Dave Burr took second place with a single 30cm flounder, which also won him the longest flatfish prize and Grimsby ace Adie Cooper came in third with a 23cm flounder. 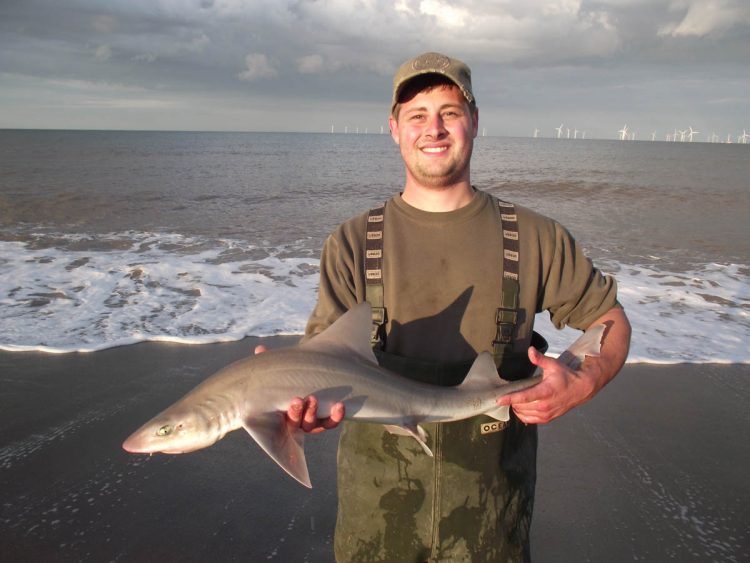 Match 15 at Trunch Lane was a totally different proposition, with smoothhounds once again dominating catches. Top Grimsby match angler Karl Nangle caught 12 of the hard fighting small sharks, which, along with a small flounder, won him the Carnival match with a total length of 1126cm. Some way behind in second place came Corby’s Paul Marshall, with 9 hounds and a weever measuring 870cm. He also shared the longest round fish prize with Wrangle’s Alan Steadman, both with 110cm double figure hounds. Alan also framed in third place, with 6 hounds and a weever for 608cm. Fred Donner was in among the prizes again, taking the longest flatfish award with a 31cm flounder. 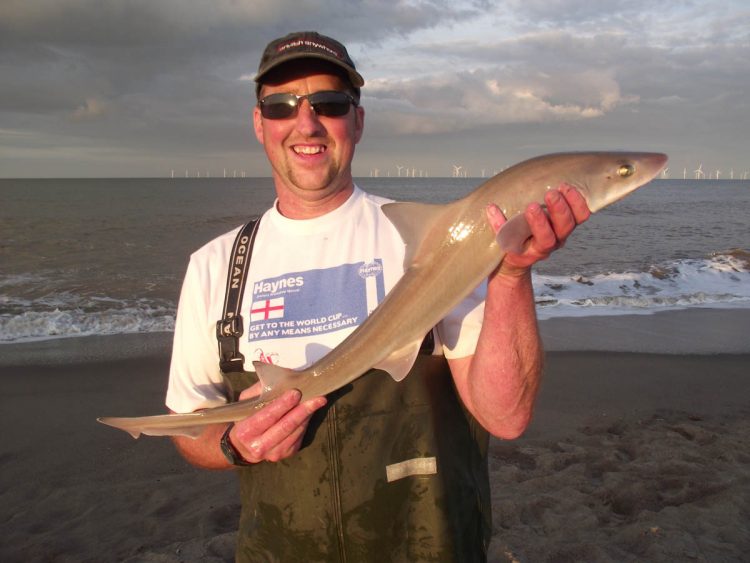 Trunch Lane was also the venue for Match 16, with smoothhounds again in evidence. Adie Cooper struggled early on, but finished the match strongly to win the Mrs Wheatcroft Cup with 7 hounds and a weever for 573cm. Grimsby’s Dan Jackson had been in the lead for most of the match, but in the end had to settle for second place, with 5 hounds measuring 384cm. He made up for the disappointment however, by winning the longest round fish prize with a 97cm hound and also won the Mixed Pairs event with his partner Laura Howard, who fished really well to record 3 small fish for 44cm. Karl Nangle framed again in third place, catching 4 hounds and a flounder for a 341cm total. He also won the longest flatfish prize with his 31cm flounder. 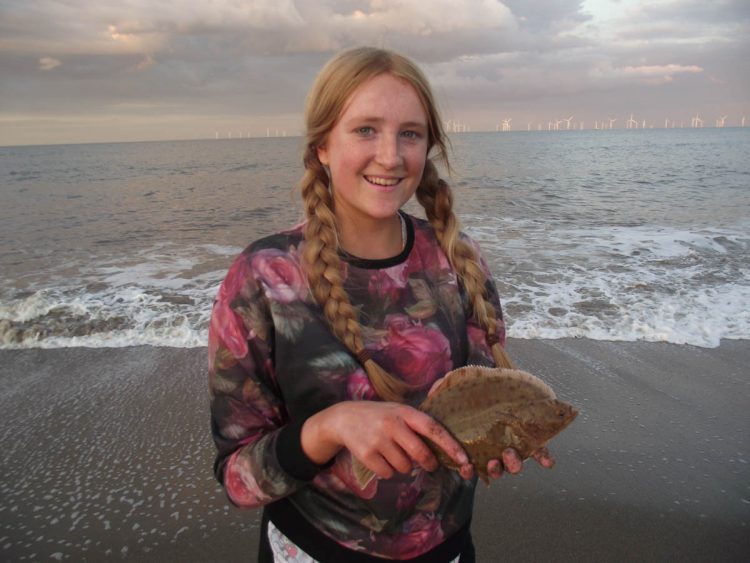 Match 17 was the annual away match, fished from the bank of the River Nene at Sutton Bridge. Paul Marshall was once again in great form, winning the match for an amazing fifth year on the trot, with 12 flounders and 2 silver eels for a total length of 362cm. Dave Burr came in second, with 4 flounders and 4 silver eels measuring 233cm. He also shared the longest flatfish prize with junior angler Tom Marshall, both with 32cm flounders. Tom fished really well to also take third place, catching 7 flounders for 197cm. Wrangle’s Paul Cridland took the longest round fish prize with a tiny 16cm bass.

Match 18 held from North Shore Road was a struggle, with a heavy swell pushing the smoothhounds offshore. Paul Marshall continued with his current run of good form, winning the Sheffield Cup with 3 whiting and 2 flounders for 137cm. He also shared the longest flatfish prize with Kettering’s Bob Foster, both with 29cm flounders. Adie Cooper framed again in second place with a couple of flatties and a silver eel for 95cm, also winning the longest round fish prize with his 41cm eel. Friskney’s Mark Holmes came in third, with 2 whiting and a small flounder measuring 62cm in total. 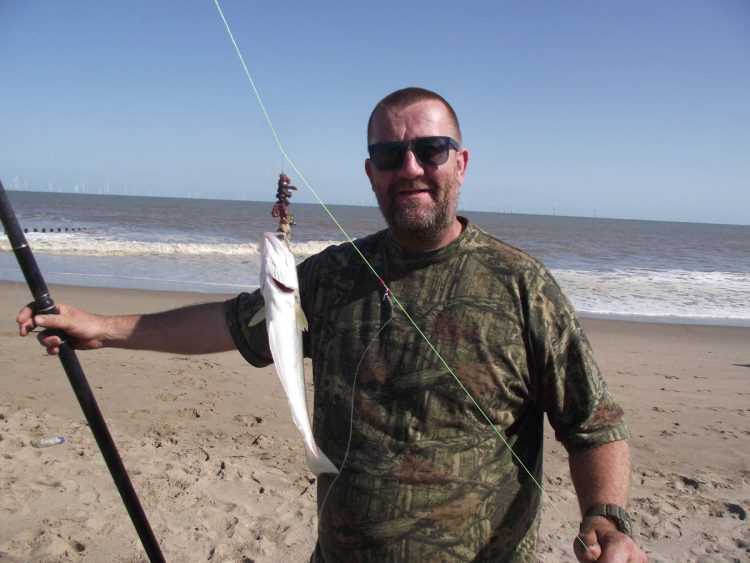 The next match will be held on Saturday 12 September from 4:30 till 8:30pm at Moggs Eye, with Club members fishing for the Ron Scott Trophy. There is also an open section, which non members are welcome to participate in.