The temperatures reached dizzy heights at the weekend, good news for those attending the first Clacton Sea and Beach Festival which took place on Saturday and Sunday. Thousands of people turned out, and I headed down to the West beach slipway to meet up with some Clacton Boat Club members along with their boats and tow truck, and while I was there I saw a lot of people showing interest in joining this up and coming boat club. It was also great to see the old Walton Lifeboat, James Stevens, taking trips from the breakwater.

Also great news this week, we now have some more of the new sea defence beaches open on the Holland side of Clacton Pier, they too also look like they will be great fishing beaches. 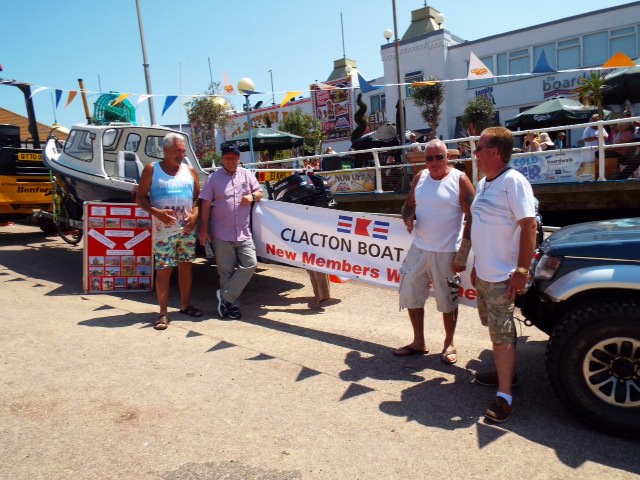 Walton Sea Angling Club headed for their local pier for an evening match; a cool north-easterly wind was blowing and the sea was clear, so most anglers opted to fish down the side of the pier around the pier piles where more fish would be caught, and so it proved. In 1st place was Rob Tuck with 16 fish for 4lbs, 2nd was Chris Mills with 12 fish for 2lb 14.5oz and in close 3rd James Everett with 11 fish for 2lb 14oz. Heaviest fish a bass of 13oz for Berni Putko.

My trip this week was also to Walton Pier. It was a very hot day and to be honest I didn’t rate my chances of catching a fish too high. For the first couple of hours of the ebb tide I struggled to get a bite, but as the tide eased I began to get a few bites from bass and whiting and then, much to my surprise, I managed to land two tope. One was only very small, but the second was around the 3lb mark. It’s been a good few years since I have caught a tope off the pier, both fish were caught on whole squid baits.

The thornback ray fishing really has slowed down this week, there will always be one or two on certain tides, but nothing like we have been seeing. The beaches either side of the pier are fishing well for small bass and soles and even the odd ray has also been caught; small rag worm baits are fishing well.

The boats this week are still seeing a few rays being caught, smoothhounds and a few bass but it has been a slower week. Neil Marples and Ross Deadman fished from their own boat “Milore” out of Titchmarshes Marina (Walton). Neil reported that the codling were still feeding plus some small bass and smoothhounds. The baits were peeler crab and squid.

Boats off of Frinton have reported small tope being caught, the biggest reported at 13lbs, with most of these fish only half a mile out. Clacton boats are still seeing the odd ray, smoothhounds and bass, but once again here has also been a slower week.

The tides for the weekend are Saturday 8.04am and Sunday 9.14am