Mackerel are out in force now from all of the Hartlepool piers with plenty of bags of over 30 fish taking both lures and float fished baits. A bit of a south easterly wind midweek pushed a lot of mackerel into the dock channel where large numbers were taken on float fished baits from the Pilot pier and from Middleton pier. Early morning tides have generally been the best with an easterly sea breeze often picking up by late morning and putting some colour in the water. Elsewhere it is much the same with large numbers of mackerel being landed from Roker pier, South Shields pier and from the lower Tyne. Both pier marks have also produced coalfish, pollack, and the odd cod to lures, and particularly float fished worm or sandeel baits. Alan Heeley landed a fine pollack of 6lb 10oz on crab bait from South Shields pier during a recent session.

Unfortunately due to theft, vandalism, and other unsocial activity which is often attributed rightly or wrongly to summer mackerel anglers, Roker pier is likely to be closed as repair work continues without anglers or others causing problems. It is also possible that the pier will be closed permanently after repair work has finished with anglers gaining access via a key to the gate system or similar. If you are planning on fishing Roker pier then it might be wise to phone the council first to see if access is still allowed. 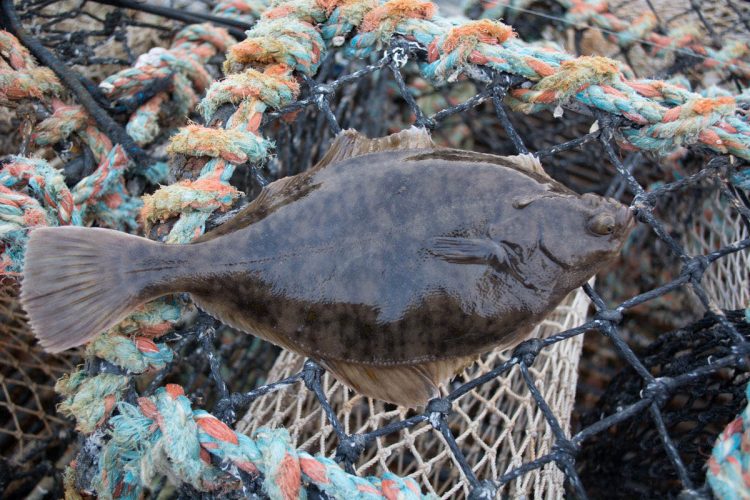 If mackerel fishing is not to your liking then the upper rivers are now full of flounders taking ragworm and mackerel baits, and if you can fish the top river marks at the tidal extreme then you may have a pleasant, quiet day’s fishing with the chance of a big flounder taking your bait. An early morning session bait fishing from any of the Region’s piers has produced lots of dabs and flounders, but few plaice seem to be showing this year. There is the chance of a bigger cod to 4lb or more showing from South Shields pier and from the lower Tyne. Eels, now a protected species, seem to have returned to the Tyne after being in decline for many years, Barrie Stowells had a recent session taking many eels, the best a fine specimen of 2lb 7oz, all returned alive of course. Some big flounders seem to have returned to the Wear. John Lovett took first and third places for the last Ryhope Tuesday evening sweepstake with flounders of 1¾lb and 1¼lb, Geordie Hope was second with one of 1½lb.

So far, this summer has been very good for cod fishing along the Northumberland rock edges and anglers continue to land cod to 4lb during settled conditions. Dave Delaney won an East End match with four weighing 8lb 9oz just ahead of Les Henzell with four for 8lb 6oz, the best at 3lb 4oz. P. Smith won a Blyth match with three totalling 4lb 15oz, D. Carrs had the heaviest fish of 3lb 9oz.

A Seaham all night match produced some predictable results with dogfish showing throughout the night. Six out of 26 weighed in 9 fish for 8.29lb. John Lovett won with three fish for 2.60lb taken from the Blast beach, Dean Furness had a single dogfish of 2.01lb from the South pier, and Rita Clark had one of 1.63lb also from the South pier. The lower Tyne continues to produce cod to fresh crab baits. Neil Garner won a Tynemouth retired members match with a single cod of 3¼lb, Tony Taylor had one of 2½lb, and Phil Smithson had three flatties for a total of 1½lb. In the mid Tyne there are plenty of species showing to keep match anglers happy fishing measure and release matches. A recent sweepstake match at the Copthorne Hotel saw Tommy Tate win with 19 fish measuring 471cm, Steve Potts had 17 for 447cm, and Chris Stringer had 17 for 444cm, the best a typical mid-Tyne cod of 36cm.

Boat anglers are having their best cod summer for many years with lots of boats taking well over one hundred bigger fish a trip anywhere between Berwick and Whitby with many smaller species being returned. Fish have averaged around 4lb from the hard ground and around 7lb from the wrecks, but bigger ones are starting to show. Best so far was a nice specimen cod of 19lb 9oz taken by David Brown on the Blue Eye 2 just off from Blyth. Callan Stevens on the Sarah JFK 2 out of the Tyne landed two ling each around the 16lb mark. The Sapphire out of Sunderland produced a ling of 13lb for Stuart Stokoe and one of 12lb 2oz for John Simpson. The Iris Rose from Sunderland produced a wolf fish of 9lb 5oz for Chris Potts. Tony Kane fishing on his own boat landed a cod of 16lb on a baited pirk over a wreck.

Cobia – Fish of a Lifetime