Last month I noticed a general lack of fishing reports. The fishing has been very poor all over but worse still here in Alderney has been the inshore netting that has dampened everyone’s enthusiasm for wetting a line. Certainly from what we have seen hauled up the streets in the back of lorries to be prepared for shipping out to the UK has been nothing short of phenomenal regards quantity of fish. Plenty of breeding bass of all sizes make up the bulk of the consignments but in addition gilthead, couches and black bream, red mullet and sole have been leaving our shores in numbers. God only knows what has been dumped as bycatch through its lack of value. There was even a large shark seen by local divers with its fins cut off just left on the bottom of the seas bed in the harbour. Worst goes on at sea away from the coastline but when it’s under your noses it is a stomach churner. This has resulted in anglers simply not being bothered to put the effort in to catch fish when nets are being set right up to the beach and well within casting range. This is the third year of increased activity and it can’t be helping the levels of fish stocks? It is affecting tourism with plenty of anglers vowing not to return as they are unable to fish the more popular marks, which are often dictated by weather, thus hampering their enjoyment of their holiday here. UK crabbing boats have also been on Alderneys ground too which is bad news for the commercials, everyone it seems wants to damage the fruits of the sea in our local waters. 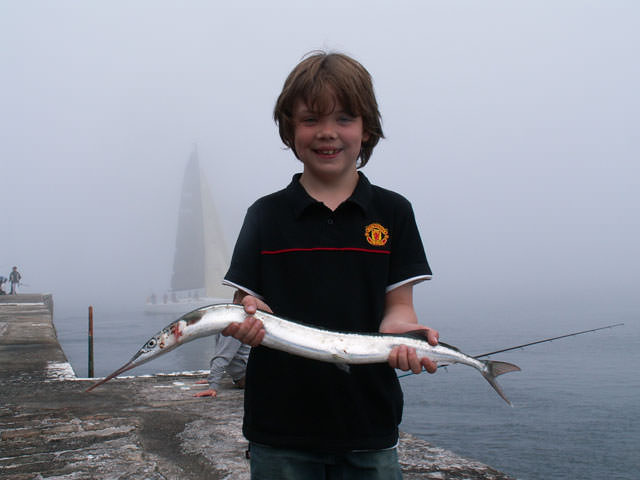 Alderney’s government has taken note of the increased inshore activity and have made the initial steps to combat this and have implemented a consultation. This is no false dawn but a real desire to make a difference by offering all stakeholders involved in recreational sea angling or commercial fishing to have their say. Following the consultation period a meeting will be held for stakeholder’s representatives so they can analyse the data collected to then set a Fisheries Management Plan to suit all. It WILL require you to write in with your views but I suggest only if you have visited Alderney so as you speak with some knowledge of the island. The time period for the submissions is fairly short and thanks for your efforts in advance if you choose to comment and hopefully we can safeguard the future of Alderney’s fantastic fishing and provide a destination that will remain the number one place to fish in the UK.

‘The States of Alderney General Services Committee wishes to seek the views of stakeholders on matters relating to sea fisheries. Stakeholders are likely to include businesses or persons involved or with an interest in commercial fishing, recreational sea anglers, pubs and restaurants, tourist accommodation and tackle and marine traders etc.

Accordingly stakeholder’s representatives will be invited to attend a meeting in order to discuss issues which may affect them.

Initially stakeholder’s representatives are invited to express the nature of their interest including items which they would wish to be included as a discussion item on an agenda. These should be submitted by no later than Fri 9th April 2010 and addressed to: The Harbour Master, Harbour Office, Braye Harbour, Alderney, GY9 3XX.

At this stage no date has been set for a meeting’

If you prefer to do it by email then send one to our Marketing Managers, Joanna Parmentier at joanna.parmentier@gov.gg

After a lean spell there is good news on the fishing front. Mullet unusually for the time of year have turned up in really good numbers with fish to 9lb 5oz caught on the float and bread method. Up to four in a session have been reported and shoals of the silver bullets have been sighted on various marks around the Island. Excitingly, mullet to 4lb have been caught on the fly as well. A couple of anglers have experienced this with local angler Colin Searle hooking in to four in one evening session. Garfish are a plenty with several fish nudging 2lb caught, again fishing into the dark has proved most successful. The gars are coming right up in to the harbour around the new quay where it appears that the lights are attracting them to the structure. This venue is going to be phenomenal from June onwards when the bass arrive into the newly completed pier. The bass tend to know when the harbour traffic increases with lots of yachts arriving and the bass scavenge around the moorings for easy pickings before heading towards the quay and shoreline to feed among the rocks and weed. Live bait should provide the better specimens and bass are starting to come to plugs and fly at the moment. Pollack have featured well which is an excellent sign so early in the season. Fishing from rocky marks and the Breakwater have produced good results with fish to around 4lb taking float fished fish strips or sandeels. Lures and fly fishing have also taken several fish. Bull huss have also featured lately with a fish of 13½lb being landed to threaten the local shore record. In addition the capture of several conger eels means good news and interesting times for the specimen hunters.

Boat fishing has got under way after a long, quiet spell of little activity. The exposed location of Alderney and the recent westerly winds has limited the number of trips during the initial months of the year but the first of the UK boats have arrived to blissful spring sunshine and calm seas. Good pollack and ling fishing on the wrecks on the way over with fish of both species to 15lb. The banks have fished moderately well for the start of the season. Turbot fishing isn’t about massive numbers but boats have been taking up to ten fish in a day and one catch featured eighteen of the big flats. The fish are mostly small at present but the coming month will see the bigger fish move onto the banks. Each bank fishes differently, on the popular Schole Bank the average turbot is from 1½lb to 4lb with the occasional fish to 6lb. However as local brothers Mark and Gary Maurice have been proving other banks have fewer fish but these are of better average size, running between five and eight pounds. Early signs are also looking good for the tope season and to keep up to date as things unfold log in to the Latest Reports pages on my site www.alderneyangling.com

Lastly a thank you to all of you that take the time and trouble to visit our island. Tourism is a vital part of our economy which isn’t helped by the current fishery policies but as I have mentioned there is a real desire to change for the better. Write in and play your part on what could be a phenomenal success.