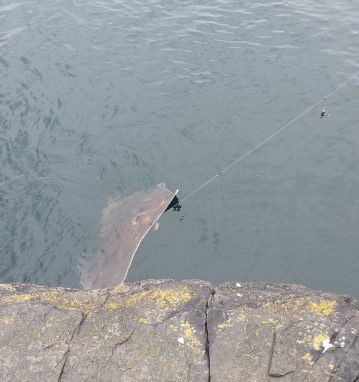 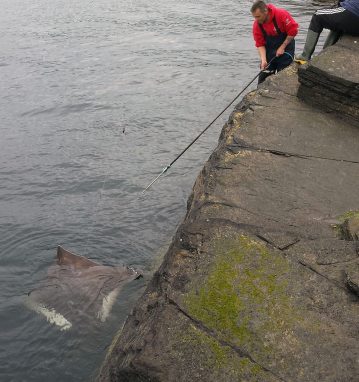 The rig, baited with a whole mackerel, was launched seawards and the long wait began. As usual lesser spotted dogfish were the first to make an appearance after savaging the big baits meant for better things. New baits settled on the sea bed and Craig made himself comfortable to watch the rod tip. The tip was moving as a crab or a small fish played about with the mackerel and after a while of watching the nuisance action Craig strolled down to the rod to note that the line, which had previously been carried left by the tide, was pointing perpendicular to the rocky shore. Tightening up on the slack line he felt the heavy weight on the end start to move off as the skate felt the hooks. The powerful fish gave a great account of itself but his untried rod and reel combo coped with the runs and nods without a hitch. 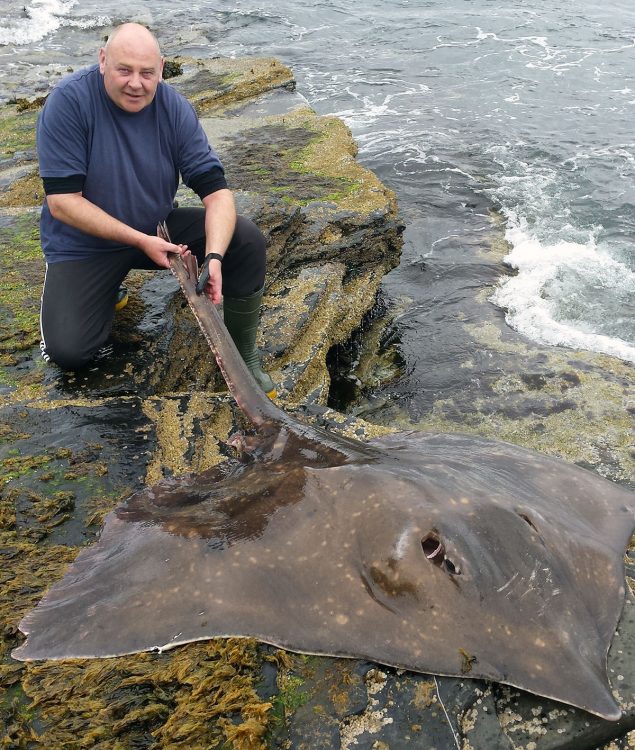 At 12:25 hours, 30 minutes after the bait was picked up, the massive common skate was brought to shore. With previous practice paying off Jerry and Murray assisted Craig with the landing and the fish was quickly photographed, measured and returned to fight another day.

Craig had a 223lb skate last year and while this one was three inches shorter at 87″ from nose to tail it’s extra four inch in the wingspan of 74″ meant that the charts showed this beauty at 226lb.