The weather Gods were smiling on us for the three days of the Scottish Open Boat Championship held over 4th, 5th, and 6th September, 2014 and fished out of Stromness. With thirty anglers assembled from Shetland, Orkney, Caithness, the Western Isles, Inverness and the Scottish west coast, it was an enjoyable and social event contested by some of the best sea anglers in Scotland.

Day one saw the three boats dispersed south along the west shore of Hoy or five miles out into the Atlantic to the deep marks. The slower boats were stuck with their initial decisions while the faster boat enjoyed the compromise and tried both options. Fishing started slowly on the deep but improved as the tide picked up in the afternoon with big conditioned ling putting up a strong fight on the thin line. The spectacular sight of a thirty foot minke whale breaking the surface little more than ten feet from the boat was memorable for all. At the weight of a ton per foot that was a pretty big spectacle. In at Rora Head, cod, pollock, and good ling were on offer if the drift could be controlled along the rocky outcrop. Red gurnards and spotted dogfish indicated that sand was below and that adjustments in position were needed. “Beginners luck” was surely operating because the biggest fish of the day was tempted by the beginner’s bait half a mile out from the head. Further into Rackwick, at the Yellow Kist, the pirkers could come to the fore in the shallower water – the one next to me was making a good job among the cod anyway. At the end of the first day, with the scores added and converted to percentages within the group on each side of the boat, five competitors had 100% and Ronnie Campbell from the west coast had the heaviest fish, a Rora ling. 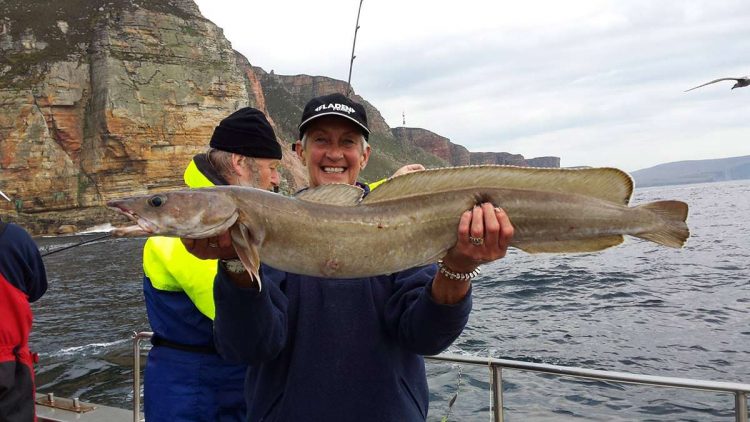 More wind on day two restricted the boats to the inshore marks with Rora and the north Hoy shore for the slower while the fast boat went south as far as Little Rackwick and the Berry. White water over the bows among the tide in Hoy Sound gave some of the fishers their morning shower – something they’d rather have done without judging from the noises coming from forward. None of them seemed to be into the Facebook craze of ice-water drenching! Specimens sized red gurnard and wrasse were evident at the weigh-in while the lesser spotted dogs and the spurdogs had been returned to the ocean.

Ling, cod and pollock were the main catch and Ronnie was among the big fish again. By this time only two anglers were holding a score of 200%. 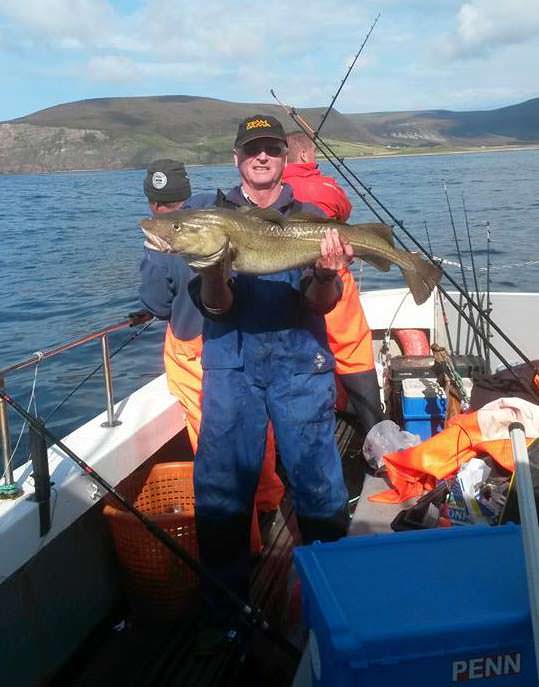 Day three, with its earlier start, was calm and again one boat visited the Atlantic deep looking for big ling. The others concentrated on Rackwick Bay from the Kist down to the Berry. It seemed like a day at the nursery for the deep boat as many of the ling were too small to score and action was slow until a change of tide provoked the bigger adults into feeding – but that was in the last half an hour. The slow fishing out here allowed the anglers time to view a brief visit by cruising dolphins and the storm petrels and sooty shearwaters feeding on the surface of the vast ocean. The exception to the low scoring was the four tusk caught in the deep water. They are locally rare, but in this competition, high-scoring fish.

The closer boats fared better with good catches and Ronnie was doing his usual with a monster cod which was the heaviest for that day and for the contest overall.

By this time only one angler had 300% having won his side of the boat on all three days. Well done to Mark Duncan from Shetland who is a regular competitor in Orkney.

A cod weighing 5.95kg was the heaviest fish for Ronnie Campbell

Best two-man team was Mark Duncan along with his Shetland team-mate, Laurence Williamson.

Stevie Souter had the highest points score for an individual day with 190pts on day three.

John Spiers had the best specimen fish, a red gurnard which was 65% of the Scottish record. 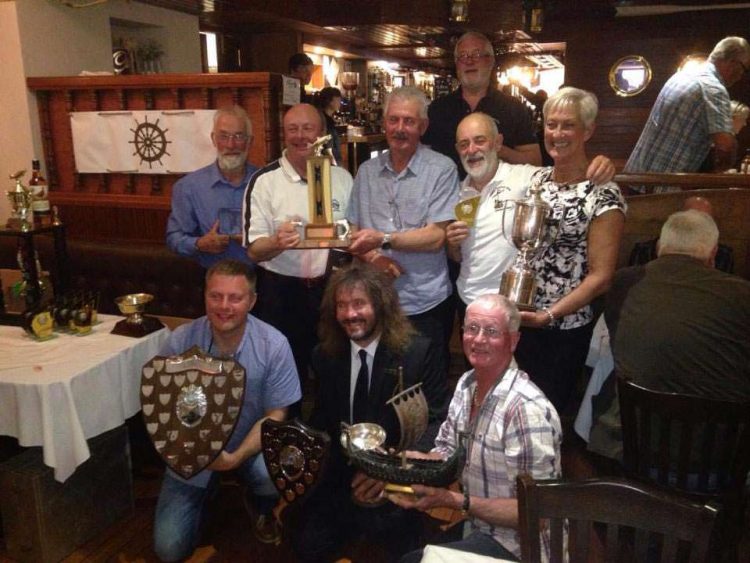 The Orkney Islands Sea Angling Association would like to thank the skippers and crew of the three boats taking part. Kenny Peace from the Crusader and his crewman, Billy Hough. Andy Cuthbertson from the Challenger, and Roy Anderson from the Welcome Home with Arthur Cook and Bertie Robertson as his crew on various days. Many thanks to the Ferry Inn for provision of facilities for the registration night, for welcome soup at the pier at the weigh-in each day and for a lovely reception meal at the end. For the use of their facilities on the pier, we thank the Orkney Fishermen’s Society. While we, the anglers enjoyed ourselves out on the boats, the pier helpers organised the things ashore, and we thank them all for their unseen work. Totally unseen, but nonetheless very important, we thank Davie Guthrie who, on the technical side, made additions to our computer program to cope with the scoring changes which we introduced. I heard no complaints about the changes to the new scoring system which rewarded bigger sized fish and gave points for far more species so assume they met with approval.

Finally, thanks to the anglers themselves for competing so well and making this a friendly and sociable event for us here in Orkney. Come back next year and we’ll do it all again.