Even with relatively settled conditions mackerel have been very scarce again, and this summer has been a very poor one for the mackerel enthusiast. Previous years have seen them show very early around late May and stay into October. Some of the biggest tides of the year this week may see them return but conditions may have to be perfect for them with flat calm seas and clear water needed, and finding any mackerel as late as October seems almost impossible.

However, the cod season has clearly started with nicely coloured fish showing from nearly all of the popular marks along the North East shoreline. The piers at Hartlepool have seen most of these smaller specimens showing amongst whiting and flatties, particularly on night time tides. Those fishing crab baits from the promenade and Crimdon report small cod and some size coalfish. Sizeable whiting, smaller cod, flatties and the occasional dogfish are also showing from the Durham beaches on late evening and night tides. Hendon promenade has also fished well for cod averaging around the 2lb mark, as have the rock edges between Roker and South Shields pier with fish to 6lb reported. South Shields pier remains a hot spot with cod to 3lb showing in daylight hours plus various flatfish, whiting, pollack, and coalfish. 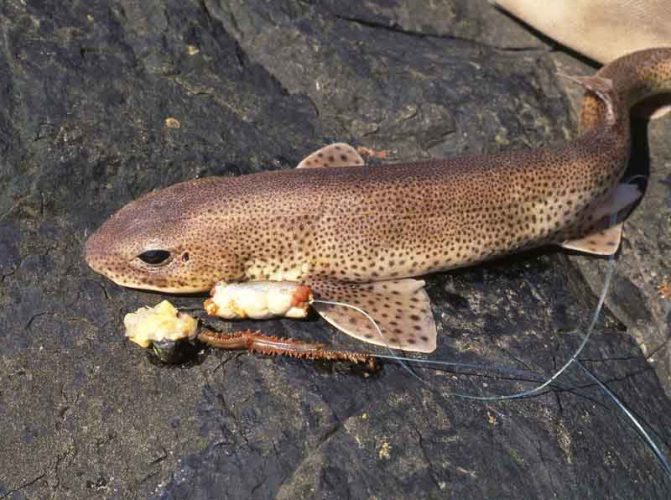 Eyemouth is on top form with big autumn pollack to 10lb amongst lots of smaller specimens taking lures and float fished baits. Wrasse to 4lb are also present as are similar sized cod.

The recent Seaham Night Hawk match saw 11 out of 56 land 15 fish for a total weight of 18.74lb. Jim Dobie fished the now accessible South pier to land two fish weighing 5.14lb, the best a dogfish of 2.77lb. Lee Burton fished the Targets and had two for 4.00lb, and Dean Furness had a cod of 1.93lb from Hendon promenade.

The South Shields monthly sweepstake match saw the top five anglers all land cod. Mark Robson had three for a total of 5lb 7oz, the best weighing 3lb 7oz, Simon Felstead had two totalling 2lb 6oz, and Geordie Stobbs had two for 2lb 3oz. The final Whitley Bay summer league match fished at Newton again produced some big bags of cod. Winner Garry Appleton had six weighing 19lb 15oz, Steve Eyre had four for a total of 16lb 3oz, including one of 8lb 10oz, and John Hepton had four for 10lb 5oz. Overall winner of the six match series was Garry Appleton with 69lb ahead of Steve Williams with 60lb 10oz, the Northumberland rock edge marks have fished very well this year and some anglers may have to fish all winter and still not get anywhere near these sort of bag weights.

All of the Region’s rivers are full of flounders. The Wear has lots of small coalfish in the lower river, and the Tyne has a better chance of producing cod to 4lb or more from the lower marks, upriver of the Tyne Bridge it is flounders all the way. Amble A.C. fished the river Wansbeck where Paul Nyberg won with 13 flounders and two coalfish for a total length of 364cm ahead of his daughter Maddie who also had 13 flounders and two coalies for 354cm.

There are good numbers of cod just offshore for the boat angler, and when these can be located sport has been superb. Richard Roll and Chris Hulme on Richard’s boat “On a Roll” had fish from all of the wrecks they visited before finding one with a herring shoal over it which produced four hours of nonstop action taking fish four at a time. Cod, ling, coalfish and pollack dominated with the two anglers taking 130 bigger fish, excluding all of the coalfish and smaller specimens, only keeping 16 fish for the pot. Chris had the best cod of 21½lb. Norbert Schroeder had a cod of 17lb aboard the “Seas the Day” out of Sunderland. The Sapphire also out of Sunderland had cod to 5lb, pollack to 7lb, plenty of ling around the 8lb the best at 14lb taken by Steve Collins.

The first big open match of the winter season is the Seaton Sluice Open is on Sunday September 14th with fishing from 11.30am until 3.30pm between Tynemouth pier to Seahouses South pier. Register at the Bank House Social Club Newbiggin on the day. Basic entry is £13 for adults and £3 for juniors. First prize is £500 for the heaviest bag, £100 and £50 for the top two heaviest roundfish, and £50 for the best flatfish.