The fishing hasn’t been bad at all over the last couple of weeks with multiple hits of cod at Rossall over both low and high water. Dave Brown has been hauling the cod, with the biggest being around 5lb in weight, yellow tails being the best bait. There have also been cod on the Wall and also Cleveleys. Still plenty of whiting around too. 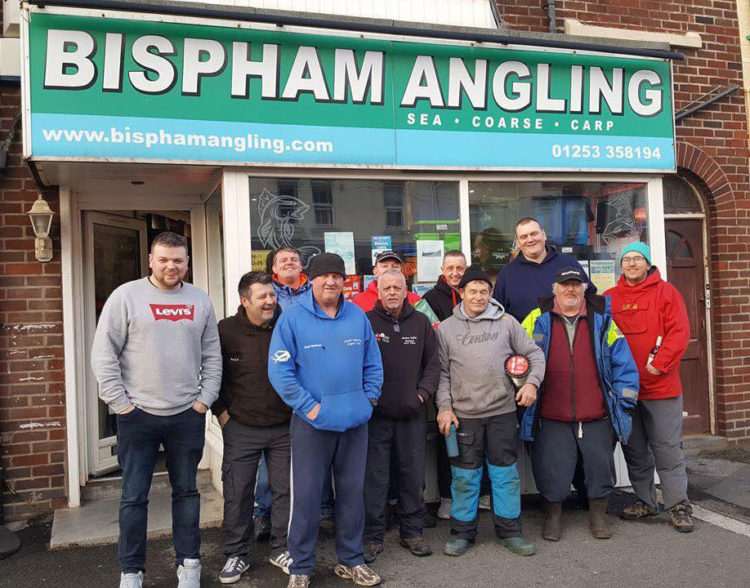 The organisers would like to thank all league members and people that have fished league matches over last 12 month. Without you the matches wouldn’t happen. Finally, Jordan at Bispham Angling thanks and big well done everyone.

Neil Kenyon fished on his boat off Cleveleys with fresh black. He fished the flood before it got too rough and had a total of six codling with four being keepers. 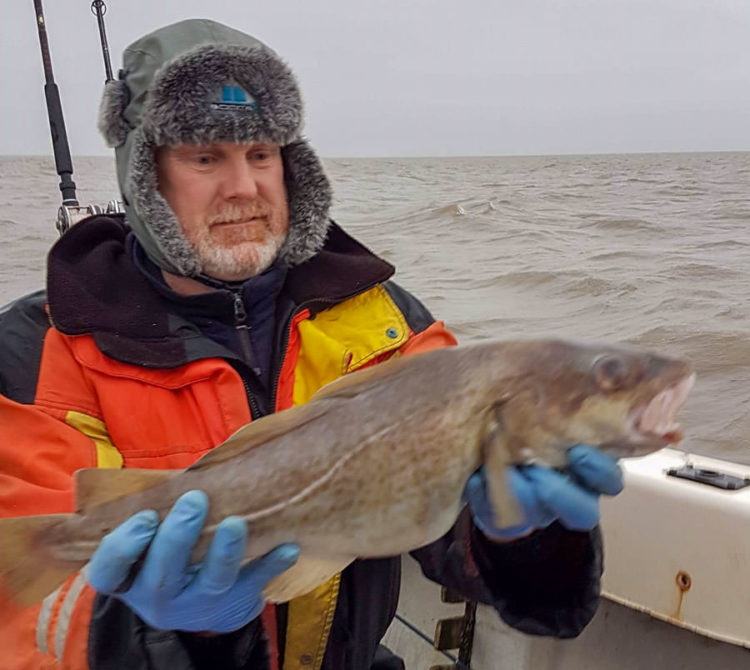 Neil Kenyon with one of his cod

Fleetwood and District Angling Club fished their first club match of the year, and the venue was the Ferry beach, fishing one and a half hours either side of low water.

23 anglers fished which is about maximum numbers for the venue. Just over half the anglers caught fish with four anglers in one short section doing particularly well. Black lugworm was the top bait and peeler crab also took a few fish. Most of the fish taken today were codling, with a few around the 45 cm mark.

The organisers are starting to collect the £10 entries for this year’s Club Championship. You have until the AGM on February 23rd to pay. That is the cut off date, no exceptions.

Leyland and District Sea Angling Club fished their latest match on the Mersey aboard “Size Matters” with Skipper Kevin McKie.

The raffle was won by Phil Harvey and the football card by Adam Flynn. Thanks again to the 12 members who turned out for 5.30am sailing.