Ten anglers turned up for this week’s bait pack match at Waxham. For a bit of fun a half pint of mixed maggots was added to the bait pack specifically to target flounders, by the end of the match most had caught fish on maggots either by tipping off worm or fishing with 30 plus on a hook.

An unseasonably warm evening with a light breeze made for a pleasant session with a slight swell early on and very little weed.

Top rod on the night by a long way was John Catchpole on end peg 10 with 14 fish 3lb 31/3oz including a 26cm flounder caught on maggots. Second podium spot went to the ever consistent Ian Childerhouse on the other end at peg 1 with 9 fish for 1lb 8oz. Finding his form in third place was Andrew Turk, with 6 fish for 111/3oz. 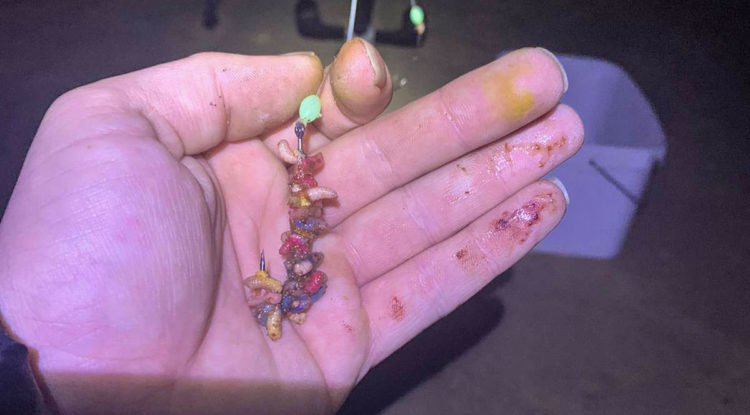 Biggest round fish also went to John Catchpole with a whiting of 28cm but his flounder was pipped by a 27cm dab for Ian Childerhouse, taking biggest flat of the night.

A tough evening fishing for most being plagued by under sized pin whiting and dabs.

Next weeks match is back to Sheringham which fished really well last time.