A typical mid-winter week on the East coast, only a few hardy anglers are venturing to the coast to fish. Reports have been few and far between, but having said that there are fish there to be caught.

Codling are still showing from the boats and piers, although beach reports are patchy.

Boats that launched this week have caught fish, some bigger whiting are showing with a smattering of codling in between. The first of the bigger thornback ray are showing with one or two in the 10lb range, on calmer days there is plenty of sport to be had with dabs on light tackle.

The beaches have been very quiet, once again lack of anglers fishing. St Osyth beach has produced some dabs and whiting, but with a calm spell surely those thornback rays will arrive here.

Clacton pier has been quiet on the rays, plenty of small whiting and the odd codling showing here.

The Holland on Sea beaches are following the same trend, very few anglers which belies reports, once again small whiting the odd dab, codling and small bass to be caught.

Lee Robins fished here he reported small whiting although he did catch a codling of around the 2lb mark, all his fish were caught on lugworm on pulley rigs.

Walton pier seems to have seen more fish this week with at last a few codling showing, local angler Peter Harris fished and ebb tide on the local pier, he land two codling and lost one other.

The top of the pier is still fishing well for dabs, whiting are also plentiful and there is always a chance of a thornback ray and codling. 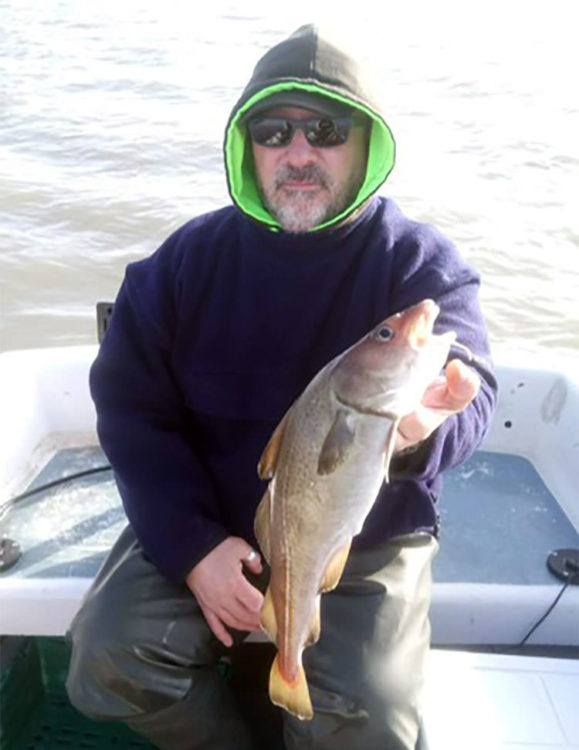 The Walton Pier Club fished their latest match on the pier, conditions were far from ideal, 19 anglers fished in miserable conditions, with a cold breeze and freezing rain. They fished the top of the pier and 118 sizeable fished were weighed in, whiting, the odd flatfish and codling made up the catch.

First on the day was Peter Harris with 4lb 9.5oz. Barry Adair was a close second with 4lb 6oz with Dean Parker third on 3lb 11oz.

Plenty Of Fish At Sheringham For Norfolk Angling Club