Boat competitions returned to the the Scottish event calendar after the Covid lockdowns and anglers enjoyed some great fishing over three days this month.

A hectic three days of competition fishing off the west coast of the Isle of Lewis meant that that the camera was not out much but I did manage a couple of shots while giving Steve Souter some space to fight a skate. The estimate 150lb monster was brought to the side of the boat for release aboard the Harmony on a 2/0 heavy spreader rig. 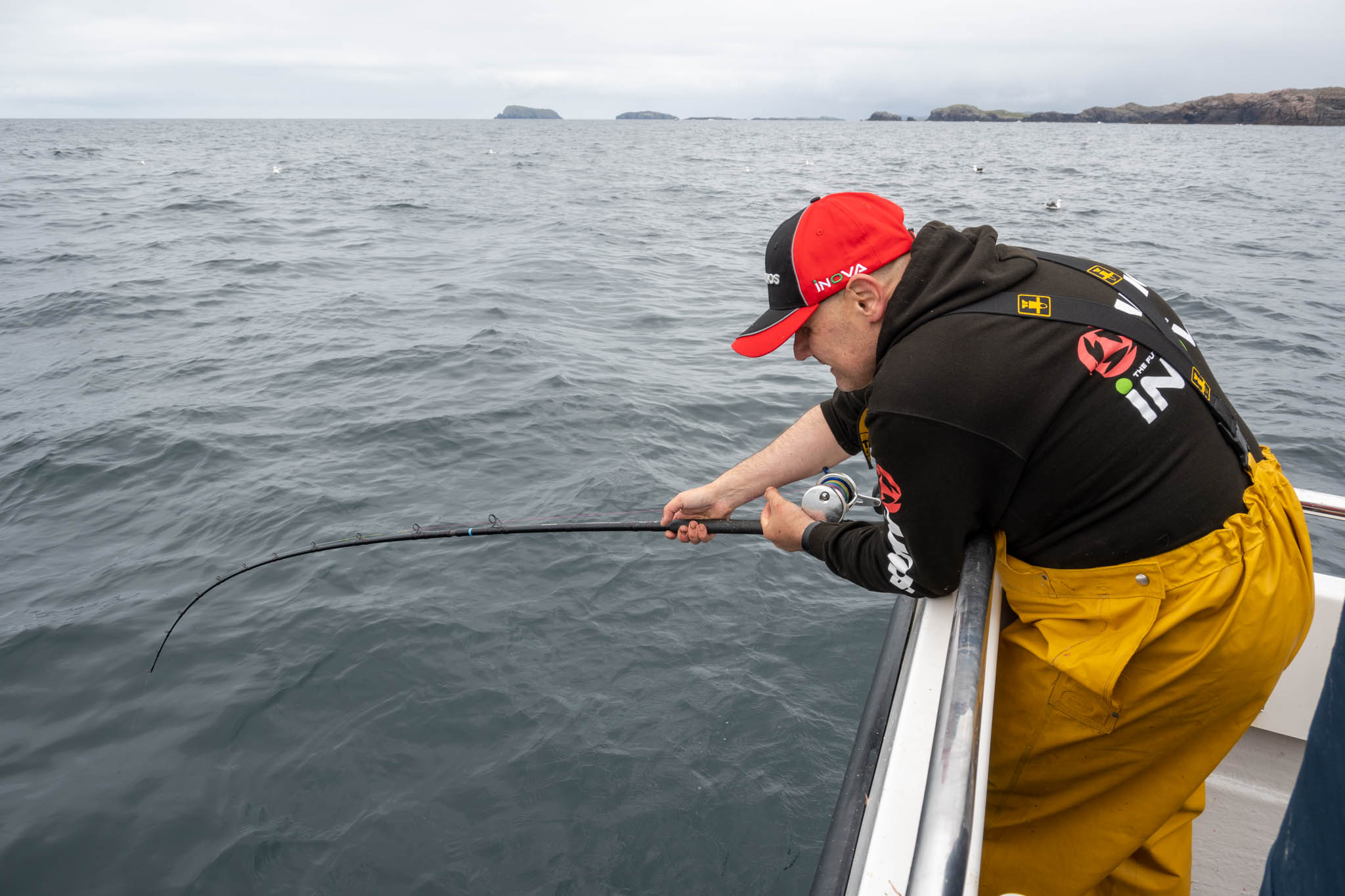 Steve went on to win the one day skate and flatfish Highlands & Islands Open with 49 fish, mostly thornback and spotted rays. This event was fished on the drift unlike the more normal anchoring for rays practised elsewhere in the the UK.

The two day Western Isles Open followed and despite the massive packs of marauding spurdogs the anglers enjoyed great sport with mixed fishing on the drift. 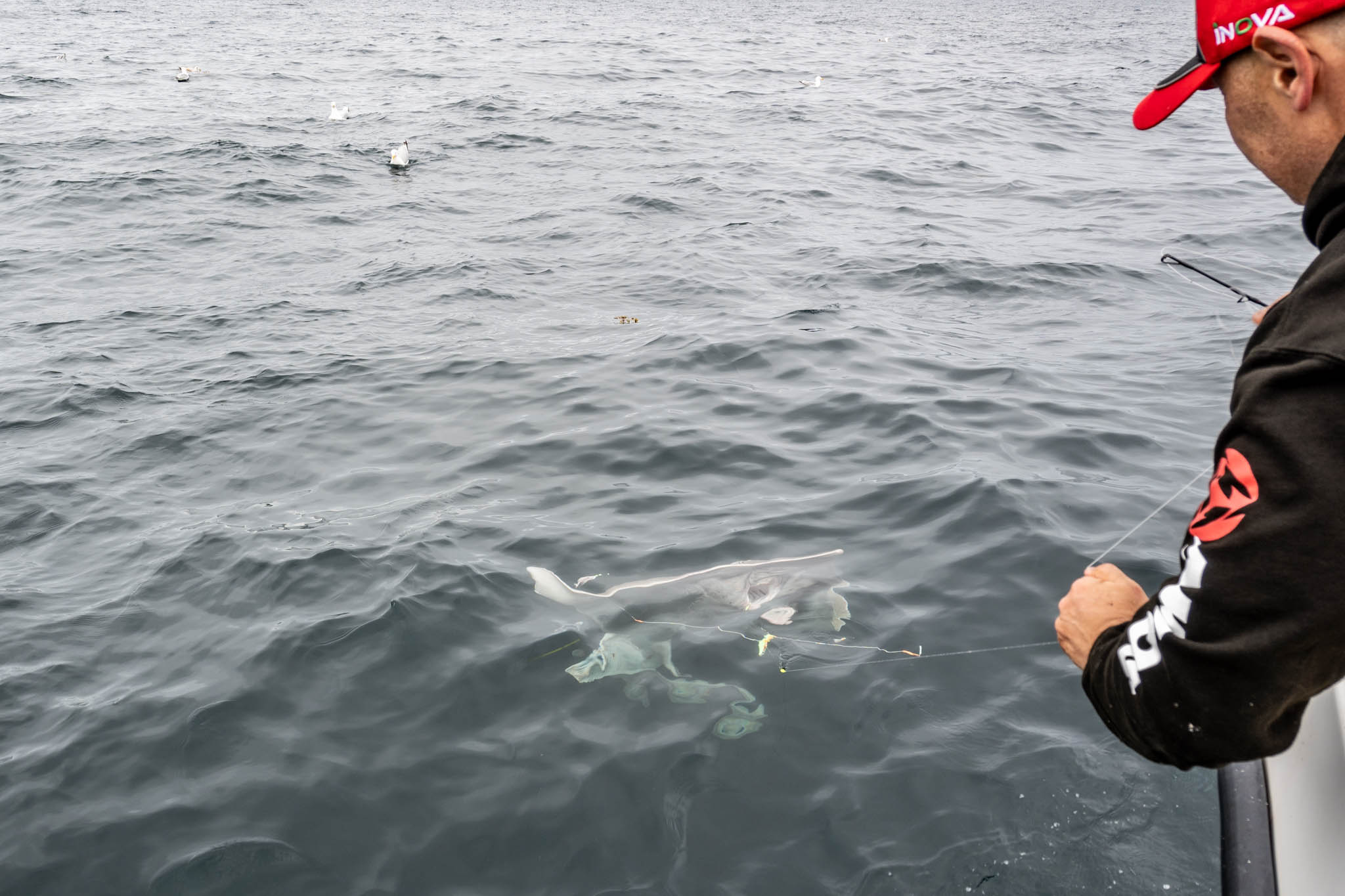 The anglers were limited to a maximum of five spurdogs and found quality haddock below the spurs together with cod, ling, gurnards and other mixed species when they avoided the cursed mackerel. A couple of anglers were broken up by large fish which were suspected to be tope as a nearby small boat brought one to the side.

Scott Gibson pipped Gillies Mackenzie for the title with 233 scoring fish over the two days.

Dazz Rose had the the longest fish, a 93cm ling next best was a 89cm thornback ray which fell to Ally Campbell.