A break in the weather offered a chance to get out on the North Star base in Crinan, Argyll. The with neap tides and a perfect forecast for the Sound of Jura, things were looking good as our party set off to meet up with skipper Archie MacGilp three hours before dawn.

We made great time and by the back of eight o’clock, we were tied up on the North Star mooring and waiting for the boat to settle. The lines were straight up and down with no tide to speak of and a light wind was moving the boat about which led to a few tangles among the anglers. The lack of tide was responsible for the isopod activity as they attack our baits with fervour. These giant, sea woodlouse like, crustaceans devour soft baits such as coalie and mackerel and are less active when the tide pushes through. Octopus and dogfish baits usually do not suffer the same attention from the crusties, as they are locally known, but they too were being hammered by these wee munching machines from the deep that were in plague proportions. A combination of the tangles and bait changes meant that the crew were kept occupied hauling the rigs up from 500ft. 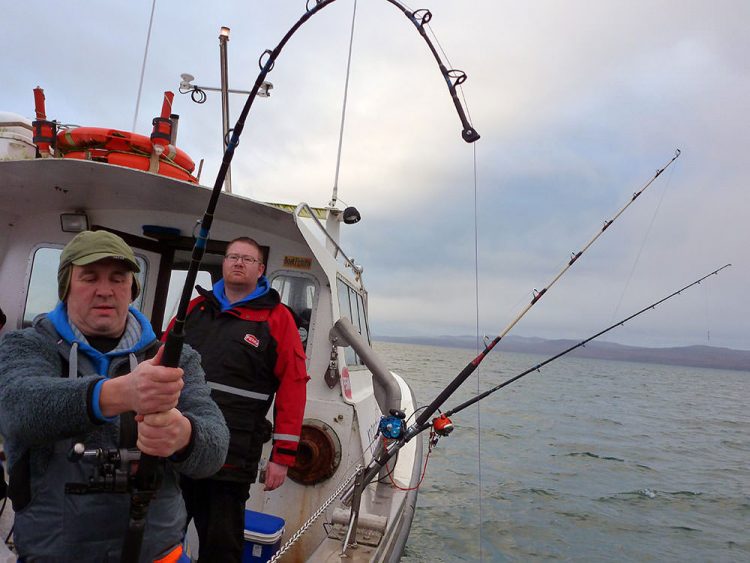 The fish were fickle the tentative bites did not produce the normal ratchet clicking runs. Freddie hooked the first decent fish but lost it shortly after getting it off the bottom, despite a healthy bend in the rod, which seemed to indicate how the day was going.

We saw a further two fish drop baits and fishing was slow with even the normal nuisance conger being. Archie kept us topped up with coffee as we patiently waited for the skate to show. 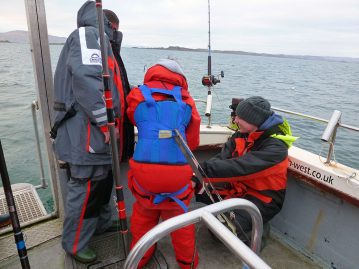 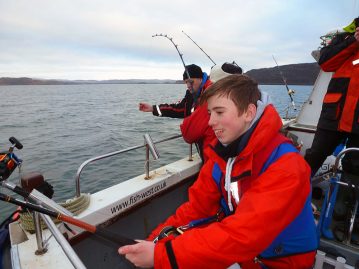 My 12-year-old son, Kurtis Thomson, dropped a fish on a rod that Findlay Lamont had handed him but this turned out just to a wee session practice for him. Kurtis had no sooner dropped a large mackerel and coalie baited hook when the rod started moving. The powerful fish made a run, taking line as he wound down into her. I had lashed him to the harness and pad using a kayak strap when the rod bent over and started to apply pressure. Despite a bit of difficulty holding square to the fish and keeping the butt pad in position Kurtis soon settled into a steady rhythm with the reel on low gear. After a couple of dives and a half hour struggle minutes later we saw a flash of colour and the magnificent 169lb fish was soon boated. 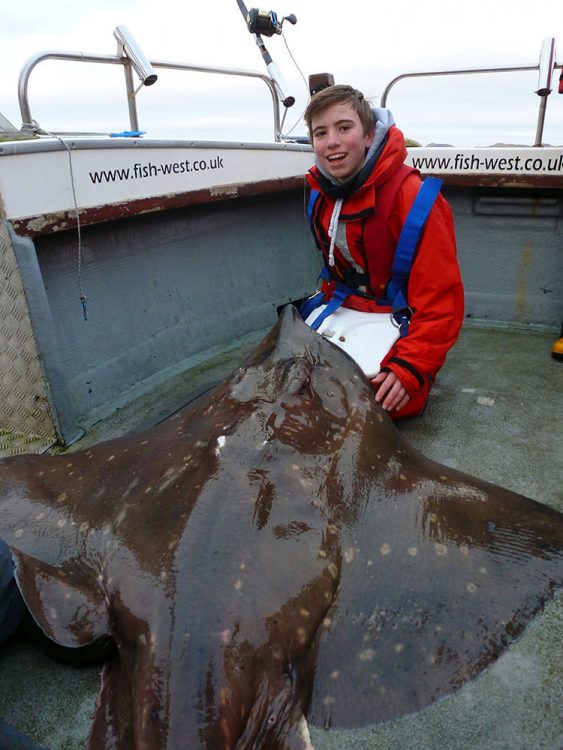