Craig Mackay set up his gear yesterday morning little knowing that five hours later, he would be prostrate and exhausted on the rocks with a massive skate at his feet. Craig and his mate Murray Farmer were targeting common skate and at 09:50 hours his 12/0 pulley rig baited with whole mackerel was picked up by the enormous female skate.

The pressure led to his Daiwa SL30SH moving around the butt of his Apollo Extreme rod and when the fish came within gaffing range for the first time the rope pulled out as the swell lifted the wings of the skate.

At 15:20 hours, the titanic struggle was finally over as Craig, Murray and two visitors hauled the beast onto the rocks. The fish, Craig’s first common skate, measured 90″ from nose to tail and 70″ across the wings. Current charts put her weight at a massive 223lb and after a few photographs and exhausted Craig and helpers return the majestic fish to the North Sea. 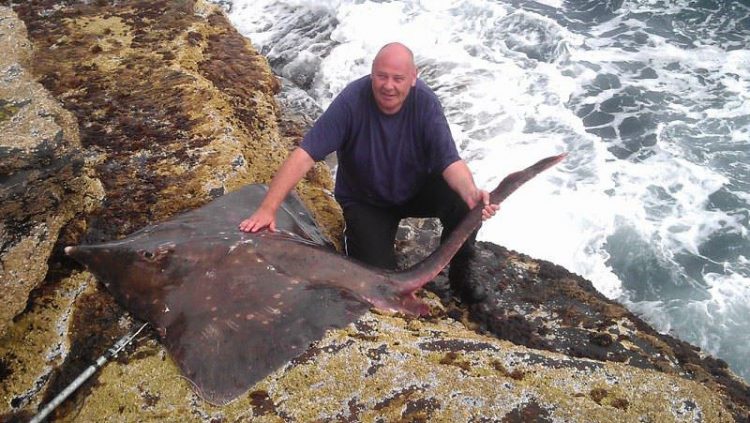