Thornback ray have started to show in good numbers on the pier and low and high water off the beach with some anglers having multiple hits. Rosall is producing best at low water with the average being around 5lb in weight. These fish are known to feed hard on the bottom. They can be caught using a variety of baits but fish baits, such as sandeels and squid wraps will tempt one if they are in the area.

The very small whiting have arrived with the occasional dogfish following behind feeding on these bait fish. It should not be much longer until the small codling start to appear, at the start of September as the temperatures drop and the summer species leave.

There are still smoothhounds and bigger pup tope being caught along the coast. Sole are still being landed from the Gynn Wall.

Best bait this week is probably fish baits as these will attract most of the bigger species.

Dave Brown targeted rays when out with Jason Usher and both anglers had four thornbacks for their session. 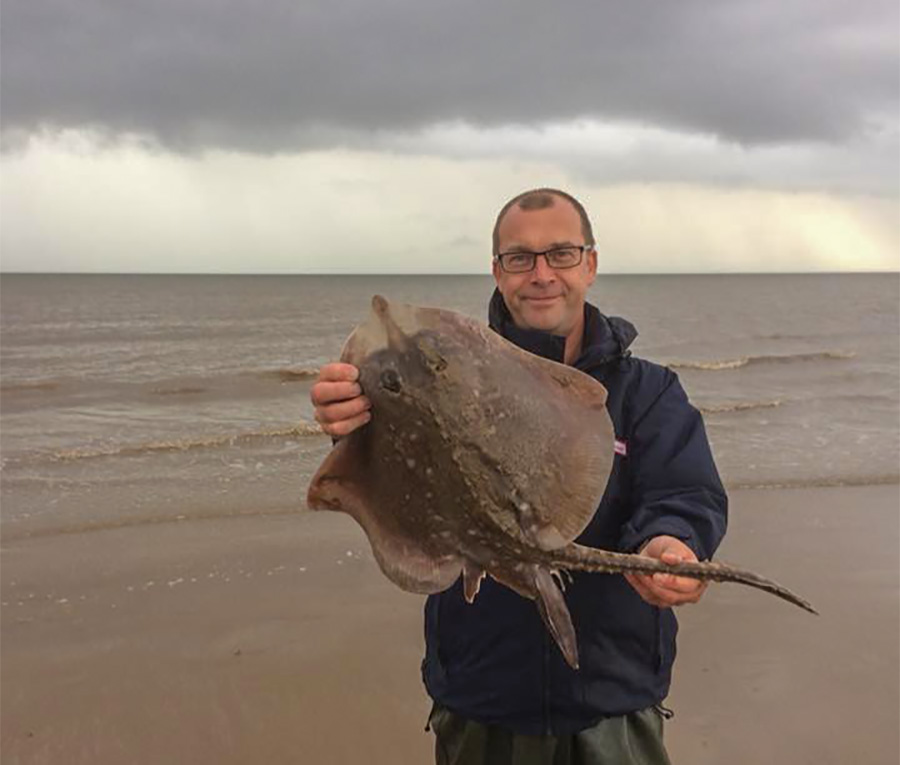 Dave Brown with one of his thornbacks

Fleetwood and District Angling Club were out on the Wall at the Miner’s Home last weekend for a combined flat and round fish match.

The fishing was very slow, with many anglers only having one fish or blanking. There were a few sole, some tiny whiting, pup tope, very small smoothhound and singles of plaice, flounder, gurnard and thornback.

Worm, both black lug and rag worked for the sole and crab or worm tipped squid picked up the other species.

John Hodgson was the match winner with a sole and thornback combination for 49points but he could have still won with his sole / gurnard combination worth 22 points.

The other anglers only had either flatfish or round fish.

Next Sunday’s match on the Ferry Beach at Fleetwood, a venue that could throw up a few surprises.

Special offer of the week at Bispham Angling is 10% off Cinnetic continental beach rods.