The weather warmed up very nicely for the weekend and brought the anglers out in force. A slight on-shore breeze made for a choppy sea but not enough to stop the boats from launching.

Once again this week it is all about the thornback rays, although we have also seen a few more bass caught.   John Clark launched his boat the Martello Bay and reported bass to 8lbs plus some good size rays as well.

Clacton Boat Club members Barrie Sage and John Cook also fished from their own boats Spindrift and Starfish and landed thornback rays to 8lbs and also some good size dogfish. 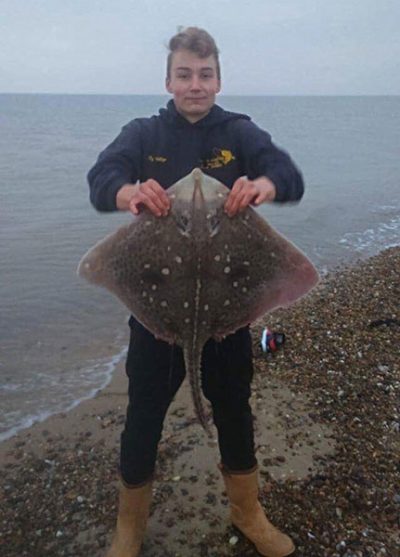 The Holland boats are also seeing very similar results.  Alan Tipple and Sandie Davis fished a mile off of the coast and also reported rays to 12lbs, dogfish and still some big whiting.

Dave Holland and Rocky Rochelle launched their boat Essex Boys from the Gunfleet Boat Club ramp and caught some large thornbacks to over 12lbs plus bass in the 4lb range.

St Osyth beach and surrounding area is still the top venue on our part of the coast with plenty of small rays to be caught, although there are some bigger ones in between them and Colchester club member Olly Yallop caught one of these weighing in at 11lb 8oz, he was using bluey for bait.

Clacton Pier has also been steady with still those rays being caught on most days with the odd small bass, dogfish and whiting.

The Clacton and Holland beaches seem to have slowed down somewhat, still rays to be caught, but not in the numbers that we have seen in previous weeks.

Frinton on Sea is not really fishing particularly well, but there are small bass and dogfish after dark to be caught here.

The Walton Pier Club headed for these beaches for their latest match, and were greeted with bright sunshine and an on-shore breeze. Fifteen anglers fished and the fishing was hard.  Not all competitors caught fish, but school bass and whiting were caught. Colin Harris came out on top, closely followed by Kevin Blackwell and third place went to Peter Harris. 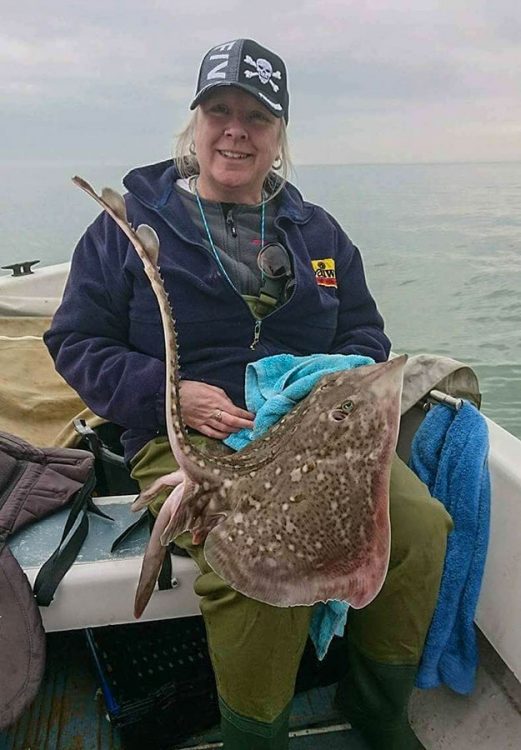 Walton Pier is still producing small whiting and a few rays off the top of the pier although they are a bit on the patchy side.  The odd small smooth-hound has also been caught this week which is a sure sign that Summer is on its way.  There are also some school bass from around the club hut area.

The high tides for the weekend are Saturday 3pm and Sunday 3.30pm