Anthony Hewson fished at the Hole in the Wall Cafe on the Gynn Wall over the weekend, he had a few codling then a cracking sole on black worm.

Fleetwood and District Angling Club fished the Wall after reports of good fishing. Unfortunately, lightning doesn’t strike the same spot twice, and with a slight change in wind direction to easterly and a clearing of the water, the fishing was dire. Instead of the anticipated cod, smoothhounds and dogfish there was a handful of flounder plaice and dabs. 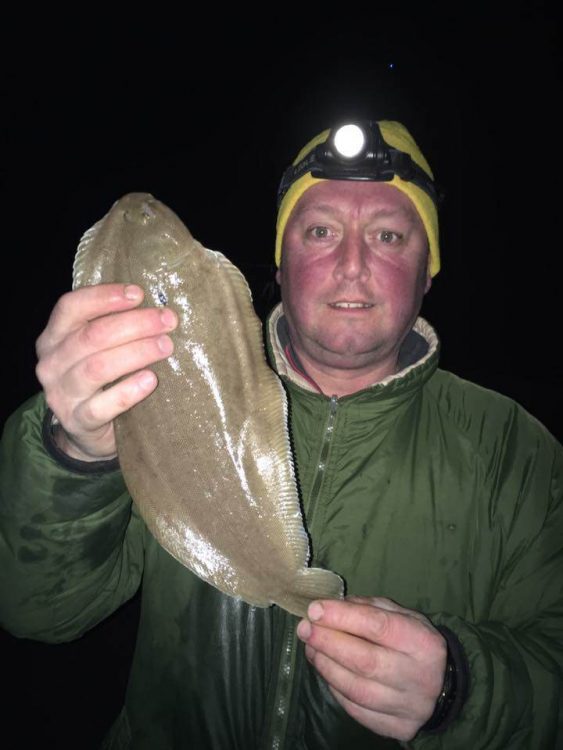 Anthony Hewson with his sole

Of the 18 anglers taking part only seven weighed in. The winner was Dave Wilson with two flounder and a dab. Dave also had the largest fish, a 30 cm flounder. All in all, not a good day, a classic case of you should have been here yesterday.

Young Mollie Miller, aged just four, landed a nice codling from in front of Hilton Hotel on worm tipped with squid chucked into the first channel. 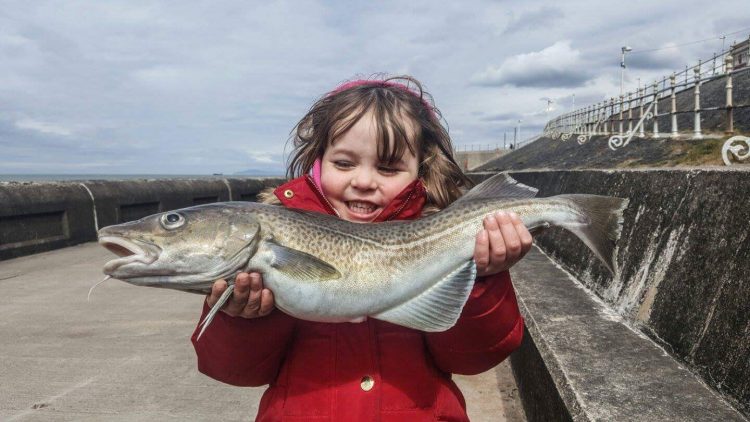 Young Mollie and her cod

Neil Mistry enjoyed a great night’s fishing on Saturday, on the Gynn. He had nine doggies, six whiting one flatty and a cracking cod. He fished three hours up and three down right to the sand.

Rick Pennington reports that there have been some very nice plaice been coming from the Gynn lately, who needs to go to Morecambe. Just dogs and plaice for Rick today, while hoping for some new species. His plaice weighed up to 2lb as he fished next to Daz who emptied the sea of flounder.

Jordan has a deal on in the shop this week with 10% off all Sidewinder products.