Research and forward planning paid off for South Wales angler Ben Edwards and his mates when they treked to a new shore mark to try their hand at tope.

Using a Sakuma Manta Extra 6/0 pennel rig with 150lb trace nylon the lads launched there half mackerel baits seawards. With the large baits resting on the bottom 60 metres out from the rocks It wasn’t long before Rob Collins had a run which after a spirited fight resulted in a fish touching 26lb being landed. This was followed by a 23lb 8oz fish for Ben and a pup for the third of the anglers, Ben Price. All the fish were returned to fight another day.

The run of tope was completed when a 20lb plus fish bit through Rob’s 150lb trace as it reach the rocks.

The guys are still buzzing after an excellent session. 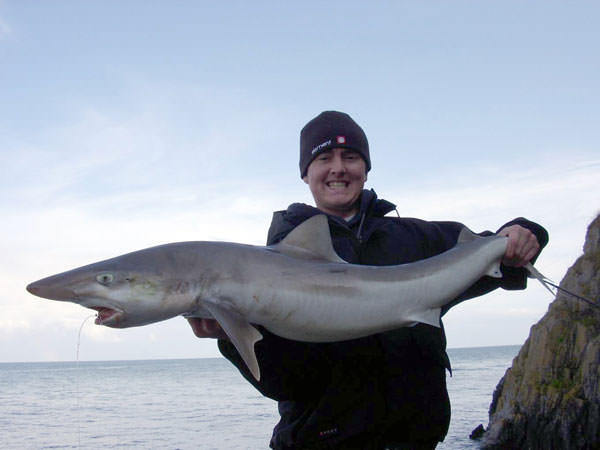