Mid-September has always been traditionally known for the bigger bass to move in and feed on the Autumn whiting along with any other small fish they can devour. With a bit of luck, they should stay with us till late October when they will move into deeper waters until next Spring.

This week the boats have had a bumper time with the hard fighting bass. The Brightlingsea based charter boat Sophie Lea also reported more bass this week plus smoothhounds and thornback ray.

Neil Marples fished off the Walton coastline on his own boat “Milore” and reported that there were now plenty of whiting to be caught plus bass to 5lb 5oz, and he also caught his first codling of the season. 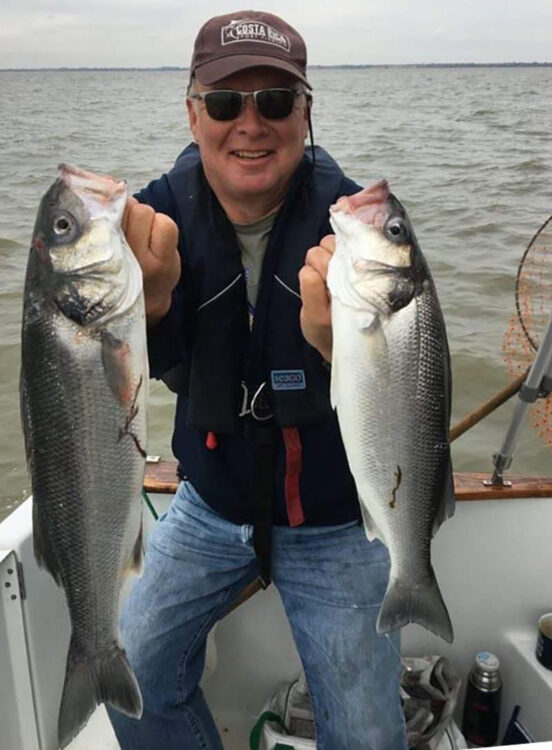 Neil Marples caught this brace of bass from his boat Milore off the Walton coast.

The rays seem to be smaller than average with most around the 3lb-5lb mark. The hounds are also now thinning out, they are still there to be caught but certainly not as many and not as big as the ones we saw last month.

Still reports of the odd stingray turning up for the boat angler, they will also be moving off to sunnier climes in the next week or two.

The beaches and piers have had a very reasonable week with bigger bass feeding close to the shoreline.

Walton Pier has produced some good fish, young Tom Billings aged twelve fished with his Grandad on a day time tide, and Tom managed to land a 10lb conger eel on a spinning rod and ragworm bait, which was no mean feat! 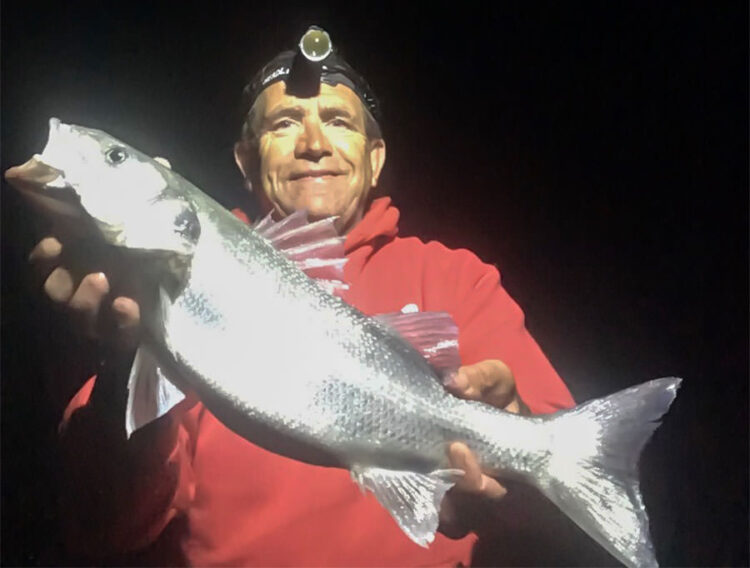 Walton Pier is producing some good size bass at the moment, this one I caught on a half mackerel bait fishing under the pier.

The water seems to have cleared again and a few mackerel have been caught. I headed back to the pier to fish after dark and fishing big mackerel baits on 6/0 hooks fished under the pier for the elusive conger eel. Sadly, no congers but I did catch a good bass, plus lost a big fish later in the evening around one of the barnacle encrusted pier piles.

Lesser spotted dogfish have also moved in around the pier and they can be troublesome after dark for those anglers aiming to catch a ray or bass.

Walton Sea Angling Club headed for the Frinton beaches for their latest evening match. The weather was awful, and they were greeted with strong winds and heavy rain, but undaunted they fished through and whiting, sole, flounder, bass, codling and a solitary thornback ray were caught. Top angler on the night was Rob Tuck with the thornback ray and bass for 4lb 4oz, second spot went to Alan Humm with eight fish for 3lb 4oz and third Nik Highfield with a sole and bass weighing 1lb 6oz. 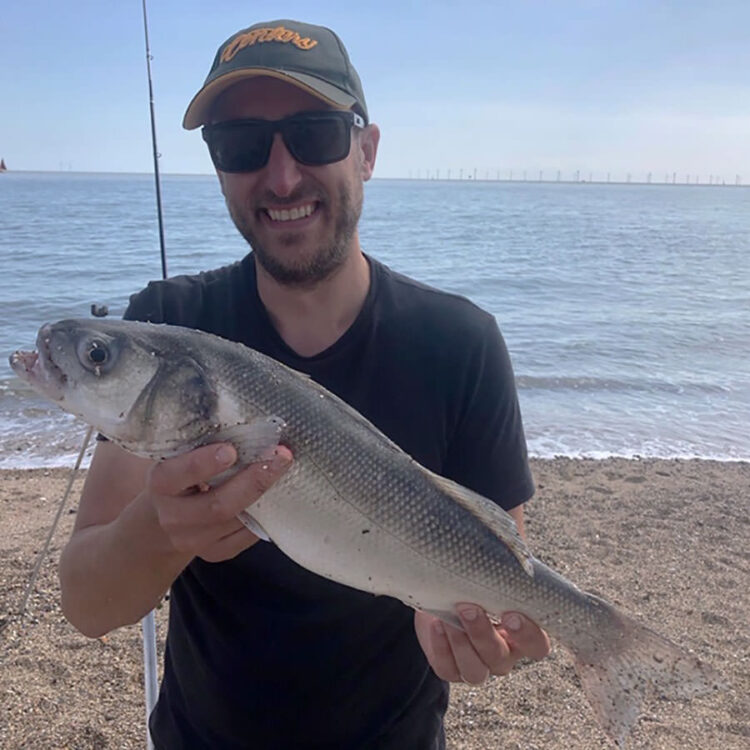 The Frinton beaches are seeing sole being caught on ragworm baits after dark along with the odd small thornback ray.

Holland on Sea is producing bass to around the 5lb mark along with dogfish and small thornback rays after dark.

Clacton Pier is also seeing thornback ray although most are around the 3lb-5lb range.

Hopefully in the next few weeks we may see a few more codling appearing although they really seem to be hit and miss all around the coast.

If you have any fishing reports or photos you can send them to poppplewell1@btinternet.com

The high tides for the weekend are Saturday 2.15pm and Sunday 3.05pm.

Huss And Hounds In Menai Straits