Sole And Hounds On The Lancashire Coast

Anglers who braved the wind and rain found bass, sole, tope pups and odd smoothhound. Ragworm is still the best bait at moment closely followed by black lugworm and crab baits. Big baits don’t seem to be doing the damage at present. Small hooks close in with small baits over low and high water seems to be picking the better fish in between the smaller fish. 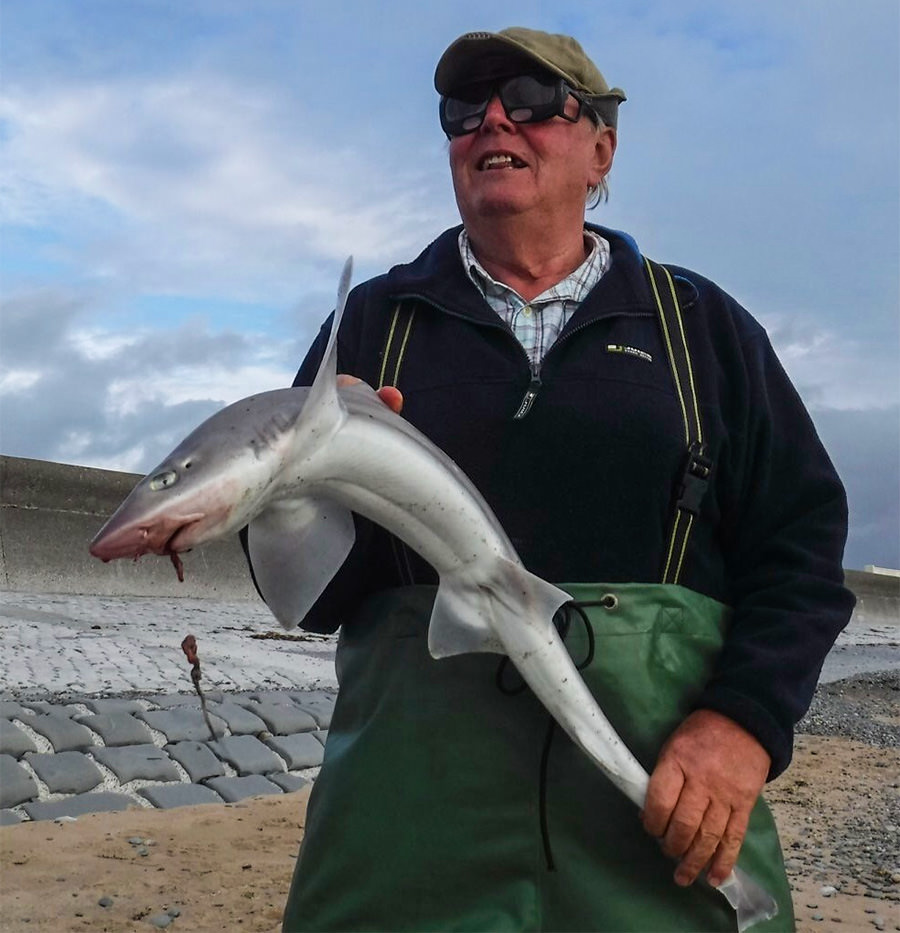 The weed has been a major problem for the last couple of weeks but finally it has died down and the water is starting to clear again.

Fleetwood and District Angling Club fished their latest match last Sunday. The weather Gods were on their side at Five-Bar Gate. It rained hard for the first hour, then cleared up and the wind was still slightly off the land, so it was very fishable. Not much weed about which was a bonus, unfortunately not a lot of fish also.

Around half the anglers blanked, but seven caught fish. John Hughes was the winner with two sole and at 34cm and 32cm they were decent fish. John used fresh black worm.

Next week it is at Stanah and is a fish bait and worm only match. 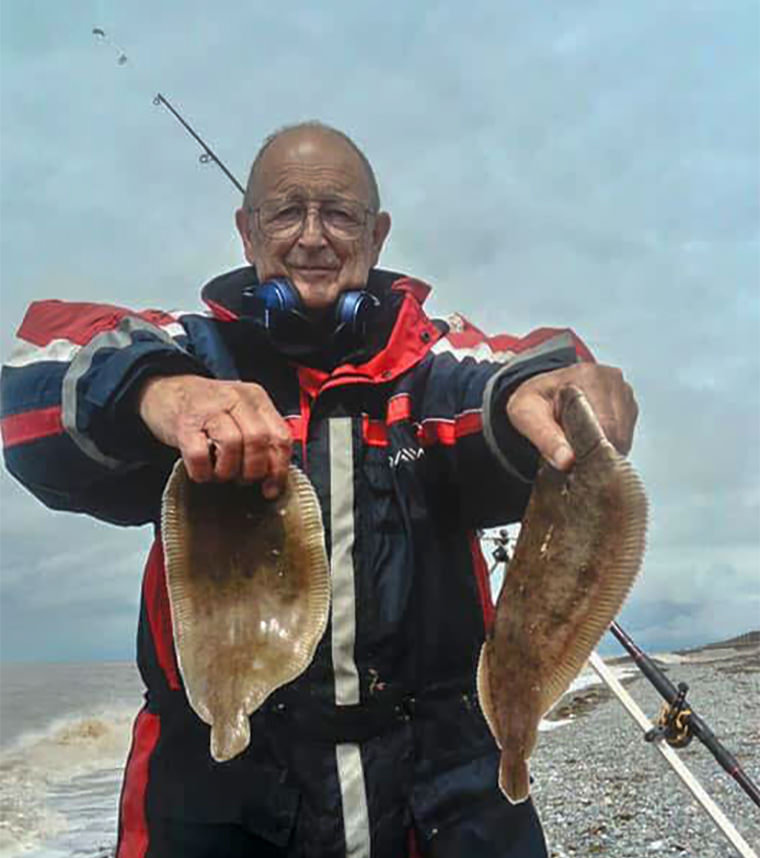 John Hughes with his two sole

Dave Brown was out last Sunday after his shift at work. Norbreck was very fishable with little weed. After a slow first few casts Dave started getting a few fish and ended up with one school bass, a couple of sole and a whiting. A bass in welly deep water hit his tripod and shot off, Dave doesn’t know who was more startled 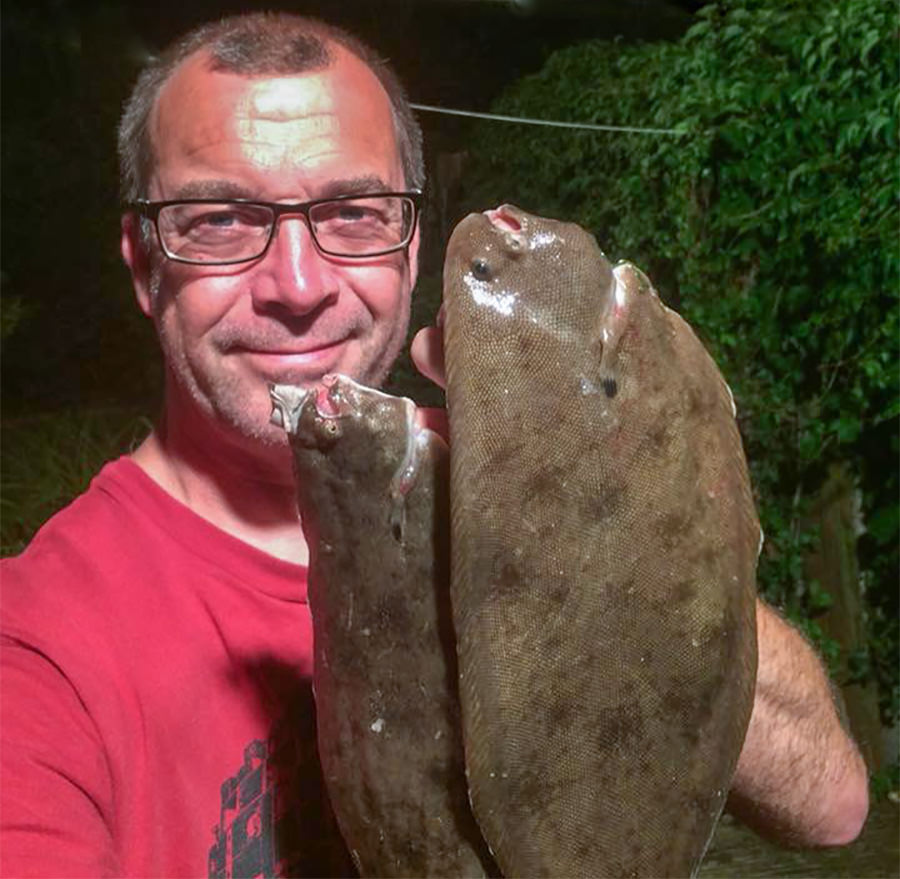 Disappointing Fishing At The Lincolnshire Pairs