It seems like this is a week of consolidation, temperatures are rising and the fishing in general has dropped for beach, pier and boat anglers. The thornback rays seemed to have gone off the feed with just the occasional ray showing for the beach angler.

I have had a couple of fishing trips this week, both resulted in very little caught, my first trip was down to the Frinton beaches to fish an evening ebb tide, yes I did have a few bites on peeler crab baits but I didn’t manage to catch anything! Undeterred my weekend trip was to fish the river estuary for bass, but after four hours fishing all I could manage to catch was two very small bass on ragworm baits.

St Osyth beach, which is famous for the big stingrays has also been quiet, with just the odd school bass and a few bigger than average whiting.

The Jaywick beaches are seeing small bass with eels and flounder also to be caught.

Head towards the Clacton and Holland beaches and not much different here either. What I will say is on all these beaches, to optimise your chances of catching something bigger, fish the evening/night tides when the heat has cooled down and beaches are quieter.

Ben Scammel had a good evening on the local beaches catching some good size bass. 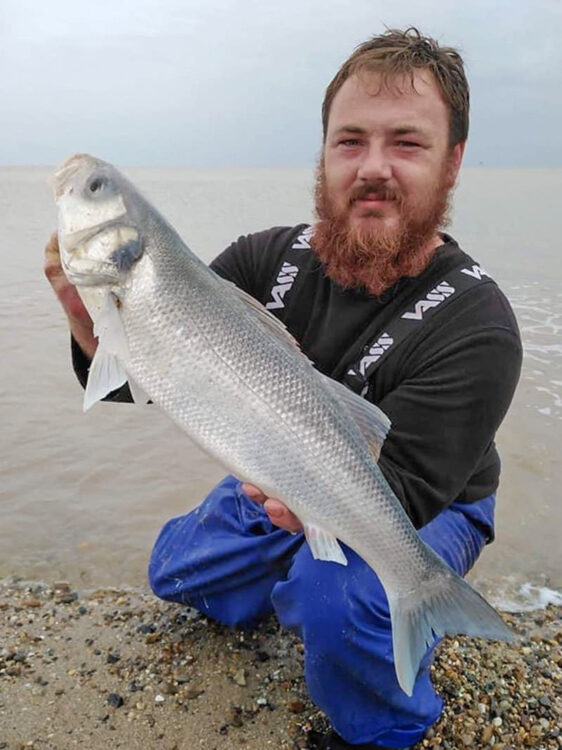 Ben Scammel landed this cracking bass from the local beaches

The Frinton beaches have produced the odd thornback ray, school bass and a few sole are now being caught after dark. Ragworm baits fished 40 yards out on small hooks will put you among these tasty flatfish.

Down towards the Walton beaches and it is much the same story, school bass, sole and flounder. The favoured area to fish is either side of the pier on the promenade, after dark will see bigger bass and sole being caught.

The Coastguard beaches are also seeing bass and soles and beyond the Naze Tower in the rougher ground can produce some very big bass at this time of year, along with thornback ray and sole. It can be very weedy at times here, but the chance of a bigger fish will outweigh all that weed!

The boats have faired better this week. Summer tope packs have started feeding out on the further fishing marks and tope have been reported to over 50lbs.

Darren Hutchinson fished from his boat Black Marlin out of Bradwell-on-Sea. He started the season off nicely with a 40lb tope caught on a fresh mackerel bait. 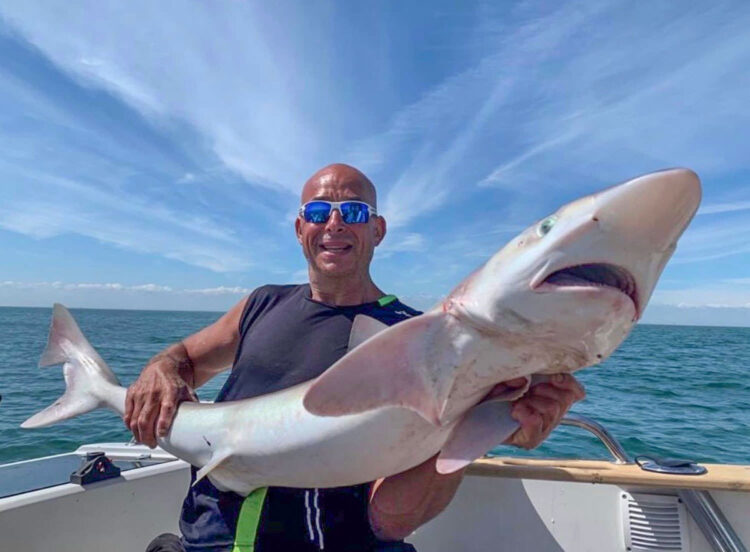 The charter boat Sophie Lea out of Brightlingsea has been catching plenty of thornback rays to 15lbs along with bass to around 8lbs and also some good size smoothhounds.

The Gloria B2 also out of Brightlingsea has also been among the hounds with fish reported into double figures. Also bass and thornback ray to over 10lbs

Alan Tipple and Sandie Davis launched their boat from the Gunfleet Boat Club slipway. They headed out to the Swinn in search of bass and smoothhounds, the fishing was slow but as the tide eased Sandie landed a double figure ray along with a few smooth hounds.

A Hectic Week In Bispham Angling