Sea Angling News from the Angling Trust – May 2014

Give Fish A Chance! This is the message the Angling Trust is proud to be supporting in partnership with other sea angling and conservation organisations around the UK.

We’ve joined forces with the Scottish and Welsh federations of Sea Anglers and the Scottish Sea Angling Conservation Network to support a UK wide policy on sea angling and conservation.

The initiative will provide common sense advice on how anglers can contribute to conservation through a series of voluntary measures as well as promoting best practice in all aspects of sea angling.

The first piece of work will to be to agree a UK-wide  common set on recommended minimum sizes at which anglers from right across the UK can be confident a fish will have the opportunity to have spawned at least once. 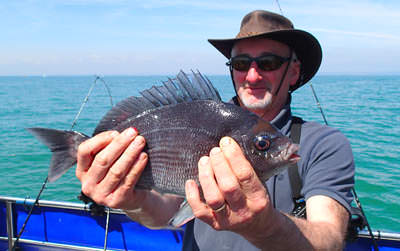 The Angling Trust’s Sussex Marine Region has been hard at work consulting anglers, clubs and charter skippers over a new voluntary Code of Conduct for black bream fishing on the Kingmere reef – one of 27 new Marine Conservation Zones around the coast.

The code has been drawn up by local anglers, clubs and skippers in consultation with the Angling Trust and is designed to help with the management of the marine conservation zone and limit the need for further restrictions on recreational anglers fishing for black bream. For more information on the code visit www.anglingtrustsussexmarine.net

Stop press! Sussex IFCA is currently undertaking a tagging study of black bream, and you could be rewarded for your help and information on tagged fish.

Download the IFCA poster for full details on what to do here: Black Bream Notice to Fishermen 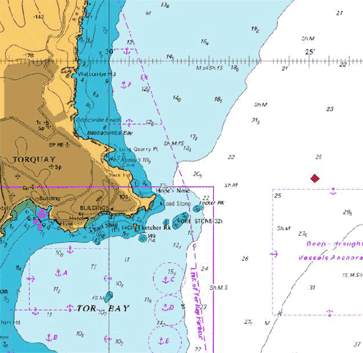 The Devon & Severn IFCA has been looking for suitable locations around the District to introduce fisheries management that seeks to proactively develop the sea angling sector.  Three potential pilot study areas to assess the impact of introducing management measures to improve sea angling have been identified.

For more information on the proposals, the individual sites, and to respond to the consultation, click HERE .

The consultation closes on June 17th. 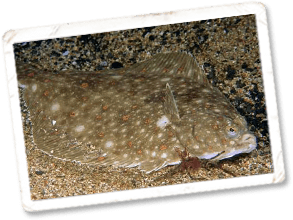 A voluntary code of conduct has been drawn up for recreational anglers fishing within the Lyme Bay Fisheries and Conservation Project area off the coast of Devon and Dorset. Local fishing clubs, tackle shops, charter skippers and anglers have been consulted over the simple nine point code, drawn up by the Angling Trust’s representative on the project’s working group. The code will help anglers to understand how to fish responsibly and sustainably within the Lyme Bay box. Fishermen, conservationists and fisheries managers working together through the project have agreed a number of codes for different fishing activities.

Mike Spiller, who represents the Angling Trust on the project’s working group said, I believe today’s recreational sea anglers are much more interested in what is going on and happening around them. Hopefully the Lyme Bay Reserve through this very simple code of conduct for angling can help and perhaps spread to areas being set up in other parts of the country.”

In 2008 the area was closed to trawling following extensive damage to the reef habitat but was subsequently threatened to be overfished by a sharp increase in the use of static fishing gear. Anglers in the area have credited the trawling ban with an increase in the diversity of species, such as rays, in the area over recent years. For more info on the Lyme Bay project visit http://www.lymebayreserve.co.uk/ 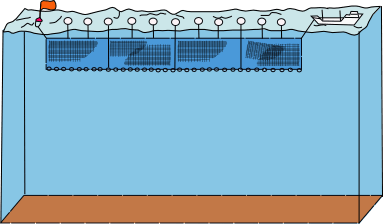 Outgoing EU fisheries Commissioner for Fisheries and Maritime Affairs, Maria Damanaki, has thrown her support behind a proposal to ban all vertical drift nets in EU waters.

The use of drift nets was banned in 2002 but exemptions were made allowing some to continue and these loopholes have since been exploited with particular problems of bycatch and illegal fishing with these nets in the Mediterranean and Atlantic tuna and swordfish fisheries. Maria Damanaki has said about drift net fishing,  “It threatens marine wildlife and species which are protected under EU legislation. Tolerating this practice comes in contradiction with our newly reformed Common Fisheries Policy.” British commercial fishermen use drift nets to fish for herring, salmon, mackerel, bass, mullet and other species around the coast of the UK.

The European Anglers Alliance (EAA) has already supported a total ban on drift nets in the Mediterranean and members, including the Angling Trust, are considering the benefits of supporting a wider ban across the rest of the EU.

Jan Kappel, Secretary General for the European Anglers Alliance said, “EAA lobbied vigorously the reform of the Common Fisheries Policy (CFP) and for more selective gear and fishing practises to be introduced as a result of the ban on discarding that was introduced in the reformed CFP. For this reason EAA is inclined to support a ban of small-scale driftnet fisheries in other waters than the Mediterranean Sea. A ban of drift netting in the Baltic Sea took effect in 2008. EAA is considering if a regional approach would suffice, or if the best way forward is – as the Commission suggests – to ban drift netting in all EU waters once and for all.” 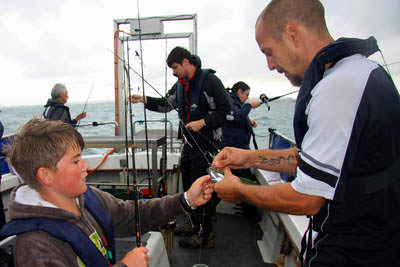 Last year several clubs and anglers in Sussex came forward requesting the need for a coaching course in Sussex. Our Regional Development Officer for the South East, Danny Williams, was able to access bursaries which are awarded to clubs who are willing to embrace working within their local community to promote the sport and offer access to planed programs such as coaching, competitions and other organised events. As a result a coaching course in Sussex was organised.

The course finished earlier this month. The Coach Educator delivering the training was particularly impressed by both the enthusiasm of the participants and their willingness to support each other. Course portfolios are still to be assessed and the written paper marked, however he is quietly confident of a positive outcome for all those who completed the course. Matt Lingard, one of the participants, said, “I’m very happy with the course, in my line of work we have to attend lots of training, which I do like. However this was great, we all enjoyed it, and I’m really looking forward to putting this stuff into practice”.