Savage Gear Head UK Consultant Ant Glascoe Jnr has just returned from the Shetland Islands with his friends from the Glasgow Angling Centre. The lads landed lots of big ling, coalies, cod and some awesome pollock. Ant went to test a few Savage Gear lures due hit the market shortly such as the Real Eel and 3D Herring Shad. The Real Eel was particularly productive taking good numbers of ling to over 30lbs and some whopping coalfish.

Ant said, “My target for the trip was to capture a ling on a lure and anything else would be a bonus. I had hoped to better my personal best pollack but narrowly failed with the pictured specimen below which later transpired to be only 4oz below the Scottish boat record set over 40 years ago.” 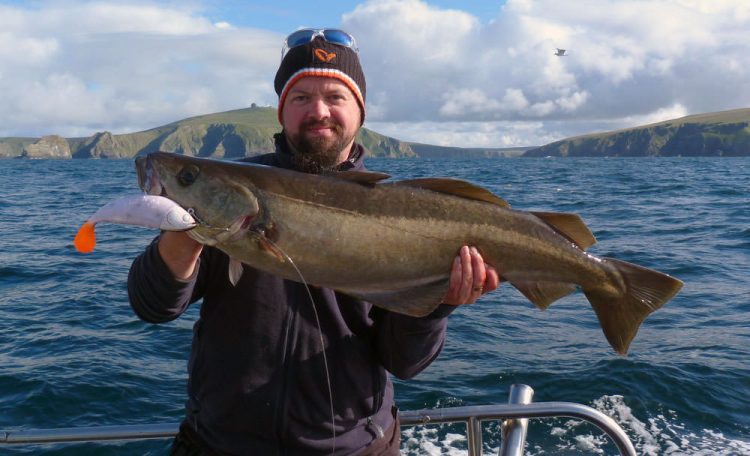