It seems a very long time since anglers have been fishing. As from last week the English government relaxed the tight COVID-19 rules for beach and private boat anglers. We can once again go fishing, provided social distancing guidelines are adhered to. However, unfortunately the charter boat fisherman is going to have to wait until the two metre social distancing is relaxed along with pier fishermen as both Walton Pier and Clacton Pier will be closed as they are part of the amusement industry and will have to wait for additional government guidelines. Competition fishing is not permitted as is it deemed as a social gathering.

The private boats that have launched this week have had a bumper time. All of the summer species have arrived in force, with some large smoothhounds being reported along with bass and thornback rays.

Alan Tipple and Sandie Davis launched from the Gunfleet Boat Club, and headed out to the wind farm on the Gunfleet Sands. They both had great sport with the hounds, landing fish to 9lbs. 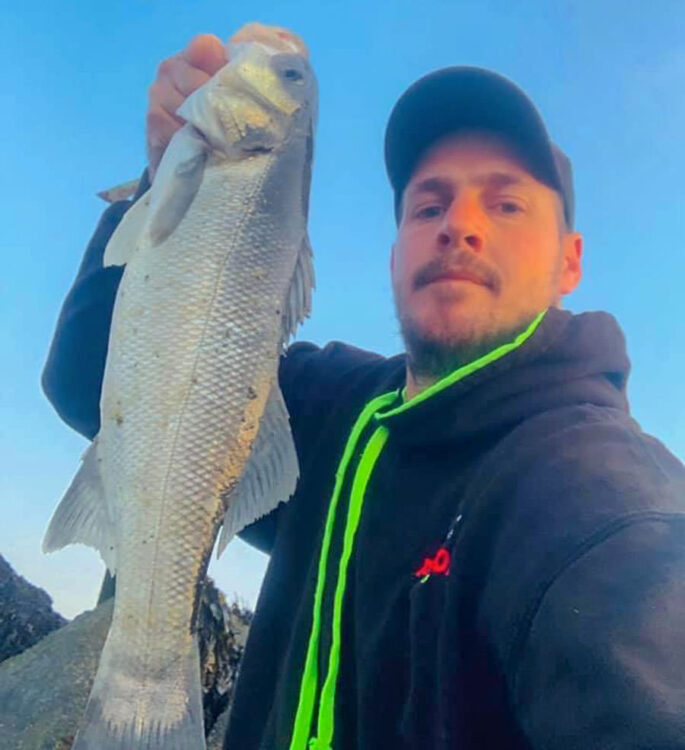 Dave Holland also got in on the act with some very good-sized hounds to 15lbs plus a 5lb bass to finish the day.

The beaches have really come into form, although weed is a very big problem at the moment on the ebb tides! Masses of mayweed has been clogging the anglers’ lines making it virtually unfishable, but the flood tides are no problem and weed free.

I had an evening trip to the Frinton beaches and fished over high water and most of the ebb tide. The weed problem was awful, but I fished through it. Plenty of whiting and school bass were falling to ragworm baits within minutes of casting out, so I opted for big peeler crab baits and on the last of the ebb tide I landed a hard fighting smoothhound, followed by another two which because of the heavy weed on the line were both lost before landing! 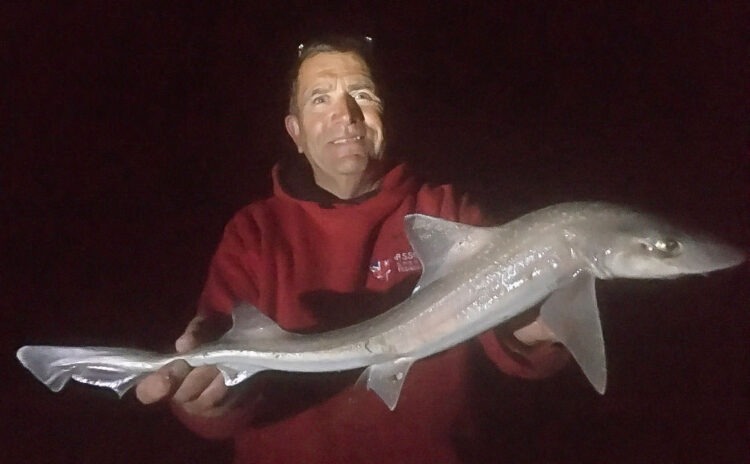 Matt Clark also fished this area a few days before and he also landed a smooth hound on a squid and peeler crab bait.

Phil Wringer fished a night tide here at the weekend and caught dogfish and thornback rays, his heaviest ray weighing in at 7lb 4oz.

So top venue this week has to be the shallower Frinton beaches, but just beware of the heavy weed on the ebb tides.

The Walton beaches are seeing plenty of school bass along with the odd bigger one from around the pier area, ragworm will be the best bait to use here. 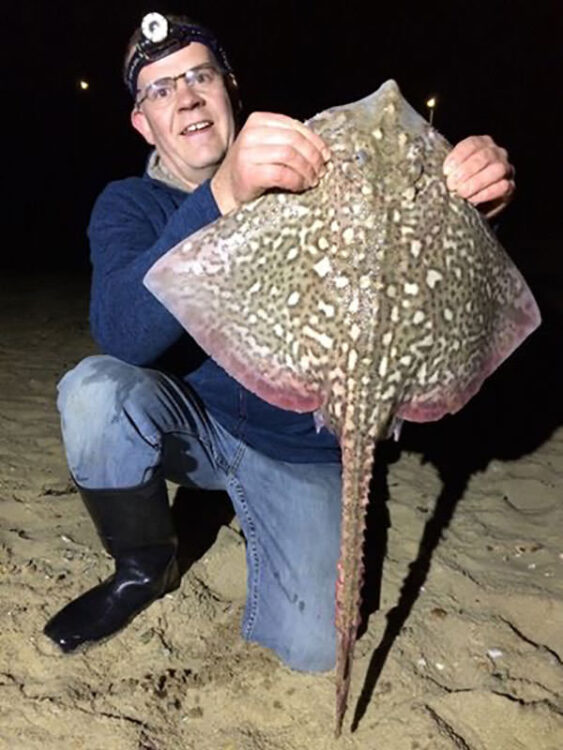 The beaches either side of Clacton Pier are producing bass after dark along with the odd thornback ray.

If you have any photos or fishing reports you can contact me at popplewell1@btinternet.com

Lancashire Sea Angling Is Back