Few anglers have ventured out in the recent gale force winds with a lot of the Region’s piers being empty on most days with anglers heading for the more sheltered river and beach marks.  Shore sport has generally been slow with just the odd whiting or dabs making up most anglers catches particularly from any of the beach marks from the Durham beaches down to Hartlepool, and the rivers continue to suffer from an influx of flood water keeping catches well down from everywhere except the very lowest estuary marks.

There are some decent cod around however, for those in the right place at the right time, with the better results coming from the low water marks north of the Tyne, and, when conditions allow, South Shields pier, Roker pier, and the Hendon Wall area at Sunderland.  Up at Amble K. Rutherford won a match with four cod weighing 11lb 4oz.  Willie Emery had a good bag of seven cod for a total of 26lb 2oz taken at Bog Hall Rocks to win a Newbiggin match ahead of Gary Tully with five for 16lb 10oz, and Bill Foster with five totalling 13lb 14oz. 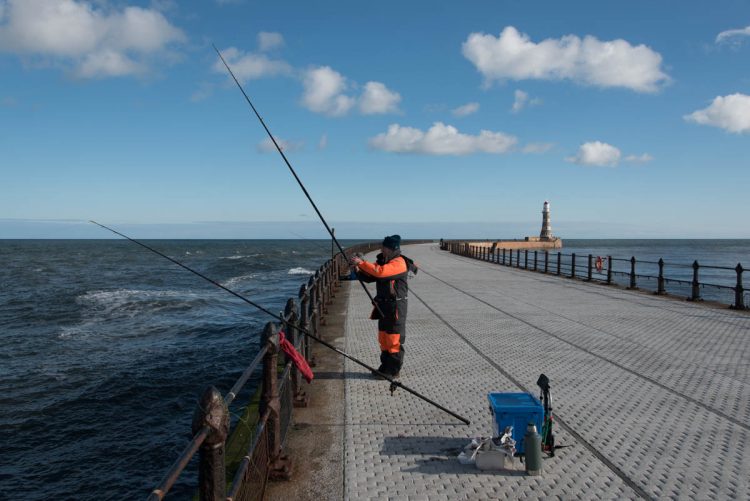 Ross Waiton had a cod of 9lb 6oz from Tynemouth beach during a pleasure session.  L. Jackson had two cod for 10lb 7oz, the best weighing 7lb 13oz from South Shields pier.  Michael Charlesworth had a personal best cod of 7lb 3oz from Roker pier, the fish taking a big lugworm bait.  Gareth Gardner won a Cleadon match with eight cod weighing 13lb 7oz from Hendon just ahead of Steve Taarland with two for 12lb 4oz, the best at 8lb 3oz, also from Hendon.  A Ryhope sweepstake match saw Gaz Watson win with a cod of 7lb 2oz followed by Shaun Williams with cod of 6lb 2oz, 4lb 1oz, and 4lb all taken from the Barrier.

The Seaham Boxing Day Heaviest Fish Open only saw 14 anglers weigh in, and it was those who could cast at distance from the cliff top marks that produced most of the 50 fish for a 105.86lb total.  Glenn Appleby took first and third places with cod of 7.27lb and 5.06lb, John Williams was second with a cod of 6.89lb, Glenn Appleby also took the heaviest bag with seven cod for a total of 22.58lb and also the team event with D. Appleby for a total of 28.47lb.  Gary Pye and Darren Swan took the second team place with a total of 13 fish for 20.82lb.

Turbulent weather conditions are forecast for the rest of this week into the new year and at least some periods of easterly winds are forecast which should push some cod inshore in the south of the region which so far this winter has seen very poor results as far as cod are concerned.  Commercial interests continue to report large numbers of cod six miles offshore from Hartlepool.  Generally, the Durham beach marks and the Hartlepool piers see the bigger cod moving inshore between January and March, and the really big double figure spawning fish can show at any time even in flat calm seas so be prepared for them, if of course, they ever arrive.