Both the rivers Tyne and Wear are starting to fish very well now with plenty of mixed bags reported. The Wear seems to be producing most fish to crab baits whereas the Tyne has a lot of fish still taking ragworm and mackerel or bluey baits. Alan Piggot won a Longbenton match in the Tyne with a cod of 4lb 1oz, junior angler Joshua Brennan taking two flounders for 1lb 3oz. Best shore caught cod reported was one of 5lb 2oz taken by John Nixon from the Wherry. Mick Quayle fishing Claxheugh in the Wear took 12 specimen flounders to over 40cm during a recent pleasure session.

The South Shields monthly sweepstake match produced unexpectedly poor results after the pier had produced good bags of coalfish, small cod, and plaice during the lead up to the event. Nigel Gemmel only needed two coalies totalling 2lb 3oz to win ahead of Robert Lees whose two cod weighed 1lb 15oz, and Mark Robson with a single flounder of 15oz. 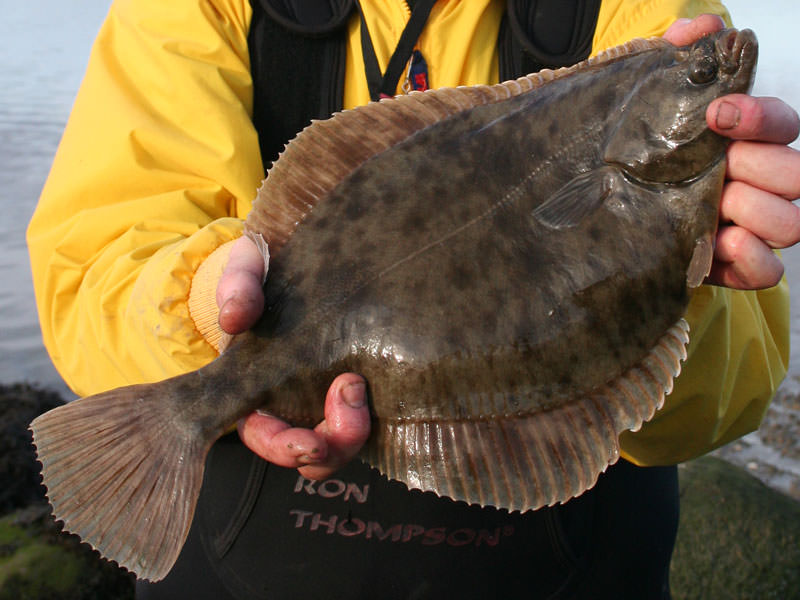 Hartlepool Pirates travelled over to Port Carlisle in search of the abundant flounders in the Solway for their last match. Conditions were not perfect and J. Watts and P. Shields tied for the longest fish at 35cm. Bill Bradley had seven measuring 196cm in total to win and runner-up S. Shields had four for 109cm.

The Ryhope Tuesday heaviest fish evening sweepstake in the Wear saw Bob Surtees win with a flounder of 1lb 2oz taken at the Glass Centre, Andy Rutherford took the next two places with flounders of 15oz and 13oz.

The Ryhope club match on Sunday at the Copthorne Hotel in the Tyne saw all 34 anglers land fish. Lee Burton won zone A with 10 measuring 160cm, followed by Tommy Tate with eight for 145cm, and Bob Surtees with eight for 133cm. John Blayney had the longest in this zone at 34cm. Zone B was more productive. Paul Richardson won with 13 for a total length of 214cm, Chris Hossack had 12 for 174cm, and Billy Bell had 16 for 165cm, including the longest at 38cm. Top junior was Darren Tate with six totalling 126cm.

The Silloth Open last weekend saw lots of flounders landed from the upper promenade in a catch and release match fished over high water rather than the traditional low water. Chris Stringer was overall winner with 22 fish for 225 points which won him £480. D. Liddington had 12 for 175 points, and R. Haughton had 10 for 159 points, including the longest fish at 43cm which won him £400. Additional zone winners were G. Griffiths in zone A with 14 fish for 112 points, Jim Dobie in zone B with 11 for 104 points, L. McKereth in zone C with nine for 138 points, and P. Pape in zone D with 7 for 118 points. Forty out of 80 anglers returned their marked cards with a total of 322 fish recorded, being flounders, dabs, plaice, dogfish, and eel.

The Rutherfords sweepstake matches, all at the Copthorne Hotel on the Tyne, start on Tuesday June 12th, then on Thursday June 28th, Wednesday July 11th, Friday July 27th, Friday August 10th, and Friday August 24th. All catch and release and all fished from 7.30pm until 10.30pm.

Boat angling is also starting to improve along with the weather. Isolated mackerel shoals are being reported, along with large shoals of herring and sandeels in the north of the region, all of which are good fresh bait for the greedy ling which should be showing in numbers by now. All boats have reported increasing numbers of coalfish around the 2lb to 5lb mark, and pollack up to 10lb. The population of both these species has increased steadily over recent years. The biggest cod reported so far this season was a monster of 23lb taken by Kris Kolaski aboard the Famous out of Hartlepool; the same trip produced 20 other cod to 4lb, plus good numbers of coalies and a few mackerel. The Sarah JFK out of the Tyne had around 100 cod between 3lb and 4lb, with a few better ones to 7lb. The Mistress also out of the Tyne had similar results, both reporting huge shoals of coalfish and mackerel.