Croxton’s Dave Burr continued his winning ways in the latest Skegness Pier Angling Club (SPAC) match held at Trunch Lane. He is unstoppable at the moment, adding the Frank Parkins shield to his increasing hoard of silverware, with a catch of twelve flatfish weighing in at just over 9lb. Some way behind in second place was another in-form angler, Corby’s Paul Marshall, whose six flatties tipped the scales at 5lb 2oz. He also took the heaviest round fish prize by default, with a nice 1lb 3oz flounder. Chapel Beach Angling Club member Barry Staniland came in third with three flounders for 2lb 5oz. SPAC stalwart Mo Fendyke only caught one fish, but his 1lb 4oz flounder was good enough to take the heaviest flatfish award. Despite breaking his expensive rod in two, Wrangle’s Alan Steadman managed to catch two flounders and a nice silver eel to beat the two flounders caught by Skegness local Dave Bradley in the 1st round of the 2012 SPAC Knockout. 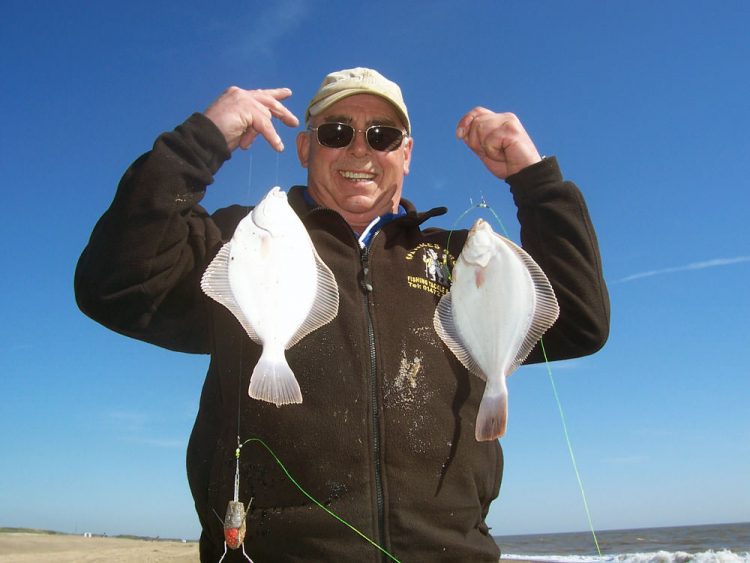 The next SPAC match will be held on Sunday 10th Jun from 8.30am till 12.30pm at North Shore Road, with Club members fishing for the Dodsworth Cup. There is also an open section, which non-members are welcome to participate in. For further information please contact SPAC Secretary Chas Tibble on 07984 967988 or chastibble@hotmail.com