Lots of smaller species are dominating shore angling at present with just the odd chance of a bigger spring flounder or whiting among them.  Fishing down the pier sides for mini species and at the very extremes of the tidal rivers seems to be very popular lately, and is a good indicator that shore angling is quiet at this time of the year.

There are plenty of smaller flounders and codling in the upper Tyne where many anglers are now fishing with ultra light tackle for a bit of sport, and where some club matches and sweepstakes are now being fished on a measure and release basis.  There is always the chance of a big specimen flounder which can be quite a struggle on coarse match rods which some anglers are now using.  A recent Durham Constabulary match in the upper Tyne produced lots of flounders and codling including a fine specimen of 43cm taken by Peter Chadwick, a very nice fish for the upper Tyne.  Peter won the match with nine fish for 171 points ahead of Ian Ainsley with six for 112 points and Barry Johnson with two for 32 points.  A Tynemouth match in the lower river only produced a single weigh in when Chris Robson won with five dabs weighing 2lb 2oz.  In the Wear, Robin Greenhow won a sweepstake match with 22 fish for 458cm, Dave McCready had the best with a blenny of 28cm.  Heaviest fish matches in the Wear are generally being won with coalfish around the 25cm mark, most of which are showing on late evening and night time tides. 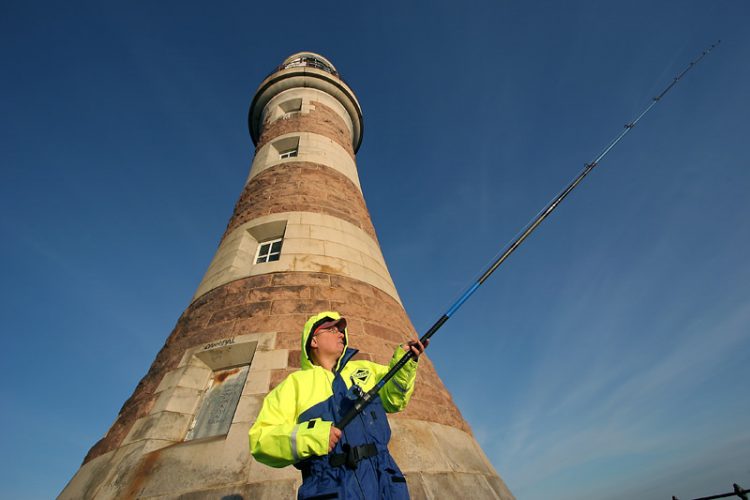 There are not not many encouraging catch reports from the West coast lately.  Flounders should be out in force along the Solway and Cumbrian shoreline very soon with rays, dogfish and bass moving inshore at Kirkudbright and around the Silloth area.

Norway has of course been popular for visiting anglers for several years now, with a big double figure cod the prime target for North East anglers.  Tom Talbot fished at Soroya recently, having never caught a double figure specimen he soon remedied this with a 13lb fish on his first cast, then he took increasingly bigger specimens of 40lb, 50lb, and then a massive 60lb monster, all taken on Big Bob lures and safely returned.
Local boats have not quite managed results like this with early season reports being quite poor.  The Sapphire out of Sunderland only took a handful of smaller cod and ling during a recent trip.  The Sarah JFK out of the Tyne took around 40 to 50 fish to 8lb, and the North Star out of Hartlepool on its first trip of the year took 15 cod to 6lb.  Private boats fishing along the Eyemouth and St.Abbs hard ground marks have had promising results with pollack and cod.  Light tackle experts Paul Conroy, Joe Riley and Walter Turnbull on the Charlotte landed 10 pollack to 5lb on lures, with other boats taking similar bags of fish averaging around the 4lb mark.  It is still too early for shore anglers to fish the rock edge marks but these fish will soon move inshore for the summer season.