Shore sport dropped off a little bit during the middle of last week with few anglers reporting any bags into double figures, and then just as we needed it, a nice swell arrived to lift the sea and bring a few better cod inshore. The bigger fish are starting to move further southwards, down the Durham beaches and into the Hartlepool and Teesbay marks where the odd cod to 8lb have been taken, mainly on nighttime sessions. Generally, the Hartlepool piers are producing lots of whiting and flatties with specimen whiting to 2lb and bigger dabs and flounders to 1lb among them. Increasing numbers of smaller cod are evident particularly along the promenade and from the low water marks, and these areas are the best to try for the bigger cod and to avoid the whiting in all but the heaviest of seas.

The better bags of cod are once again in the north of the region with the rock edge marks north of Roker towards South Shields producing cod to 6lb or more. The Tyne has a lot of smaller fish showing with bigger ones to 4lb in the lower river. South Shields pier is producing some nice mixed bags of cod, coalies, whiting, flounders and dabs, while the various rock edge marks along the Northumberland shoreline are proving to be productive on nighttime tides. You do not have to travel too far however as the broken ground marks along Whitley Bay beach and the clean ground along Blyth beach have been very popular lately. 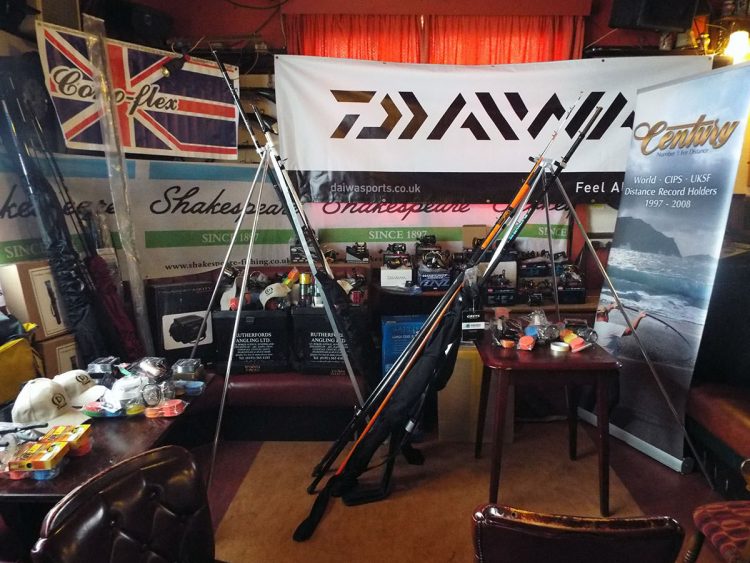 Dave Airey won a Whitley Bay match at Blyth with seven cod for a total of 7lb 9oz, Paul Brown had four for 6lb 9oz, and Colin Bell landed the heaviest fish of 2lb 7oz. Collywell Bay produced three cod for Malcolm Watts to win a S.B.R.A.A.C. match with 7½lb, where Steve Alexander also had the heaviest fish of 5lb 7oz. A Blyth match saw one of the better weigh ins with 12 out of the 18 entrants landing mixed bags of cod, bass, whiting and flounders. P. Smith had seven cod and a bass weighing 15lb 9oz followed by Nigel Howitt with four cod and three flounders totalling 6lb 10oz. John Herron landed the heaviest fish of 4lb 1oz. Seaton Sluice A.C. also got among the fish with nine out of 13 anglers weighing in. Mal McIntyre had 12 fish for a total of 12lb 15oz ahead of Dave Crudas with three totalling 7¾lb, and Ivan Stott with 7lb 7oz.

The Sunderland Open on Sunday saw 56 out of the excellent entry of 300 weigh in. Top prizes were all for the heaviest fish and the best of 2.33kg was taken by Tony Grant fishing at Marsden. Second placed Darren Donkin had a cod of 1.98kg and Ian McGloughlin had one of 1.49kg to take third. George Patterson had the best flatfish of 0.68kg, top lady was Jackie Feeney with 0.26kg and best junior was Katie Turnbull.

South of the Tees the cod are also starting to spread out a bit with the masses of fish previously evident around the Scarborough and Whitby areas now moving northwards. Terry Dalton won a St. Mary’s match with five cod totalling 11lb 10oz and runner-up Anthony Chambers three fish bag of 9lb 6oz included the heaviest fish of 6lb 5oz. The match saw 15 out of the 19 competitors land 39 whiting, 19 cod, 2 flounders, a dab and a rockling. A Redcar N and G match saw Jeff Walker win with a single cod of 5lb 14oz.