Still no reports of any shore caught mackerel as yet, though those trying for them from the Hartlepool piers report lots of sprats showing on some tides so they are probably not too far away. Persistent onshore winds are putting a little too much movement and colour into the water to keep them from moving closer inshore. Those bait fishing from the piers report only undersize dabs and the odd better sized flounders. Crimdon beach and most of the marks up to Seaham have produced the same results with shore sport generally very quiet. When conditions allow plaice have started to show from Roker and South shields piers and more fish should show over the coming weeks with specimens over 3lb always likely to fall for ragworm baits.

As with the previous few weeks unless you want to travel down to Holderness and the Lincolnshire shoreline in search of bass, thornback rays and smoothound, or over to the west coast Cumbrian shoreline for the same, plus lots of flounders, or an early trip to the rock edges around Eyemouth for cod and pollack, then the local rivers offer the best prospect for a bit of sport, especially if you can fish with lighter tackle. All of the upriver marks in the Wear and Tyne have lots of flounders and small codling taking worm and mackerel baits and there is always the chance of a bigger flounder around the 2lb mark to make a visit worthwhile. In the mid river Tyne marks small codling dominate with the odd bigger specimens amongst them, as well as flounders and coalfish taking crab baits. The Wear has lots of small coalfish mixed in with the flounders on most tides. 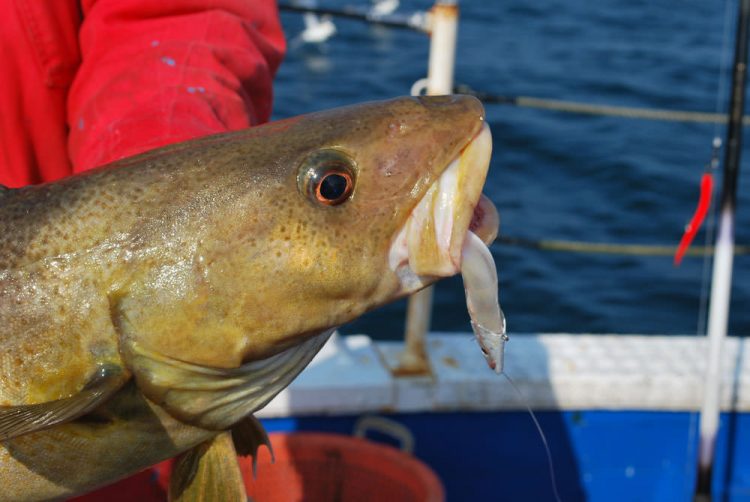 Some cod are starting to show from the hard ground marks north of the Tyne, even in unsuitable conditions in the recent gale force winds. Blyth A.C. had an early trip to the Northumberland rock edge marks where M.Foster won with two cod for 5lb oz, the bestthe weighing 4lb 7oz. D. Carrs had three cod weighing 5lb 1oz, and J. Heron had two for 3lb 15 oz.

Boat anglers are having a good start to the summer with large numbers of cod showing from all along the north east shoreline, sometimes just a few hundred metres offshore. Recent trips have had very early starts to get a bit of calm weather before the winds pick up. The Macer G out of the Tyne saw Barry Graham, John Turnbull, Peter Clarke, Paul Hague, and Martin Hope land 131 cod to 8lb by mid morning. Further offshore, the Sarah JFK 2 has been taking bigger fish from the wrecks and hard ground with cod to 10lb taking lures and ling to 15lb taking fresh mackerel baits. The best two trips produced 161 fish and 150 fish. The Sapphire out of Sunderland fishing the inshore marks has had several productive recent trips, the best saw eight anglers land large numbers of cod around the 2lb to 3lb mark, some better ones around 5lb, and the best at 10lb taken by Michael Laveric.