Bispham Angling and Springfield Sea Angling Club have had some cracking results this month with the codling on the North Pier. They are having a cracking spring run of them and there have been many codling and cod caught. 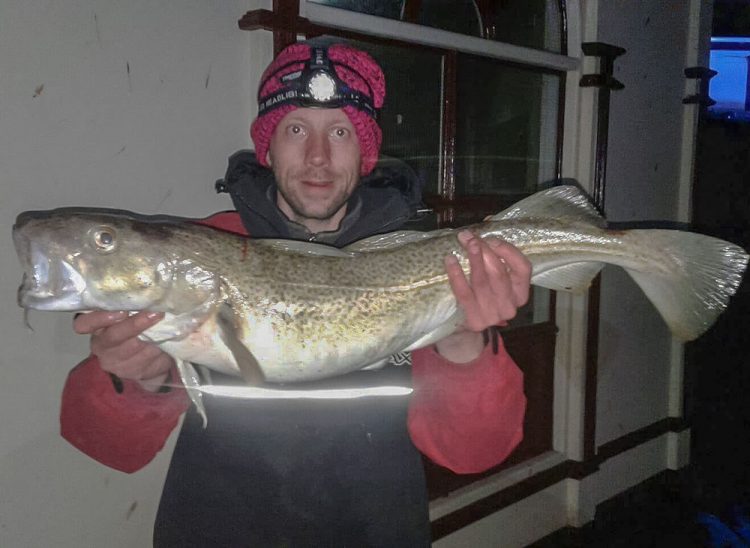 Last Sunday, 19th March at Otterspool ten members of Leyland & District Club fished a match. The weather was very windy a few showers and they fished four hours of the flood and the first hour of the ebb.

There was a considerable amount of weed at the start of the match but it eased off. This did not prevent the fish from feeding from the word go and most anglers had good catches. The winner landed 7 codling to 48cm and a whiting for a total length of 317cm. Most of the fish fell to crab baits.

The same day Fleetwood and District Angling Club also fished a match. What a difference a week makes as the poor weather kept the numbers down to the diehards at Lytham. It was very windy and lots of fresh water flowed down the Ribble, killing off the fishing.

Last Tuesday night on the Gynn wall Ken Phillips landed a decent codling around 2lb, the fish was caught on Bispham fresh blacks.

Paul England, a member of North Pier reports that he had a fantastic day on the pier. He landed 15 whiting, four plaice and a couple of codling. He returned most fish retaining a codling of 4lb 3oz. All fish fell for fresh black.