Another fantastic turnout for the Norfolk Angling Club, with 19 members arriving at Kelling for what was forecast to be a cold one with freezing fog, a few of our members were away or ill, so we would have had approximately 25 fishing, which is great for a small Monday night league, well done to all who braved the conditions. 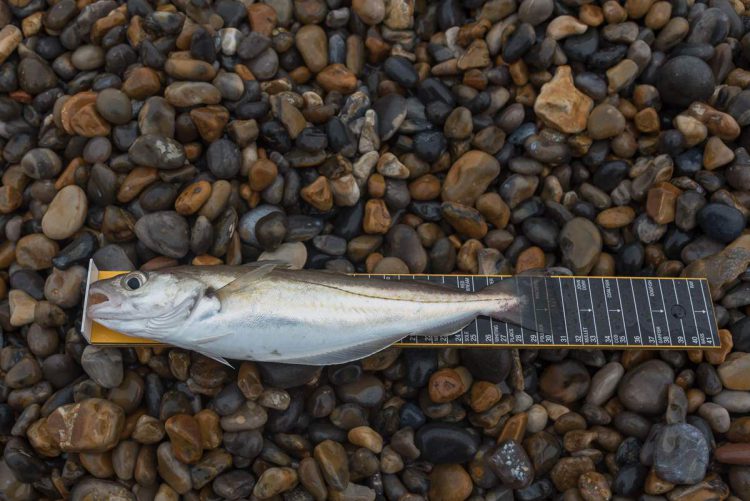 Historically, Norfolk Angling Club have found that the wreck end of the venue normally fishes better than to the left but tonight we were to be shown that venues can often make you rethink and can often throw up surprises, this is why we all fish because you just never know what is going to happen.

Many struggled for the first hour fighting off undersized whiting and dabs, but as the match progressed some good fish were being carded all along the match stretch.

Interestingly, Dene Conway has started producing graphs showing the pegs and catches, an idea which may catch on for record keeping. 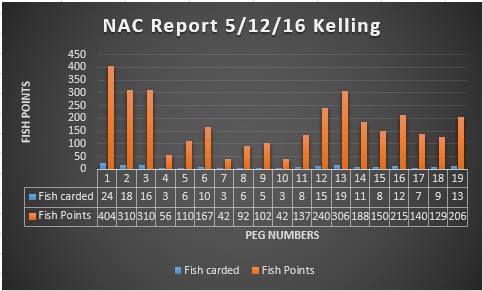 As the graph shows the first three pegs opposite the carpark seemed to be the hotspots, with most fish coming from around the 80-yard mark.

This week it was Luke Childerhouse who was on the fish, with a steady stream of sizeable fish to take top spot on the podium with 24 fish for 8lb 62/3oz from peg 1, on peg 2 it was Simon Bone with 18 fish for 6lb 71/3oz taking second place on the podium on fish count back to Adrian Bordianu third week in a row on the podium but this time taking third place with 16 fish for 6lb 71/3oz. Only Russell Taylor on peg 13 was close to the top three and a mere 11/3oz would have moved him into 2nd place as he had 19 fish for 6lb 6oz.

A close fought match but one that clearly shows how important a peg draw can be, and as a few seasoned veterans said last night, “Luck of the Draw”.

In Total 196 sizeable fish were caught and returned with a total weight of 69lb 111/3oz.

Next week’s Norfolk Angling Club match is at Bacton, meet as usual at the Red House Caravan Park, this match is a rover but please make sure you are near someone to record your fish.

Use Your Time Wisely on Winter Tackle Maintenance