Near Two Hundred Pound Skate from the Shore

Joe Campbell and his son Josh have put in countless hours over the past couple of months trying to hook up with one of shore fishing’s monsters. Their efforts paid off last night when fishing from West Loch Tarbet pier on the island of Harris. The pair were two hours into their session when the line on one of their rods screamed off, this proved to be a line bite but was quickly followed by a run on Joe’s rod.

After an epic 20 minute battle the female common skate was beached beside the pier. The fish measured out at a terrific 196lb and was quickly returned by the duo. The fish took a whole mackerel fished on a 10/0 hook. 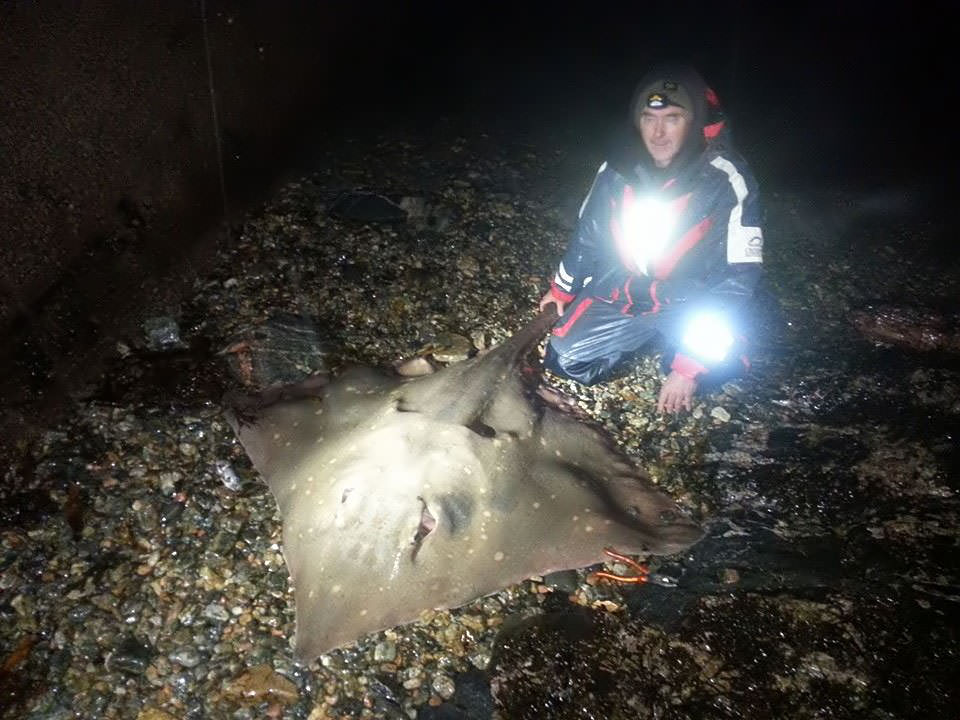 About an hour later Josh hooked into one and at one point had it to within 10m of the pier where it took off on a run of about 100 metres before he managed to turn it. The fight went on for a further 20 minutes and just as Josh was hoping he had the upper hand the hook parted company. On closer inspection of the rig it was found that the line had slipped through the crimp. It was a rig bought online so lesson learned, make your own rigs.

Joe had one further run but the skate spat the bait out after less than a minute.