After a few weeks’ vacation, it was back to the saltwater, first in Stuart, FL at the DOA Lures Outdoor Writers Conference. With lots of freshwater discharge being dumped into the St. Lucie River, the fishing there was less than spectacular. Still some nice fish were caught during the 2-day event including this big snook that ate a DOA Big One Terror Eyz under a bridge. Thanks to Mark Nichols and all the staff at DOA for the invitation and another great event. 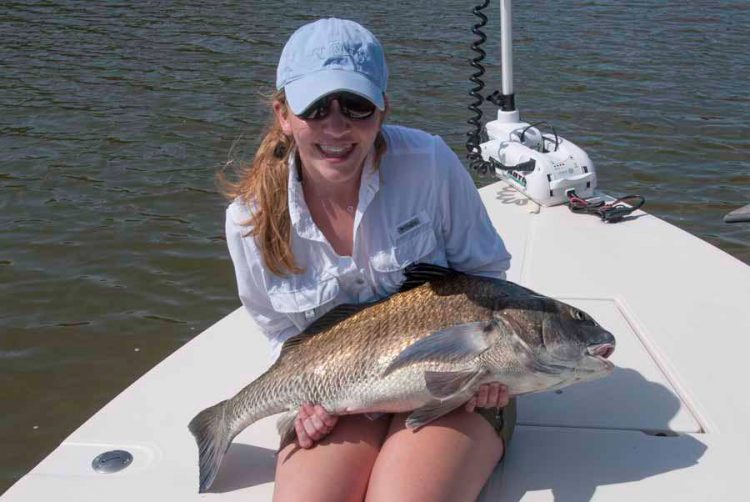 Back in my home waters of the Mosquito Lagoon and Indian River, much has changed over the past two months. The brown algae that had invaded our waters last year is back in full force. The water in much of the lagoon system is now stained a brownish green colour and visibility is 1ft or so. However, some areas still have crystal clear water. For the deep-water grass beds, the algae will be devastating, for the anglers, it is a nuisance but fish can still be caught in good numbers.

If you are wanting to sight fish the stained water areas, you need clear skies and light winds to be able to spot fish consistently. I had both these conditions on a scouting trip this week. I saw redfish in schools, pairs, and singles cruising on or near the surface. Double-digit reds were caught and released along with a few big trout on fly, DOA shrimp, 5.5 inch CAL lures, 3 inch CAL, and Baitbusters. Colour did not seem to matter as long as the presentation was good. 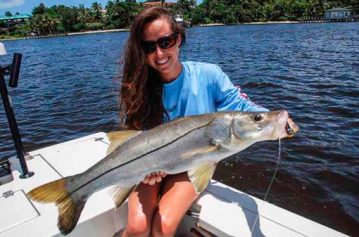 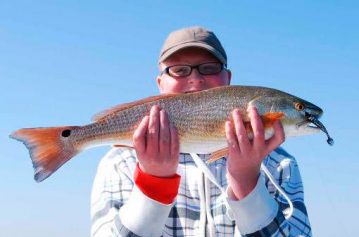 For my charter the following day, the weather was not as nice. Wind and clouds made spotting the fish nearly impossible on the flats. A call from my friend Capt. Tom Van Horn saved the trip. We drove over to his location where Steven and Meagen quickly hooked up on some big black drum on light tackle.

Anglers fishing this time of year have a variety of styles and species to choose from. For lots of fast action and some fun using ultra light tackle or fly, look for schools of ladyfish. They can be found by watching for diving terns and pelicans. Mixed in with the ladyfish will be trout, jacks, bluefish, sailfin catfish and more. This is an excellent choice for kids and less experienced anglers. Using a spoon or bucktailed jig and a small piece of seven-strand cable will eliminate having to constantly put on a new lure and retie the leader. 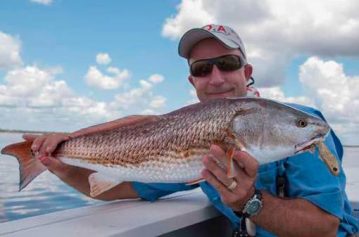 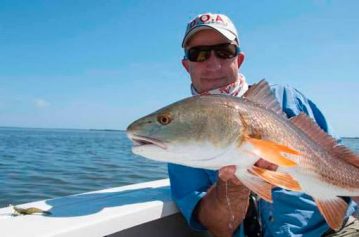 Up on the flats during calm sunny conditions, redfish and big trout will be feeding. For an exciting topwater bite, use a shallow running DOA Baitbuster on the surface with a steady retrieve.

This is the time of year to carry at least one heavy rod with 60-80 pound leader, as big tarpon are always a possibility. For the fish over 50 pounds, I like to use 20-30 pound braid and tie a sinking Baitbuster or a Terror Eyz to the above mentioned leader. Most of the time the big fish are in water over 6ft deep but it is common to see huge single fish cruising in less than 2 feet of water. Smaller tarpon and some snook can also be found near creeks, culverts and mangrove shorelines. These fish respond well to a holographic DOA shrimp and can be caught on your regular redfish tackle with a 30-pound leader. 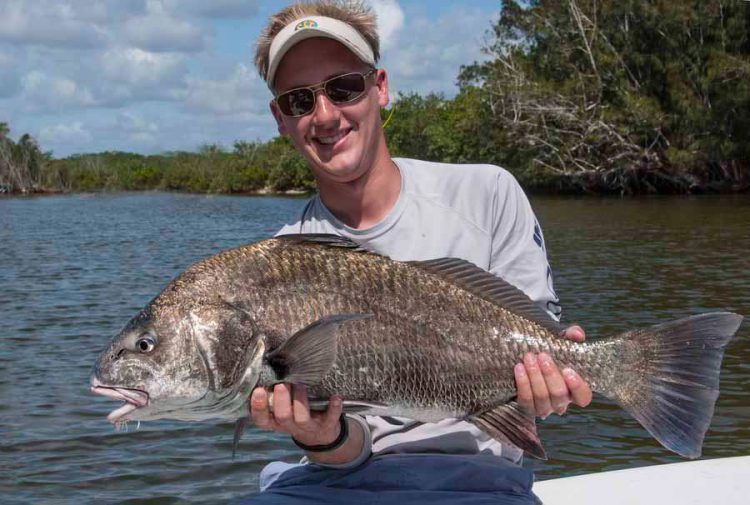